The Hillock of The Oak Tree of The Avatars

The Hillock of The Oak Tree of The Avatars August 9, 2016 Father Seán ÓLaoire, PhD

Cnochán Dara na Naomh (The Hillock of The Oak Tree of The Avatars) is a Caol Áit.  Now, in Gaelic, a Caol Áit (a thin place) is a location in which the veil between the mystical and the mundane, between the sacred and the secular, between the transcendent and the immanent is diaphanous.  Even the dullest of us will have experiences, in such places, that stir ancient memories of our true home.  Even the most pre-occupied of us, in such places, will have déjá vu experiences of another time.  Even the most cynical of us, in such places, will find our hearts asking, “Why not?”  Children will easily spot faeries, sprites and elves there; and the mystics become one with the God-energy.  That’s the sense of Caol Áit in Gaelic.

Well Cnochán Dara na Naomh is such a place.  Cnochán means a little hillock, and, indeed, that’s all it is.  It rises humbly a mere 12 feet above its surroundings, and even that lofty perspective was only afforded it because, in an effort to carve a building pad for my planned home, I excavated down through nearly 12 feet of gravel and churt.  So it’s really a hillock by default.  But it has taken to its newfound pre-eminence with a dignity and a demeanor that would do justice to an Everest or a Mount Blanc.  It now guards the southern flank of my completed home.

On the crown of it is an old Scrub Oak.  Now, in the family of oak trees, the scrub oak is not exactly a prince, more like a scullery maid, really.  Still it bestrides the hillock and from its twin boles affords shade, via its many gangly limbs, to the entire hillock.  The word, Dara, in the title of the place is the genitive form of the Gaelic word for an oak tree.  And oak trees were sacred to the Celtic druids.

Around the sides of the hillock I have constructed a sand-strewn pathway, bordered with hundreds of little stones. At various places along the path stand six “Peace Pots,” little ceramic containers each with a symbol of a major religion – Hinduism, Islam, Judaism, Christianity, Buddhism and Shamanism.  At some of these places, I also have stone statues – one of Krishna, one of Kwa Nyin, and one of an Inukshuk that I built myself.  On the trunk of the tree, at eye level, is a wooden carved Madonna and Child.

This hillock is the final stage in a pilgrimage route that wanders around my house.  It has 23 stations each representing a part of a new Eucharistic Prayer which I wrote in May 2007.  I call it, “The Eucharistic Prayer of the Cosmos.”  Well, Cnochán Dara na Naomh is the final station on this Camino. Each day when I complete the stations-pilgrimage, I sit there, looking to the West and feeling the energy of the sunset.

I was there one evening as the sun disappeared behind Bald Mountain across Pena Creek.  And that was when the oak tree began to speak to me.

“Have you never noticed me before?” asked the oak tree.

“Yes, many times.” I replied.  He nodded sagely, so I ventured a question of my own, “If you don’t mind my asking, how old are you?”

“It depends on what you mean by you” the tree responded.  “If you mean the me of this particular spacesuit?  Then the answer is 165 years since my mother shed the acorn that housed me.  But if you mean the me of my soul, why then, I am just as ancient as you, and precisely as eternal as God’s first venture into creating.”

I settled back in my seat, had one last lingering look at the green-blue skyline where distant trees marched along the horizon, and closed my eyes.

“Once upon a time” began the oak tree “and a very long time ago it was, your soul and mine made an agreement.  We were playing in God-space when we happened upon an Earthling who was astrally traveling in her dreamtime and we asked about her home place.  She told us of Gaia, a wonderful Super-soul who had volunteered to animate an entire planet, to produce life there and to nurture it until it finally threw up a species capable of recognizing the God in all forms.  She told us that such a species had now been born but was having a very difficult time dissolving the illusions; illusions that had taught it to fear God, to desecrate nature and to breed prejudices within its own family.

“In recent times several great avatars, she said, had been sent to wake up these people, and the tide was, indeed, turning – but ever so slowly.  In the meantime, greed and intrigue, science without conscience, technology without ethics and economics without vision were threatening to wipe out the entire species, causing lots of other collateral damage in the process.  It was a race between the avatars and the addicts.  She told us she had vowed to travel nightly in her astral body to seek volunteers from other dimensions to come to save her people.  And you and I signed up.  We sat with our angelic mentors and planned a whole series of incarnations to add our love to the work of the avatars.  And we got very creative as a team.  The agreement was that I would incarnate as an oak tree each time and you as a human.  But we would find each other and work together.

“Our first effort found us in Celtic Ireland after the Tuatha Dé Danann had shape-shifted and become the faery folk; and before the missionaries of the Jesus avatar had reached Irish shores.

“Can you remember any of the other places or any of the other times?” He asked me.  Without waiting for an answer, he continued, “I can.  Because I stand here decade after decade in deep meditation.  I am still the Axis Mundi connecting the mystical and the mundane.

“So, here we are again – I as an oak tree once more, and you as a human.  I have to admit that as oak trees go, the scrub oak isn’t mighty and majestic as other spacesuits I’ve worn; nor does this particular suit stand out among the other scrub oaks, even ones I can see from here.  I have a gash in my side where you scored me deeply as you taught yourself to drive a D8 while you excavated a site for your new home.  That was a close shave; I thought for a moment that you would blow the entire mission and knock me over with that eight feet wide steel blade of your high-track bulldozer.  So I had to make a pre-emptive strike.  I sent you down the hill on a slope so steep that you could not extricate the machine.  Next day even another D8 could not pull it up the hill, rather it had to create a new trail, 100 feet away and pull the stuck D8 out backwards.  I breathed a sigh of relief.

“But, when all the clearing was done, here I stood absolutely alone, lord of the hillock.  And you thought it was a coincidence!  You sat here, under my shade, daily for years and imagined what your home would look like.  You laid it out with colored ropes – orange for the garage and decks; white for the exterior walls; and blue for the interior walls – and then you came and sat at my feet again to survey your handiwork.  For years that was all you had to look at – colored ropes, the floor plan of a dream.  We sat together and imagined the finished home.

“And when, at last, it was completed, I spoke in the stillness of your soul and said, ‘Now it is time for you to build my home.  Make a shrine of this hillock, decorate it with saints and sages, with flowers and plants, with a sand-filled, meandering pathway lined with little stones gathered from around my hillock.  And when it is finished we will call it, Cnochán Dara na Naomh.  And, indeed, it will be a Caol Áit.

“Now I can be your Axis Mundi again.  Now you can connect to the sacred and the secular.  Now you can be a teacher again.  Now, once more, we can honor our promise to the astral-traveling Earthling of so many centuries ago.  Now you have begun to remember.

“Now is the only time that matters.” 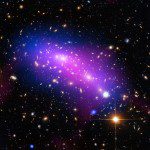 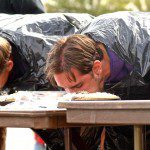 August 16, 2016 Is Greed a Natural, Fundamental Human Trait?
Recent Comments
0 | Leave a Comment
"Loved it!"
Morzen Ciotógs and Lefties and the Like
"How I admire your clarity, ty Fr. Seàn"
Gerardo Gomez Original Sin
"You and I are of a similar mind, having taught the alternate "mythology" in a ..."
Joris Heise Original Sin
"When you carefully read the actual legends about "Original Sin" some odd things emerge. "The ..."
Kyllein MacKellerann " Original Sin
Browse Our Archives
get the latest from
Companions on the Journey
Sign up for our newsletter
POPULAR AT PATHEOS New Visions
1