I Want Your Ego on A Platter!

The Ego makes a great servant, but a tyrannical master.  A very wise man once said, “All human suffering lies in the gap between the ego and the Self.”  It is like the gap of the spark plug that ignites this engine of suffering; and this engine drives the automobile of life’s journey.  The problem begins when the ego, not content with being a spark plug, also attempts to be the entire car and the driver of the car.

Spark plugs have their place, and the ego is vital to the experience of incarnation; without it you wouldn’t be able to pull on your boots, stop at red lights or pay your taxes.  However, when the ego gets beyond itself – and consumerism constantly inflates the ego’s importance and its needs – tragedy follows.

Egos are little islands peering over the ocean’s surface, convinced that they are discrete, separate entities competing with each other for sun, wind and waves.  However, islands are an illusion perpetrated on a consciousness unaware of its roots – planet Earth’s single, global crust.  When islands battle each other, both personal and interpersonal damage is done.

The Ego of the Oligarchy

But there is another far more powerful (for good or ill) level of ego; it is the ego of the oligarchy.  When this ego is out of whack, then international or even world-wide damage is done.  We see this in the history of tyrants, inquisitions, crusades, world wars, hostile takeovers, surveillance regimes, fascism, National Security States…  It is alive and well in politics, corporations, religions and the military-industrial complex.

Vatican II was an effort on the part of the Roman Catholic Church to bring back balance into the ego of the oligarchy.  It proposed a model of concentric circles of influence and of a “Pilgrim People” rather than the old pyramid of power with its skewed two-way communication: orders from the top down and obedience from the bottom up.  Those were the heady days of Pope John XXIII in Rome and flower power in the USA.  Unfortunately, the curia in the Vatican and the FBI in America knocked those silly ideas on the head.

So the struggle to tame the megalomaniacal ego of the oligarchy needs to be undertaken again in our times.  The ultimate authority is meant to be an informed individual conscience, with the emphasis on informed; and that means, as a first step, freeing oneself from the propaganda of the mass media and thinking and searching for oneself.

Each one of us must attempt to find the ideal way to identify our Buddha nature and to promote Christ Consciousness.  In this endeavor it is important not to give any person or institution a blank check in the currency of obedience.  Gurus and popes, presidents and military commanders have frequently demanded that and, upon receipt of it, have turned the sheep into genocidal wolves.

According to the Rule of St. Benedict – the founder of Western monasticism – the monks should listen to the views of its youngest member.  Before ideals disintegrate into cynicism, we need to listen carefully to the questions our children are asking.

The notion of submission is frequently misunderstood.  It is not about self-denigration but rather putting the piece of one’s personal mission into the jigsaw puzzle of the greater mission of the planet.  It is a sub-mission.  It is most certainly not about placing one’s ego (however imperfect) under the control of some other imperfect ego  – of a leader or an organization.  Out of the frying pan into the fire is not going to save you from getting badly burned.

The word, “Islam” originally meant that: weaving one’s personal thread into the fabric of God’s greater plan.  In Gaelic we use the phrase, “Féin ísliú”, which again does not mean self-abasement but rather becoming a team player.  There is a huge difference between teamwork and servility.

Humility, from the Latin, “humus” (meaning earth or dirt or soil) means to be radically grounded in truth, not to demean oneself.  An old spiritual director once told our young, eager class in the seminary, “humiliation is the road to humility!”  He couldn’t have been more wrong.  Humiliation is the road to resentment, lack of confidence and depression; and when one gets into a position of power, to the infliction of humiliation on others; until the energy driving the entire endeavor is craven obedience and spiteful bullying, so that the entire enterprise becomes fodder for a global therapist’s couch.

The ego – both the individual’s and the oligarchy’s – needs to be regularly earthed in the reality of love and compassion, and in practices of kindness, forgiveness and patience.

The ionosphere impregnates the planet with good, negatively-charged particles, via thousands of lightning strikes a minute, so that bare-footed beings (animals, plants and humans-before-shoes-and-carpets) can regularly discharge the pent up free radicals produced in our bodies by the chemical and emotional toxins of our stress-filled environments.  Just as surely the ego needs to be earthed  and grounded by daily bare-hearted contact with the overarching reality of love.

To whom, then, should we defer? There is nobody on the planet whose soul is older than yours; respect that fact in yourself and in them.  All of us have simply volunteered to play different and complementary roles during incarnation.  When the drama is ended and we step out of our costumes, in the green room of the bardo, both pope and pauper realize that all of us are equally beloved, equally precious, equally important, byte-sized bits of God.  Shame on the ego for being dazzled by the costumes – mine or others.

Personality is the interface between the soul and its incarnational environment.  Temperament is the hard-wired developed imprint of all previous incarnations, experiences, learnings and mistakes.  Modern psychology only got two-thirds of the equation by claiming that personality is simply a jousting match between genetics and environment or between nature and nurture; rather it is a holy trinity of nature, nurture and the pre-existing, eternal soul.

All for one, and one for all

The human body is a community of 70 trillion cell-members, each one of whom can be totally self-reliant; each one has its own brain (not the nucleus but the surface membrane), its own respiratory and elimination systems etc.  But, at some stage in our 3.7 billion years evolution on the planet, individual cells banded together into multi-cellular groupings in which clusters agreed to specialize as discrete organs (heart, liver, lungs…) and re-identify as a total organism.  So when you move about, you move as a monad; no part of you gets left behind when you go from the sofa to the fridge to grab a snack.

Occasionally cancers occur, when one group sets about to create a coup.  If it’s successful, it will inevitably lead to a murder-suicide, for, in killing its host, the cancer is sealing its own fate too.  And cancers can occur not just in the physical body; they occur also in the psyche: anxiety, anger, depression, jealousy… All can lead to murder-suicide pacts in our relationships to self and others.

A fractal is a pattern that occurs at an infinite number of scales.  Each of us is a printout of the fractal nature of reality.  And you can start the fractal at any level: from quarks to universes; or from single cells to the community of all sentient beings. However, at no stage in the life of an organism does the collective oppress the individual cells, though each cell has a shelf-life during which life it honors both itself and the collective.

However, there is at least one level of the fractal which hasn’t yet learned this lesson: human sociology.  There have been several unsuccessful attempts, each scuttled by the fear-based greed of an ego (individual or oligarchical) e.g., Communism, Socialism, Democracy, Capitalism, the Jesus Movement.  All of these have, at some stage, been corrupted; but we need to be patient and forgiving.  In comparison to the history of the cell (3.7 billion years) the human sociological experiment is a neonate.  It’s less than a quarter of a million years old.

Even the protozoa, the original cells, struggled and got their asses whupped for 1.5 billion years, for instance, before they learned to survive the (to-them) toxic oxygen which they liberated from water (H2O  ) as they extracted hydrogen – their favorite food.

Imagine an obese American teenager gorging on Big Macs (favorite food) and thus signing up for a premature death, and you have a modern example of what cell development experienced way back when.

The good news is that evolution has gone asymptotic; so it is not going to take us 1.5 billion years to unleash our Buddha nature.  It’s a dance between the soul’s eternal perspective and the ego’s it’s-gotta-happen-in-my-way-and-in-my-timeline’s agenda.

So the trick is to appreciate what it will yet take, sprinkle patience on this Christ Consciousness project but never compromise the vision. 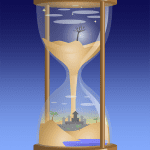 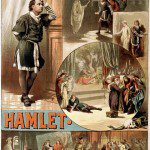