Turning Toward the World, Part 1: The Clock is Ticking

Turning Toward the World, Part 1: The Clock is Ticking February 8, 2017 Daniel Baer

Regardless of your opinion on Brexit, the Presidential election, cabinet picks, or any number of political or social issues, one thing is certain: many people in our country and around the world are experiencing a deep sense of malaise and uncertainty about the direction of nations, economies, cultures, and our whole planetary community.

We don’t need to go into the issues in depth, but some of the most serious can be enumerated quickly: we are 7.5 billion people now and still growing, all these people need to be fed and given a chance at a decent life, and yet Earth’s energy and material resources are finite. The planet and atmosphere cannot sustain our modes of energy production and resource extraction and disposal much longer; it’s quite possible that some of the damage and processes we have set in motion are irreversible. Regarding resource disposal and pollution alone, in his encyclical Laudato Si’ Pope Francis writes:

“Each year hundreds of millions of tons of waste are generated, much of it non-biodegradable, highly toxic and radioactive, from homes and businesses, from construction and demolition sites, from clinical, electronic and industrial sources. The Earth, our home, is beginning to look more and more like an immense pile of filth. In many parts of the planet, the elderly lament that once beautiful landscapes are now covered with rubbish… Frequently no measures are taken until after people’s health has been irreversibly affected.”

Not only are species rapidly being lost as a result of this much frenetic activity and waste generation, but human languages and cultures are going extinct as well; you can research the reality: hundreds of indigenous languages and cultures are endangered and will be extinct by the end of the century unless serious action is taken. The loss of these cultures, many of them still attuned to the natural rhythms of the seasons and the land, tragically reflects the discord and disconnect between our twenty-first century global system and the billion-year-old rhythms of earth.

And, even with a global economy and a United Nations, nationalism, which is really only an expression of a deeper phenomenon—tribalism, remains a powerful force in the world. Biologically, evolutionarily, we’re pulled perpetually toward our respective tribes: the people who look like us, speak like us, comport themselves like us, and live like us, and the danger of tribalism is massively exacerbated by the threat of nuclear war.

Have no illusions about it; the Doomsday Clock, conceived in 1947 and maintained by The Bulletin of the Atomic Scientists’ Science and Security Board, was set at three minutes to midnight, one minute shy of where it was in the 1950s, and only five days ago, was advanced another half-minute closer to midnight. Russia has thousands of nuclear warheads deliverable by ICBMs while the United States has any number of 14 Ohio-class nuclear submarines quietly patrolling the world’s oceans equipped with Trident-II missiles; a single submarine carries 24 missiles, each capable of delivering eight to twelve independently targetable nuclear warheads, with a range of over 7,000 miles. No wonder a 2014 poll conducted by Gallop International found that the United States is, by a long shot, perceived as the greatest threat to peace in the world; imagine what the perception in January 2017 must be.

The environmental situation and the military situation are existential threats for the human race. The alarm bells are ringing. The solutions may be complex, but one thing is certain: any solution to problems of this magnitude must begin within each one of us. And this is the scope of this series of articles: What needs to happen within the perceptions, the minds, and the hearts of people themselves to enable us to participate in what Judaism calls Tikkun Olam: the repairing of the world, the healing of the world—what Catholics might call participation in helping bring about the Kingdom of God. 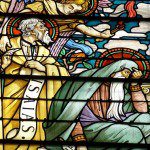 January 31, 2017
The True Lineage of the Avatars
Next Post 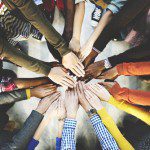 February 14, 2017 Intentional Communities – Radical Schoolrooms of Unconditional Love
Recent Comments
0 | Leave a Comment
"How I admire your clarity, ty Fr. Seàn"
Gerardo Gomez Original Sin
"You and I are of a similar mind, having taught the alternate "mythology" in a ..."
Joris Heise Original Sin
"When you carefully read the actual legends about "Original Sin" some odd things emerge. "The ..."
Kyllein MacKellerann " Original Sin
"Nicely put."
John Purssey Original Sin
Browse Our Archives
get the latest from
Companions on the Journey
Sign up for our newsletter
POPULAR AT PATHEOS New Visions
1