The Birth of Compassion – and Fear

The Birth of Compassion – and Fear May 2, 2017 Father Seán ÓLaoire, PhD 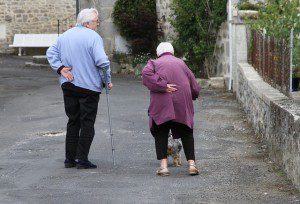 When a soul volunteers for incarnation, it encounters many forms of limitation.  Firstly, its cosmic spaciousness must now be cramped into a 3-D fetus-about-to-become-a-body; secondly, its cosmic intelligence is forced to operate in a tiny, 3-pounds piece of “wetware” that we carry between our ears; thirdly, time has to be invented in order to break up the gestalt of Unity Consciousness that the tiny brain can no longer comprehend (this allows for the chronological apprehension of the pieces, in an effort to re-constitute the original whole); and, fourthly, amnesia is created for who I really am and why I volunteered to come here.

Now the newly emerging ego begins to believe its own illusion e.g., “I (ego) am ME” leading to, “I need to fight to survive!”  Then a very strange thing happens: upon meeting pure, unconditional love, the ego experiences fear.  At a deep, primitive level, it realizes its days are numbered.  Eventually, the ego will dissolve under the warmth of love.  This subconscious realization creates panic – even terror.

To complicate things – and to shore up its own defenses – the ego quickly attracts all of the old fears generated, but not dissolved, in previous incarnations.  Gratefully, these are modified by all of the love encountered and built up in those former lifetimes.  Thus, the personality of the newborn is the mixture and balance of these previous experiences.

I used to believe that love and compassion were synonyms; now I realize that they are not.  Rather, compassion only comes into being when love encounters fear.  The all-encompassing, unconditional love begets compassion as it encounters egos that are imprisoned in fear.  Compassion is love’s attempt to vicariously experience the pain of the fragile, suffering, separate self.  At the other end of the meeting, upon encountering love, fear becomes terror, which then leads to anger, because it realizes its very existence is threatened. But no matter how long, how vigorously or how many lifetimes it resists, eventually it will succumb totally, and its own discrete, skin-encapsulated sense of isolated self will be drawn back into the seamless ocean of Source, on the ultimately irresistible waves of love.

The fear that held the ego in the prison of solitary confinement, appears at very many different levels – like a fractal.  It arises in all relationships, in illnesses, in competitions and, finally, when the time comes to “shuffle off this mortal coil”.  At a mega level, groups also have an ego.  When this national, religious or racial ego is threatened, it falls easy prey to the memes and propaganda of fundamentalism, in any of its many guises; and then even “ordinary” people can be lead into the enthusiastic embrace of becoming agents of genocide.

Love is infinitely patient and will wait out countless incarnations, and eons of Earth time, until Her children – individually and as a species – melt their egos and return to Source.

Congealed fear – at individual and species-wide levels – is the origin of all violence; and unconditional love is the antidote.  Within the 70 trillion cells in the average human body – each cell containing about 10 trillion atoms – are enough photons to light up a baseball stadium at one million watts for three hours.  And there is enough love in one liberated human heart to light up planet Earth.  Jesus did it, so did the Buddha and mother Teresa, Martin Luther King Jr. and Mahatma Gandhi. 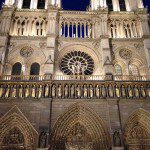 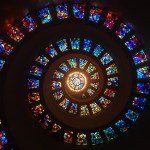 May 10, 2017 Uncover Your Creative Spirit: Park the Ego and Try the Tango
Recent Comments
0 | Leave a Comment
"How I admire your clarity, ty Fr. Seàn"
Gerardo Gomez Original Sin
"You and I are of a similar mind, having taught the alternate "mythology" in a ..."
Joris Heise Original Sin
"When you carefully read the actual legends about "Original Sin" some odd things emerge. "The ..."
Kyllein MacKellerann " Original Sin
"Nicely put."
John Purssey Original Sin
Browse Our Archives
get the latest from
Companions on the Journey
Sign up for our newsletter
POPULAR AT PATHEOS New Visions
1