Pray, What Do You REALLY Mean?

[Introduction: This is a follow-on essay, as a response to an important comment on my essay of last week, which was titled, “Pray, What Do You Mean?”  The comment from “Soter Phile” is, I believe, well deserving of a more-than-a-paragraph response.  Hence, I have written this new essay.]

The Paradox of Prayer

As I intimated in the previous essay, prayer of petition involves a radical paradox because while it is true that this type of prayer has absolutely nothing to do with God, it is equally true that this type of prayer has everything to do with God.  Hence Meister Eckhart, arguably the greatest Christian mystic of all time, said, “I pray daily to God to rid me of God.”  This God, of whom we need to be rid, is the partisan, micromanager who created, interprets, enforces and punishes “the law”, and who doubles up as a cosmic bellhop, ever attentive to our egoic clamorings. He is ready to intervene at the drop of a hat – whether that hat be a yarmulke, a miter or a turban.

The Experience of God

The experience of God is, essentially, ineffable.  In fact, while we may say that we had an experience of the ineffable, it is more precise to say that the experience had us.  Once the experience has faded, and we are back again in this space-time, 3-D reality, we are left, simply, with some residual symbol of the Spirit’s passing.  Inevitably, we try to make rational sense of it, and clothe it in concepts.  Eventually a bunch of these concepts are joined into a map, which we may call, “theology”.  But theology is three stages removed from the actual experience, and each stage filters the experience through the multiple distortions of individual and group fears, hopes and prejudices.  A mystical experience can, then, be the basis for actions that span the entire spectrum from behaving like a Mother Teresa to becoming a suicide bomber.  Meister Eckhart warned us about praying to or following this God.

The Dance of God

The problem, for us, is our failure to make two kinds of differentiation: firstly, between the Transcendence of God and the Immanence of God; and, secondly, between prayer of petition and all other forms of prayer.  Let me pick up on those two vital distinctions.

Firstly the differentiation between the Transcendence of God and Her Immanence. Of God’s transcendence, truly, we can say nothing.  To ascribe any quality to this “God” (love, justice, jealousy – even the ontological category of “being”) is human hubris.  Hence Lao Tzu will aver, “those who say, don’t know; and those who know, don’t say.”  If we must needs speak of it at all, it must be in the language of parable, proverb, poetry, story or art.  If we choose to speak, we must use Zen Buddhist koans (that force the rational intellect to give up e.g., “what is the sound of one hand clapping?); or Hindu’s “neti, neti”; or Christian apophatic mysticism e.g., “X? God is not X; Y? God is not Y.”  In these great insights, we are invited to go trans-rational and trans-personal.

We humans can experience the transcendent but it cannot be reduced to philosophical, theological or scientific data bytes.

This game of God, what Hinduism calls, “Lila”, ends only when creation itself becomes both fully self-aware and filled with compassion.  Then the immanent also becomes transcendent; as Buddhism says, then “nirvana IS samsara.”  While this dance is in progress, however, and before the game is complete, it is important not to reduce the transcendent to the immanent.  Just as the man Shakespeare is much more than his Collected Works, so too is the transcendent far greater than the totality of manifestation or creation (Her immanence.)

And, now, the second distinction: between prayer of petition and all other forms of prayer.

The Many Forms of Prayer

I want to emphasize that, as I pointed out at the beginning of the previous essay, I have been speaking throughout of petitionary or intercessory prayer.  There are, of course, many other types of prayer: praise, adoration, gratitude, thanksgiving, Eucharist etc.  All of these are, indeed, focused on the Transcendent, in the humble realization that, while we are representative of the Immanence of God, Her Transcendence is much greater than the sum of Her manifestations.

One of Christ’s most provocative teachings was, “you must be perfect, even as your heavenly Father is perfect.”  The English word, perfection, is a translation of the Greek New Testament word, “telos.”  Perfection is constantly misunderstood; it does NOT mean living a stainless, sin-free life.  Perfection means being committed to the purpose for which one incarnated.  Hence the word, “teleology” – to strive to become the inner ideal.  So, a little acorn is perfect, because it contains within itself everything that’s necessary in order for it to become an oak tree.

Jesus seems to be saying that even “the Father” is perfect in that sense.  So, the Father, too, is a work in progress, because the Father is NOT the ineffable, transcendent One (if he were, there would be no name or even words to express it.)  Rather, the Father is the immanence, Source’s resolve to manifest a creation tasked with the journey from inorganic matter all the way through to complete SELF-awareness and radical compassion.

Am I guilty of anthropocentrism, then, when I say that prayer has nothing to do with God?  Am I advocating a narcissistic infatuation with the ego?  On the contrary, I am advocating not an anthropo-centric focus but a cosmo-centric one.  When we have, in the past, portrayed petitionary prayer as an appeal to an ineffable, transcendent Source, that was the real anthropocentrism, in which God was reduced to a ready-on-demand “pizza” delivery man; to be summoned and controlled through a tool kit of tricks (Moses’ raised hands to force God to grant victory over the Amalekites; or the Nine First Fridays winning eternal salvation for Catholics); or arm-twisting (Abraham haggling with God over the fate of Sodom and Gomorrah); or pilgrimages (Mecca, Lourdes, Rome, Jerusalem, Sedona…)

Indeed, there are “thin places” which have been impregnated with the fervent longing-for-God of countless pilgrims; and, hence, these shrines exude a transformative energy.  But the Ineffable Transcendent One is just as much “at home” in a trailer park or homeless shelter, to any soul whose GPS is tuned to Source.

If prayer of petition were really a successful technique to persuade the Transcendent Source to intervene in human affairs, then holocausts, genocides and pedophilia would be evidence of either His culpable disinterest or His pathetic powerlessness.  Of course, it is neither, because it is the souls themselves who make the pre-conception contracts with each other to evolve human society by activating the immanent divinity, while the transcendent honors a Prime Directive, previously agreed to by all the parties.  We have been given all of the resources to pass the exam, and the “teacher” is not going to retard our learning by feeding us the answers to the test items, or doing parts of the exam on our behalf.

In talking about the dangers of anthropocentrism, it is important to distinguish between self-realization and SELF-realization; the former being a tendency to inflate the ego, while the latter is the recognition and development of our true divine nature.  We are, at core, bite-sized pieces of God; what Kabbalah calls, Netzotzim (sparks of the divine light.)  “Realize” has two aspects: firstly, to intellectually appreciate and, secondly, to make it real by walking the talk.

The Purpose of Prayer

I agree fully with Soterphile that “the primary purpose of prayer [is] relationship with the living God.”  I would add, however, that God is living inside every one of us, as well as being manifested in the totality of creation. This is not a relationship calculated to create beggars (us) and a benefactor (God) but, rather, to accelerate our dawning SELF-realization, and compassion (which is awareness of the divine in others.)

It is important to realize that the transcendent is not a partisan, micro-managing, lawyer who constantly intervenes in human affairs to decide the outcome of boxing matches or who does and does not survive cancer.  Prayer of petition is, then, accessing our inner divinity, even if particular prayer techniques or sacraments temporarily encourage us to project our needs onto an “external” God; or place our trust in an “outside” divinity.

“You are my son; today I have begotten you” is all the soul needs to remember.  The incarnation you volunteered for, and the life which is your mission, is like a jigsaw puzzle freshly spilled out of the box onto the table.  The soul must trust that every piece that’s there is necessary, and every piece that’s necessary is there.  The colors of the pieces and their contours, plus the image on the box cover, are all you need in order to reveal the face of God – which is the completed puzzle.

The greatest prayer of all, then, is Christ’s “the Father and I are one; to see me is to see the Father.”  This was not a narcissistic, megalomaniacal, unique claim, on Jesus’ part.  It was a declaration of what each soul is meant to achieve.  Hence, in the same teaching (the Last Supper in John’s Gospel), he also said, “the same things I have done you will do, and even greater.” 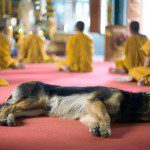 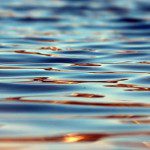 June 6, 2017 Our Thirst to Love and Be Loved
Recent Comments
0 | Leave a Comment
Browse Our Archives
get the latest from
Companions on the Journey
Sign up for our newsletter
POPULAR AT PATHEOS New Visions
1