The Myth of the Given

The Myth of the Given September 5, 2017 Father Seán ÓLaoire, PhD

Imagine, if you will, that you – and everybody you’ve ever met – have had to spend your entire lives in a (very) large room, which has neither ingress nor egress.  On one wall is a large machine from which, by pushing a button, you can extract mincemeat.  None of you has any idea what lies on the other side of the wall which, in actual fact, contains a cow factory. But none of you has ever seen nor even heard of such a thing as a “cow.”   Every so often the owner of the cow factory simply herds a living, breathing cow up to the other side of the large machine which then mangles it into meat, to be delivered, at the push of the button, to your side.

There is no way you could possibly infer the reality or description of a cow from merely observing the mince.  Your presumption would be that at the other side of the machine is simply an inexhaustible mound of squiggly meat.

Our senses are the instruments that allow us to experience the mincemeat but never actually enable us to see the cow. Perception is the stove that then cooks the mince into the meal that we call, “reality.”  And our scientific instruments are basically extensions of our sensorium.

The cosmos is a giant room with a cow mangle set in the wall.  We can never see the other side, so we presume its reality is identical to our own.  Neither the sensorium nor science will ever be able to deliver primary, un-mangled reality to us.

And that is what philosophy calls, “the myth of the given;” the fallacy of presuming that our senses give us an accurate one-to-one map of “what’s out there.”  If that were the case, the dragon fly with 2,700 facets in each of its two eyes, the snake who sees into the infrared range, the bat who hears up to 100,000 cycles per second or the bloodhound who can detect odors in one part in trillions, would have much more complete maps of the cosmos.

If a tree falls in the forest and there is no human present, does it still make noise?  And the correct answer is, “No! It doesn’t make noise.”  What does happen is that the falling tree sets up shock waves that cause air vibrations which, if they reach the human ear in a particular, narrow band of frequencies, will be translated/interpreted/represented by the ear as sound.  Air vibrations outside of that very narrow band will NOT be experienced as sound.

Even if other animals still hear them, two things are true; firstly, the air vibrations must be within the specific range of each animal, otherwise it won’t be “heard”; and, secondly, the “sound” is still an interpretation/translation/representation.

The same thing is true of all of the other senses; they are valves that reduce a deeper reality into a secondary “image.”  According to science, this deeper reality is some form of wave e.g. acoustical or electro-magnetic, that can be fully expressed in Boolean zero’s and one’s.  But what if these, too, are merely other reducing valves of a still more pristine level of reality?  What if there are an infinite number of such reducers between us and ultimate reality?

C. Hints of the levels?

The chakra system with its concomitant seven levels of body – gross, etheric, astral, mental, causal, atman and brahma – may been an effort to wrestle with this issue.  Each higher level revealing a more pristine and powerful order of reality; and the chakras acting as transducers between levels.

And what of Christ’s famous saying, “in my father’s house, there are many mansions.”?  Maybe this does not refer merely to separate heavenly living quarters to segregate Hindus from Buddhists and Catholics from Protestants but, perhaps, refers to different abilities in exploring the levels of reality.

I suspect that the core, ultimate level is pure unconditional love, which is so overpowering that it dissolves not just all fears, violence, anxieties and prejudices but all sense of personal identity and separation from Source.

“Eye has not seen, nor ear heard, nor has it entered into the human heart, what things God has prepared for those who love him,” said St. Paul.  What if this actually means that “heaven” is beyond the reducers of the sensorium and even of the heart?

Pure awareness and unconditional love may well be the pre-reduction state, the original and only reality before the game of Lila began; a game in which God plays hide-and-go-seek with Herself, creating all forms of illusions, distractions and detours to make it an exciting adventure.  Lucky us that we get to be the characters in this dream of God’s.  Like children at a campfire fearfully encouraging each other to tell ghost stories, this dream occasionally feels like a nightmare.

The trick is to become lucid; and the sequence is to first dream lucidly and then live lucidly.  When we do that, the nightmares dissolve and laughter begins.  Then we creep up on God, grab him from behind and cry, “Gotcha!” – only to realize that we’ve grabbed our own shoulders.

Then, again, what if the senses are not really “reducers” but “enhancers”?  What if the senses are the most basic form of imagination, with the extraordinary ability to transform the dull series of science’s 0’s and 1’s into the image of a daffodil or the sound of children laughing?  What if the myth of the given is a PlayStation devised by God to turn boring electromagnetic data into sensual symphonies of sound and awe-inspiring visions of a sunset?

If only we could keep the lenses of perception clear and not corrupt imagination by inventing greed and wars, would we then experience heaven on Earth?  Would we then know what Jesus meant when he said that the kingdom of heaven is “en mesoi” (within you and among you)?

A final thought.  What if the entire process is actually a circle that begins and ends with God, who is both the origin and the destination of the journey?  And what if the “scientific interval” is actually the lowest point of all, the result of the greatest, most limiting reducer of the lot; one that mangles the original mystery and spits it out as waves and bits, formulas and bytes?

What if the “imagination of the sensorium” is the first stage of restoration, reconstructing the miracles of music and the wonder of a waterfall, from the dull, gray, repetitive sequence of mere numbers?  And what if pure love – in all its many manifestations: compassion, courage, forgiveness, patience… – is the final transformer, resurrecting the separated souls into the bliss of full awareness and unity consciousness?

How many circuits do we have to make on the Ferris Wheel of incarnation before we grok the game?  In this wee essay, I have posited and examined firstly, Apparent (Sensory) Reality, secondly, Scientific Reality and, thirdly, Ultimate (Spiritual) Reality.  Perhaps, Apparent (Sensory) Reality is actually closer to Ultimate (Spiritual) Reality than is Scientific Reality! It is certainly more awe-inspiring. 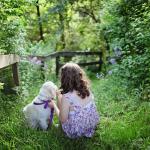 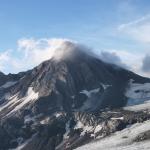 September 13, 2017 What Is Intelligent?
Recent Comments
0 | Leave a Comment
"Loved it!"
Morzen Ciotógs and Lefties and the Like
"How I admire your clarity, ty Fr. Seàn"
Gerardo Gomez Original Sin
"You and I are of a similar mind, having taught the alternate "mythology" in a ..."
Joris Heise Original Sin
"When you carefully read the actual legends about "Original Sin" some odd things emerge. "The ..."
Kyllein MacKellerann " Original Sin
Browse Our Archives
get the latest from
Companions on the Journey
Sign up for our newsletter
POPULAR AT PATHEOS New Visions
1