The Rocky Road to Enlightenment 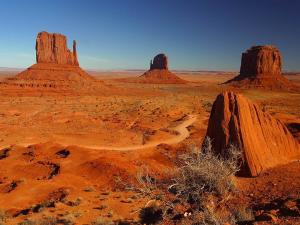 Homo Sapiens (thinking humans) arrived on the evolutionary scene about 150,000 years ago. But they didn’t yet have language. That only came with Homo Sapiens Sapiens (self-reflective humans) some 80,000 years later. The intervening 70,000 years is merely the blink of an eye on the cosmic calendar.

However, the transition into self-reflection didn’t happen in an instant; in fact, it quickly got derailed. Self-reflection was hijacked by the ego of Homo Sapiens which survived in Homo Sapiens Sapiens and was prostituted to the earlier agenda, namely survival-of-me-the-individual-at-all-costs; as well as the twin drives for control of the resources (food and mates) and self-propagation (via progeny and reputation).

At a tribal level, this manifests as a sense of ‘chosen-ness’; and religions have been created with the purpose of claiming divine revelation for this special relationship with their god. The good news is that side by side with this, goes the mystical impulse, based on unity consciousness and unconditional love, which is the true mission of Homo Sapiens Sapiens.

A concerted effort to unstick the clogged wheels of this evolutionary vehicle took place during the Axial Age (800 BCE to 200 BCE) when, right across the world, great teachers attempted to get us moving again: Lao Tzu and Confucius in China, Gautama Siddhartha and Mahavira in India, Zoroaster in Persia, Isaiah and Jeremiah in Israel and Socrates and Plato in Greece. Alas, we haven’t managed to maintain this momentum. Another great effort is needed.

The two tectonic plates of Homo Sapiens and Homo Sapiens Sapiens are currently clashing and creating earthquakes that will eventually divide the globe into two new subspecies which I’ve dubbed Homo Sociopathicus and Homo Spiritualis. Homo Sociopathicus will continue to cling tenaciously to the agenda of the personal ego and the tribal god. It has a blind commitment to establishing planetary dominion and is willing to use genocide and risk ecological collapse as means to this end. Homo Spiritualis, which is the natural fulfillment of a truly reflective Homo Sapiens Sapiens, on the other hand, is fully committed to love and unity as both the means and the goal.

If Homo Sociopathicus succeeds in destroying the physical spacesuit of the Earth and wiping out the human species in a nuclear holocaust or destruction of the biosphere from greenhouse gas emissions, then Homo Sociopathicus and Homo Spiritualis will part company and continue in disincarnate forms, which will be energetically appropriate to their different spiritual frequencies.

B. Learning from Laraine

My good friend – and the creator/maintainer of my website – Laraine Moore is, perhaps, the most psychic and mystical person I know. In a very powerful recent blog called, A Place Between Heaven and Earth, she spoke of an out-of-body experience she had with an astral being visitor from an Earth-like planet whose inhabitants destroyed its biosphere.  The planet healed itself and its citizens now reside in a kind of ethereal form. She called them Pneuma Spiritualis and, for the more advanced members, Pneuma Spiritualis Spiritualis.  These are the celestial-spiritual versions of Homo Sapiens Sapiens and Homo Spiritualis. As she suggested, this may well have happened countless times in the past, on other worlds, in other galaxies.

C. The Kingdom is Now

Perhaps, the great avatars – Jesus, Buddha etc. – are emissaries from those places (or time travelers from one of our own possible futures) to help us avoid the disasters or, if we refuse to change, to prepare us for the bifurcation. Because the true purpose of the prophet is not to predict the future but to prevent it; not to foretell the future but to forestall it.

Of course, our own planet and its denizens do not have to be destroyed in order for that transition to occur. As Jesus famously said, “the kingdom of God is ‘en mesoi’ (among you and within you).” You don’t have to die in order to see God, you simply have to look differently and pierce the illusion of separation from Her, from Nature and from others. It only needs a shift in perspective. It can be accessed right now through a change in perception, a shift of focal length, an alteration in consciousness, the ‘soft gaze’ of Buddhist teaching. St. Paul was right when he said, “For I consider that the sufferings of this present time are not worth comparing with the glory that is to be revealed to us. For the creation waits with eager longing for the revealing of the sons of God. For the creation was subjected to futility, not willingly, but because of him who subjected it, in hope that the creation itself will be set free from its bondage to corruption and obtain the freedom of the glory of the children of God. For we know that the whole creation has been groaning together in the pains of childbirth until now.”  (Romans 8:18-22)

And when Jesus said, “look at the lilies…”  he was beseeching us to study how Nature itself, even lowly flora, is making the shift. There is a Flora Spiritualis or even a Pneuma Floriensis which is the etheric template that, year after year, manifests on the physical plane, playing ‘hide-and-go-seek’ with humans to invite us into the realization of our true nature and our incarnational calling.

How many more lilies do we need before we wake up? 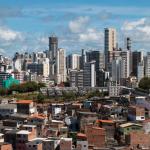 May 8, 2019
The Illusion about Money That Is Destroying Society and Planet
Next Post 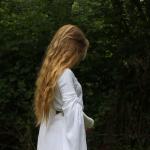 May 21, 2019 Mary – Queen of the May
Recent Comments
0 | Leave a Comment
"How I admire your clarity, ty Fr. Seàn"
Gerardo Gomez Original Sin
"You and I are of a similar mind, having taught the alternate "mythology" in a ..."
Joris Heise Original Sin
"When you carefully read the actual legends about "Original Sin" some odd things emerge. "The ..."
Kyllein MacKellerann " Original Sin
"Nicely put."
John Purssey Original Sin
Browse Our Archives
Follow Us!