Mary – Queen of the May

There are some songs, especially hymns, that tug us back instantly to the innocence of childhood when our spirituality was mystical, albeit largely founded on a literalist interpretation of the tribal myth. There are two hymns that still do that for me. One is dedicated to St. Patrick and it goes as follows:

dear saint of our Isle,

on us thy dear children

As a young child, I felt the overwhelming pride in being Irish. We were poor and persecuted only because we were specially chosen and beloved of God.

The second hymn – to Mary – had an even more profound effect. It assured me that I was one of the elect – a Roman Catholic – securely wrapped in the blue mantle of the Virgin Mother. Some of its lines said:

These two hymn-beliefs were the twin bulwarks of my sense of security as a child, enabling me to surmount all obstacles on my heaven-bound journey.

In today’s blog, I want to focus on Mary, the mother of Jesus.

A. The Celtic Feast of Bealtaine

In Gaelic, the first of May is called ‘Bealtaine’ (the bright fire.) It is an ancient ‘pagan’ feast, one of four cardinal points on the Celtic calendar. It marked the beginning of the Summer, when light was finally birthed by the mystically dark womb of Samhain (November 1st) and Imbolc (February 1st.) This light would lead to the plentiful harvest of Lughnasa (August 1st.)

Of these four dates, Bealtaine and Samhain were especially filled with opportunities for crossing through the Caol Áiteanna (thin places) where the veil between the mystical and the mundane was particularly diaphanous. These were the times when the ‘wee people’, the “Sí”, the “faery folk” had full permission to ‘invade’ our world and get up to all kinds of mischief. Warlocks, witches and those with a score to settle were particularly active on those two days. Blessing and cursing were especially powerful as the cosmic struggle between good and evil was played out among neighbors all over Ireland.

A discontented neighbor could bring ruin on your crops by hiding rotten eggs in your barn on May 1st , so careful searches were conducted to preempt that possibility. Children were strictly forbidden to approach, let alone enter, any of the very numerous ‘faery forts’ that dotted the Irish countryside. And newborns were closely monitored to make sure they were not kidnapped and a ‘síofra’ (a faery changeling) put in its place. The only other time in the life cycle of a child when this could happen was when your sweet, amiable 12-year-old was replaced by a sullen, uncooperative teenager!

In the Ireland of my childhood, many families had their own cow but, in the pre-grocery-store suburbs, milk was delivered by a milkman on his horse-drawn cart. He would have a 30-gallon churn and a pint-sized ladle with a long handle. The householders would proffer their jugs and he’d fill them to the brim with healthy, creamy, non-pasteurized milk. Our family’s milkman always placed freshly plucked apple blossoms in the harness of his horse on May 1st to ward off faery intrusions.

In Germanic Europe and medieval Britain, the Maypole – possibly signifying the Axis Mundi or Tree of Life – was the center of colorfully-clad dancers circumambulating the pole while holding streamers connecting them to the tree.

B. Plagiarizing the Month of May

By and large, May and December are probably the months that have been most borrowed, stolen and plagiarized by both sacred and secular sources.

In 1923, ‘mayday’ became the internationally recognized SOS for aviators and mariners. It had to be called out three times: “mayday, mayday, mayday.” It was probably derived from the French “m’aider” (help me.)

In 1904, to commemorate the slaughter of workers who had been killed years before for protesting cruel industrial conditions, May 1st was declared, “International Workers’ Day.” Later, Communist regimes hijacked it for displays of military might, as arsenals and soldiers paraded to demonstrate the ‘power of the people.’

Not to be outdone, in 1955, the Catholic Church proclaimed May 1st as the feast of Saint Joseph the Worker, thus hoping to give both Communism and atheism a black eye.

In fact, the Roman Catholic Church dedicated the entire month of May to Mary. Game, set and match to the Vatican! But – with a very different spin – I, too, want to focus on May as the month of Mary.

C. Will the Real Mary Please Stand Up!

How many paintings of Mary have you seen where, with eyes piously downcast and a lily held modestly to her breast, she obediently answers the Angel Gabriel’s mind-boggling announcement that she had been chosen to be the mother of God, with a simple ‘fiat’ (God’s will be done.) I don’t for a moment believe that is an accurate portrayal of Mary.

In truth, she must have been a very deep, strong, courageous young woman who was certainly not afraid to argue with God in the person of her son, Jesus. There are only two recorded arguments in the gospels between them and she wins both of them hands down. The first was when he went ‘walkabout’ at age 12 and was lost for three days. When she found him in the Temple debating the scholars, she scolded him roundly. Initially, he put up a good teenage defense but then we read, in Luke’s gospel, that he went home and was obedient to her and his dad, Joseph. For another 18 years, apparently!

The next spat took place when she and he were both invited to a wedding in Cana. After three days of celebrating, the wine ran out and she brought it to his attention. He shrugged dismissively and retorted, “Woman, what business of mine is that!” She didn’t even dignify his defiance with an answer. She shot him a reprimand by the simple inflection of an eyebrow, then turned away and spoke to the steward of the feast, “Do whatever he tells you.” How do you counter that kind of self-confidence and power? You don’t. So, he kowtowed.

I was eight years old before I understood just how powerful, aligned and committed Mary was. I found a magnifying glass – it was a lens that had fallen out of my grandmother’s reading glasses – and I proceeded to set fire to a whole bunch of stuff. I began with an old newspaper, graduated to igniting hay in the field beside our house and – the piece-de-resistance – culminated by setting fire to the plastic saddle on my father’s 250 cc BSA motorbike.

After I had recovered from the wallop to the side of my head delivered by my irate dad, I figured out a very important thing. For the first time I understood what the “Magnificat” meant. It had never before made sense to me that Mary, though she was Jesus’ mother, could magnify/increase/enlarge God. After all, she was still only a human. That fateful day, I got it. The sun – this huge fiery orb that gives light and heat to an entire solar system – could not, on its own, set fire to my dad’s motorbike. It needed this tiny piece of glass to focus its energy. And that was Mary’s function!

On thinking about it some more, I figured out that two things were vital. Firstly, the glass had to be clean. If it was smudged, it wouldn’t work. And what did ‘clean’ mean when it referred to Mary? I don’t believe it just had to do with chastity or the control of concupiscence. Rather, she prefigured what Jesus would later say in one of the Eight Beatitudes, “Blessed are the pure of heart, for they shall see God.” This statement is actually tautologous because ‘purity of heart’ is precisely the ability to see God in everything. It is the realization that leads to ‘Namasté’ (the divine in me recognizes and honors the divine in you.)

And the second thing I figured out was that, as I held the piece of glass, I needed to gauge its precise focal length. If I held it too close to the object I wanted to ignite, the sun’s rays would not yet have focused sufficiently; and if I held it too far away, the rays would have focused prematurely and would now be diffusing, thus drastically reducing its ability to inflame.

The English phrase, ‘soul mates’ fails to do justice to the ancient Gaelic idea of ‘anam chara’ (soul friend.) Anam Cháirde is the plural. It has a much more mystical sense than mere ‘soul mates’ which implies some kind of romantic attachment. The Gaelic phrase means twin souls dedicated to helping each other grow spiritually in the course of incarnation. It is like ‘peer counseling’ on steroids. Such a relationship could be enshrined as a parent-child or sibling or friend connection.

I believe that all incarnated souls find themselves in a love-ocean of concentric circles – as a species, a nation, a tribe, a family – at the core of which is the central relationship of Anam Chara. This is the hub about which the wheel of incarnation spins. Souls in the bardo state choose very carefully before committing to such an arrangement, and the bond continues and becomes stronger, over subsequent lifetimes.

And that, I believe, was the Jesus-Mary contract. Over many lifetimes, they have ‘Earthed’ in order to bring Christ/Christa consciousness to the planet – once in Galilee some 2,000 years ago as mother and child, and before and since in a variety of eras, cultures and kinds of interpersonal relationships.

Imprinting the archetypes of both the ‘female’ and ‘male’ aspects of the divinity, Mary and Jesus were equally vital to the spiritual evolution of our race. It is time to set Jesus free from the clown costumes in which we have dressed him (end-times judge, anemic hermaphrodite, church founder, inquisitor, crusader, conquistador…); and to set Mary free from the demeaning characteristics of (submissive housewife, female second-class, pew-dwelling congregant in Peter’s church…)

In Irish mythology, the faery folk were the shape-shifted Tuatha Dé Danann, who had been overthrown by the invading Milesians, forced to dwell in the underworld and to make periodic sorties into our middle world through the portals we call, ‘Caol Áiteanna’ (thin places.)  I have a feeling that, at a deeper level, the Milesians are really the theological tyrants who reduced mystical spirituality to exoteric, orthodox, rule-bound religion.

If May be the month of Mary, we must risk passing through these ‘thin places’ ourselves in order to encounter the ‘faery folk.’ Jesus and Mary are mobile tabernacles of the sacred, itinerant time-travelers, using the portals of mysticism to finally shift Homo Sapiens Sapiens into Homo Spiritualis. 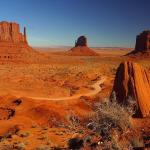 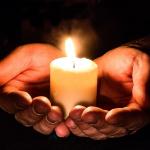