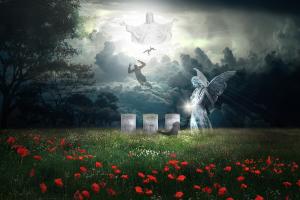 When I was a child growing up in Ireland in the 40’s and 50’s, there was a wonderful Catholic custom on November 2nd each year – the feast of All Souls. Each time you visited a church and offered an “Our Father”, “Hail Mary” and “Glory be to the Father” for the pope’s intentions, you gained a plenary indulgence which you could apply to spring a soul out of purgatory and send on its way to heaven. You could repeat this as often as you wished as long as you left the church for a few moments between iterations. After school, you’d find hordes of compassionate kids running in and out of the church; the sky over the building would be thick with escaping souls, dancing their merry way heavenwards.

My grandfather, Daddy Jim, told me of one such occasion in his own life. He was a plater by trade, making shovels and spades and ‘sleáns’ (instruments for cutting turf/peat out of the bogs) in a dark, dismal foundry over white hot flames accompanied by the metronomic thud of a great big mechanical hammer. The place was called “Monard Mills” and was located a few miles from Blarney where he grew up.

On one All Souls’ evening, sometime in the 1920’s, after he had finished work, he walked to the church in Blarney to liberate some suffering souls. In those days there was no electricity in rural Ireland, so the church was lit by a few candles. Most of the parishioners, and certainly all of the children, had long since gone home, so only a few stragglers remained – perhaps workers like himself.

He completed his first and second rounds of prayers, but during the third trip inside, he fell fast asleep. Sometime later the sacristan came to close up for the night. He looked around the darkened church and convinced himself that it was empty. So, he blew out the candles, locked the doors and left for the night.

On the stroke of midnight, Daddy Jim woke up suddenly and sat upright. There were two candles lit on the altar and an old priest was coming out of the sacristy vested for mass – carrying the chalice, purificator, paten, host and pall. He looked into the body of the church and called out, “Is there anybody here who can answer my mass?” There was something very strange about the old priest’s appearance but Daddy Jim raised his hand and said, “I will, father.” So, he rose from his seat, walked up the aisle, through the altar rails and knelt on the bottom step. With his face to the altar and his back to Daddy Jim, the old priest began, “In nomine Patris, et Filii, et Spiritus Sancti.” “Amen” responded my grandfather. “Dominus vobiscum” continued the priest; “Et cum spiritu tuo” replied my grandfather. “Introibo ad altare Dei” intoned the priest and Daddy Jim replied, “Ad Deum qui laetificat juventutem meam.”

The mass continued right through the offertory, consecration and communion until the “Ite, Missa est” and the final response, “Deo gratias” brought it to a conclusion.

Then a very strange thing happened. The old priest asked, “What is your name, my son?” and Daddy Jim answered, “My name is James Murphy, father.” The old priest put a hand on his head and said, “I was a priest in this parish over 100 years ago; and on one occasion, I was given a stipend to say a mass for a parishioner’s intentions. But I forgot to say the mass and I died some months later. Since then, on every November 2nd, I’ve come back here to say that mass but, as you know, Canon Law forbids a priest from offering mass without a congregation of at least one other person. Only on a handful of times was there anybody in the church and on those occasions, they fled in terror when they saw me. You, James Murphy, have had the courage and the compassion to answer my mass, thus setting my soul free from purgatory. And so, I promise you that when it is your time to die, I will be there to assist you.

Daddy Jim died in our home on December 4th 1956 – and I have no doubt that the old priest was there to escort him through the veil.

On Dia de Los Muertos, in the Hispanic community and in cultures throughout the world, there are ceremonies to honor the dead. Some peoples believe that souls only live on as long they are held in the memory of the living. The belief is that when there is nobody still alive who remembers them, the forgotten souls dissolve into non-being. I, however, have a different theory and here it is.

So, there is nobody who is not held lovingly in that memory-stream of life. Hence, in an argument with the Sadducees, who did not believe in life after death, Jesus reminded them that, at the burning bush, God revealed himself to Moses as the God of Abraham, the God of Isaac and the God of Jacob. He concluded by saying, “God is not the God of the dead; he is the God of the living.” So, Abraham, Isaac and Jacob live on, though they had ‘died’ hundreds of years before the time of Moses.

There are no dead people; there are simply souls on both sides of the diaphanous veil that creates a sensory separation between the mystical and the mundane, between Nirvana and Samsara, between the Bardo and Incarnation.

I remember you, Daddy Jim, can you see me? 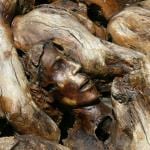 November 14, 2019
Purgatory, Suffering, Love and “The Prophet”
Next Post 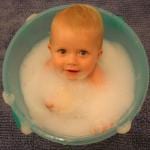 December 4, 2019 Bubble Bath
Recent Comments
0 | Leave a Comment
"How I admire your clarity, ty Fr. Seàn"
Gerardo Gomez Original Sin
"You and I are of a similar mind, having taught the alternate "mythology" in a ..."
Joris Heise Original Sin
"When you carefully read the actual legends about "Original Sin" some odd things emerge. "The ..."
Kyllein MacKellerann " Original Sin
"Nicely put."
John Purssey Original Sin
Browse Our Archives
Follow Us!

A little known fact about farting...
Spirituality Itself
Related posts from Companions on the Journey