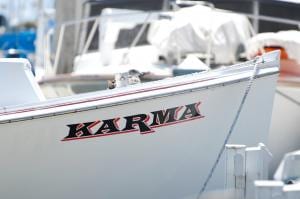 It’s known as the Gombe Chimpanzee War – a violent conflict between two communities of chimps in Tanzania, lasting from 1974 to 1978. Originally, it had been one group. Typically, the carrying capacity of a chimp troupe is 15 to 40 members. [This was also true of early hunter/gatherer human bands]. Beginning in 1974, Jane Goodall, who lived among the Gombe chimps and studied them, noticed that the original group of 14 adult males, 15 adult females and their young, was now splintering. A new group, consisting of six adult males, three adult females and their young, broke away. And, then, the war started! Over the course of four years, one by one all of the adult males in the new group were brutally killed by the original group. Previous close friendships and even mentoring counted for nothing. Moreover, the killings were really vicious; in one case a victor held his cupped hands under the chin of a dying victim and drank the blood.

After each killing, the victorious chimps celebrated boisterously, hooting and howling and flinging sticks and stones about. Goodall was shocked. And, as the pièce-de-résistance, she witnessed a high-ranking female kill and eat her own infant. For years, Goodall hesitated to report this behavior; and she who had once written that chimp social life very closely resembles human society except that chimps were “rather nicer” was now witnessing their dark side.

And why is this story so important? I believe it’s important for two reasons. First, we share 98.8% of our DNA with chimps; and, second, I believe we can’t understand either karma or original sin until we factor in the influence of our pre-human ancestry.

A. Aspects of Karma

I think karma has three distinct aspects. First, it shackles us to the past – to our previous thoughts, words and actions that created neuronal circuitry and habits which cannot be overridden without either a lot of conscious deliberation and disciplined behavioral changes, or else harsh negative feedback from the environment – like a dog that tangles with a porcupine and winds up like a pin-cushion with a throatful of needles.

But karma is also a great resource which allows us to learn from our mistakes and build upon our successes. Karma is the most basic law of science: cause and effect. You do A and B happens; if you like B, keep doing A; if you don’t like B, stop doing A. It’s important to point out here that karma is not all negative. Many effects are positive; they flow from loving, compassionate choices. It is the original form of ‘paying forward.’

And, third, karma is an invitation to perfection – properly understood. Perfection (from the Greek, Telos) does not mean a stainless-steel sinlessness but, rather, a commitment to the evolution into enlightenment. Hence, teleology means the influence of a future-desired outcome on present choices – you want to be a concert pianist at age 20, start practicing at age three.

The effect flowing from any cause can occur in one of three basic timelines. It can be immediate: two four-year-old’s – Johnny and Tommy – are playing together. Tommy grabs Johnny’s train-set whereupon Johnny bops Tommy on the noggin with his baseball bat. Or the results can be deferred to a later stage. You spend your teenage and early adult years gorging on a diet of hamburgers, French fries and Pepsi and you have chronic diabetes in your 40’s. Or, if you are a slow learner, the effects can be postponed until a future lifetime. I think the Hitler’s, Stalin’s and Pol Pot’s of history fall into this category; but so, too, do the rest of us. Some karma is so large that it needs to be spread out over several future incarnations.

It’s important to realize that we don’t just generate karma at an individual level. Life is arranged in holographic fractals; each a lesser version of the whole but, nonetheless, containing all of the original. So, there are familial, cultural and global versions of it. In fact, the solar system, the galaxies, the cosmos, the multiverse and the interdimensional also create karma.

These levels parallel the stages of the Pre-conception Contract – an agreement, as we volunteer for incarnation, that involves, in ever-widening circles, a soul-mate, a family, a tribe, a nation, a species and, finally, all sentient beings. It’s like a pebble dropped into a pond; irrespective of the size of the pond, the ripples will eventually reach the entire perimeter, no matter how squiggly or distant that perimeter is.

All sentient beings, from single-celled protozoa to angels – even Seraphim – are agents of evolution and, thus, of karma. In fact, anything that has agency contributes to evolution and karma. Some life forms do it through pre-programmed instincts but, nonetheless, have an influence on the environment. Other creatures do it through choices that lie on a spectrum from totally unconscious to full awareness.

In humans, this pre-programmed instinct lies in the hindbrain – the so-called ‘reptilian brain’; while full conscious decisions come from the forebrain – the neo-cortex or newest part, evolutionarily speaking. However, only a self-aware species can deliberately tweak the trajectory. This introduces a very significant factor. We go from ‘evolution of consciousness’ to ‘conscious evolution’; from ‘nature’ calling the shots to ‘culture’ calling the shots.

This has awesome consequences. It means, I believe, that as the most evolved and, theoretically, most self-aware species on the planet, we have both the ability and the responsibility to deal with all of the karma generated on planet Earth over the last 3.7 billion years! By ‘responsibility’ I do not mean we caused it all, rather, I mean we have response-ability (the ability to make responses) to all karma generated from all agents throughout all Earth-life. That is also part of our Pre-conception Contract which involves commitment both to personal enlightenment and planetary ascension – the bodhisattva vow.

This, I hold, is the real meaning of the teaching that Jesus came “to take away the sin of the world…” He is not alone in this mission, rather, he is the archetype of this mission. Hence, “the same things I do, you will do, and even greater…”

This is the human mission: to unleash Christ consciousness; to uncover our Buddha nature; to bring about Tikkun Olam. It is Tonglen writ large.

I will develop these ideas further in the other essays in this series.

February 25, 2020 Karma 202
Recent Comments
0 | Leave a Comment
Browse Our Archives
get the latest from
Companions on the Journey
Sign up for our newsletter
POPULAR AT PATHEOS New Visions
1