A Child’s Christmas in Cork 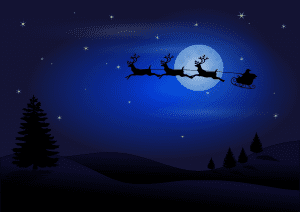 The best stories of all are “re-magined”.  Re-magining is when you cross remembering with imagining.  It is the child who can turn ordinary events into exotic adventures, transforming drab, black-and-white photos into colorful, 3-D holographic videos.  It is the gift most prized by poets, seers, artists and scientists, to enable them to go where none have gone before them.  It is the quest of the old-spirit-in-a-young-body who is happy to sift through the dung heap to discover the pony hiding in its warm, moist, steamy embrace.  It salvages the miraculous from the illusion of the mundane, prising open the sand-camouflaged oyster shell to reveal the pearl of great price.  It is the mystic releasing the eternal from the clutches of the mortal.

And it is the charism I will use to recall my Christmas of 1950, when I had just turned four.  I lived then not with my parents but with my grand-parents – Big Mammy and Big Daddy – at 34 Saint Rita’s Avenue, in Gurranabraher (we locals just called it, “Grán”) together with four aunts and three uncles, one of whom, Uncle Noel, is two months younger than me.  A regular visitor was my paternal great-grandmother, whom I loved dearly and whom I called, “Muddy”.

Back then, Ireland was, economically, a very poor place.  In fact, there was only one phone – a stand-alone kiosk – serving all of Gurranabraher’s 3,000 plus residents.  Nobody phoned out, we couldn’t afford to; but there would be queues each evening to receive calls from our many emigrant relatives in the USA, Canada, England and Australia.  The system went like this.  An emigrant daughter would write home and say, “I will phone you at 6pm on July 19th.”  She would have to give us several weeks warning to make sure the letter arrived well before the phone date.  On the appointed day, by 5pm, the family would join the long queue at the phone kiosk, outside McAuliffe’s shop, excitement running high.  Inside the kiosk, the phone would ring shrilly, dancing on its cradle.  Before it had rung thrice, the first in line would grab it, hoping the call was for her.  Mostly, it wasn’t so she’d open the door and announce, “It’s for the Murphy’s!” and the Murphy clan would surge forward trying to stuff as many bodies as possible into that one-butt kiosk.  Everybody else could hear the Cork end of the conversation.  Soon the rest of us would grow impatient and murmur, “Hurry up, we’re expecting a call at six o’clock!”  This ritual would be repeated several times, and we’d be lucky if our call squeezed into a gap before 7pm.  By 10pm the last of the stragglers had been serviced.  Somehow the family never managed to coordinate our conversations and, inevitably, as each one of us got a chance to talk to the disembodied voice, we’d simply ask the same questions the other family members had asked before us: “How are ye doing?”, “What’s the weather like over there?”, “When are ye coming home?” ….  When we got back to #34, we’d try to piece together the puzzle…”She sounded really great…”, “She sounded lonely,”  “She said she’d try to come home for Christmas…”, “She said she’s earning five pounds and ten shillings a week!!”…..

Given, then, the state of communication – no computers, faxes nor iPads, and only one phone for all of Gurranabraher – establishing contact with Santa Claus (or “Santy” as he was known in Cork) was rather tricky.  Even snail mail was costly; the postage to the North Pole was prohibitive for most of us, so “Santy” had devised a special arrangement for the children of Ireland.  Here’s how it went.  Sometime during the last week before Christmas, after school was out, you’d tear a clean page out of your “copy book” and write:

My name is Seán.  I live in number 34, Saint Rita’s Avenue in Grán, across the road from the O’Donnell’s.  Please can you bring me a gun and holster?  My uncle Noel is writing to you as well.  He wants a gun and holster too.  But he’s left-handed so don’t get the holsters mixed up.

Then you’d put the sheet of paper, sans envelope, up the chimney, making sure it didn’t get burned (nor your elbow either) by the ever-glowing turf fire.  The hot air wafted it upwards and sped it towards the North Pole.  You’d rush outside to watch its progress.  Sometimes it would be snowing and you’d have a gaggle of street urchins like yourself, standing on Saint Rita’s Avenue watching the snowflakes float down and the Santa letters float up, like speckled salmon fighting against the rapids on their journey home.

They always made it. 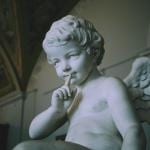 January 12, 2021 Crossing the River Lee
Recent Comments
0 | Leave a Comment
"Hi Melle,Here's one more lecture you might find of interest on this subject. It is ..."
CompanionsOnTheJourney Celtic Spirituality 101 – Before the ..."
"Hi MorzenThank you for your comment and your good wishes! Part 2 was published on ..."
CompanionsOnTheJourney Here I Am, Lord; Send Me ..."
"Hi Melle,Sorry for the delayed response. Fr. Seán has written 3 articles on Celtic Spirituality, ..."
CompanionsOnTheJourney Celtic Spirituality 101 – Before the ..."
""Each of us is here because our hearts are bursting with love for humanity. Alas, ..."
Morzen Here I Am, Lord; Send Me ..."
Browse Our Archives
get the latest from
Companions on the Journey
Sign up for our newsletter
POPULAR AT PATHEOS New Visions
1

10 Jesus quotes hidden by the...
Wake Up Call
Related posts from Companions on the Journey 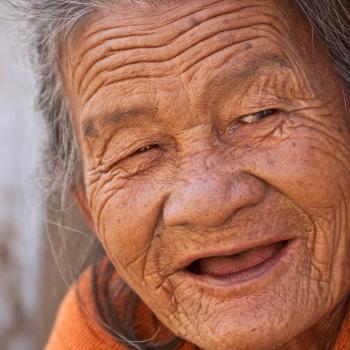 New Visions
What Is The Peace of Christ?
Companions on the Journey
TRENDING AT PATHEOS New Visions