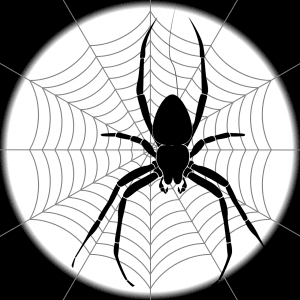 I have long been speaking and writing about a bifurcation point in human evolution whereby Homo Sapiens Sapiens is in the process of splitting into Homo Spiritualis (people dedicated to peace, compassion and justice for all sentient beings) and Homo Sociopathicus (those committed to warfare, exploitation and greed.) Now, I am beginning to see that Homo Sociopathicus has recently spawned a new subspecies which I’ll call, Homo Narcississimus, which is a group consisting of individuals, each of whom is dedicated to having legislation enacted which guarantees that everybody else must, in all circumstances, ensure that they are never made to feel uncomfortable. This is the ultimate form of service-to-self, in which they make all decisions for personal selfishness while simultaneously insisting all other people spend their entire lives catering to the spider at the center of the new social web. This is Caligula on steroids.

So, what happens when two members of this new subspecies encounter each other? Who ‘gives in’? We now have a brand-new hierarchy in which the most committed ‘whiner’, the most self-engrossed ‘victim’ fashions the world in his/her own image. The ultimate self-pitying, absolutely self-engrossed, most unhappy and victimized member of this new tribe sits atop this new pyramid of power.

The essence of personal evolution – psychologically and spiritually – is that we use ‘uncomfortable’ life situations to grow. These narcissists, however, are the self-appointed exceptions. They can only be happy when everybody around them is bullied into making them feel safe, honored, protected, respected, elevated – and living in a bubble which all others are tasked with creating and erecting about them. Imagine trying to be in a romantic relationship with such a one. Imagine being a child of such a parent!

And, of course, at the very bottom tier of this new pyramid of power are the groveling, White, heterosexual males who must – like the untouchables of India – constantly apologize for their whiteness, straightness and maleness. As a member of this latter, accursed group, I have to eschew any personal ambitions for relationship, education or employment lest I inconvenience anybody who is non-White, non-straight, non-male, or make any of them feel uncomfortable by any, even unintentional, unconscious, ‘micro-aggressions.’ God forbid that I should ever attempt to pursue my own dreams unless I first check with each and every member of this new ruling subclass that my humble aspirations don’t in any way conflict with their agenda. A hair on the tail of the dog is now wagging the entire animal.

How very empowering and satisfying it must be to fashion a world in which disappointments and discomforts, toothaches and tetanus, dandruff and diarrhea are always somebody else’s fault. This must be the final stage before mystical union with Source. Oh, happy day!

March 3, 2021
How a Basic Income Begins to Heal Social Division
Next Post

April 5, 2021 Falling in Love – Rising in Love
Recent Comments
0 | Leave a Comment
"Hi Melle,Here's one more lecture you might find of interest on this subject. It is ..."
CompanionsOnTheJourney Celtic Spirituality 101 – Before the ..."
"Hi MorzenThank you for your comment and your good wishes! Part 2 was published on ..."
CompanionsOnTheJourney Here I Am, Lord; Send Me ..."
"Hi Melle,Sorry for the delayed response. Fr. Seán has written 3 articles on Celtic Spirituality, ..."
CompanionsOnTheJourney Celtic Spirituality 101 – Before the ..."
""Each of us is here because our hearts are bursting with love for humanity. Alas, ..."
Morzen Here I Am, Lord; Send Me ..."
Browse Our Archives
get the latest from
Companions on the Journey
Sign up for our newsletter
POPULAR AT PATHEOS New Visions
1