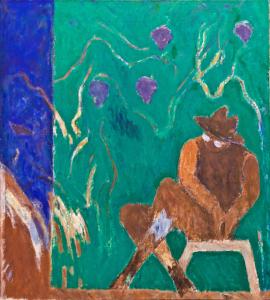 I slept on the bottom bunk of a full sized bunk bed with no ladder to the top; my sister was still in the crib. The oversized window in the room looked out to the lake. It was always bright in there, though I’m told that remembering events as very bright is a psychological phenomenon. And that is where I slept when I had my first dream.

My dream was as bright as I remember that room being. There were fluffy white clouds framing a filmstrip. When the filmstrip began to play, a voice (God? An angel? Mary? I never knew) told me that I was seeing all of the moments of Jesus’s hidden life that no one else had ever seen. Each cell of the filmstrip was a different scene from Jesus’s life. When I awoke, I could remember most of what I saw. I never told anyone, though, and now that about three decades have intervened I don’t remember any of what I saw. It was just a gift from Jesus to me, assuring me of His realness.

Many of my dreams turn out to be prophetic

In seventh grade, 1998, my best friend and I were excited with the news that our favorite band, Hanson, was releasing another album. Shortly before its release, I had a dream of a new song sung by the youngest member who didn’t usually take lead vocals. The album ended up being a compilation of songs from their first two independently released albums, and no new material. It seemed that my dream was just a product of the over-active imagination of a twelve-year-old on the brink of puberty.

However, two years later, Hanson did release a new album. I received it for my birthday, which I spent on vacation visiting family that year. As I listened through the album for the first time on my discman in my hotel room in Wisconsin, track eight caught my attention. Not because it was particularly masterful or catchy, but because I had heard it before. It was the song I had dreamed of more than two years prior.

A sense of knowing

Intuition is a direct perception of a truth or fact independently of a reasoning process. A gut feeling. Instinct. A sense of knowing. Dreams have not been the only way I’ve intuited personal information, either.

At the same time that my cousin was pregnant with her child, the first of the granddaughters on that side to have a baby, I was writing a short story.  With a strike of inspiration, I named one of the characters Lisbeth as a nod to my Gram whose middle name was Lizbeth (she had chosen St. Elizabeth at Confirmation but changed the spelling “to be different and not like all those other Elizabeths”). When the baby was born, my cousin gave her the middle name Lisbeth.

Years later, a dear friend was pregnant with her first child, but they weren’t revealing her name until birth. Each time I thought of my friend and her tiny baby, the name Eleanor kept coming to mind. Sure enough, baby was christened Eleanor. Similarly, another friend was pregnant with her first child and they likewise weren’t revealing baby’s name until birth. As soon as they announced baby was a girl the initial A popped into my head. A few months later, baby was born and named Amelia.

Sometimes my dreams have revealed darker events. I once had a dream that a friend had tried to commit suicide. I woke up to a text from him telling me he was in the hospital. Though my dream was off in the specifics of what transpired, it had been correct in that he did attempt suicide.

I’ve also known about, at last count, eighteen pregnancies in the past two years before the parents announced them. I’ve had dreams or thoughts about people who, the next day, pop back into my life and have had countless cases of deja vu. Much like my first dream, though, the only weight I put on these intuitions is the weight of gift and edification. It is a privilege to know these things and it edifies my faith in the all-knowing God who loves each of us deeply, tenderly, and personally.

A dream is a wish your heart makes

In the wee hours of Wednesday morning last week, Ash Wednesday, I dreamed I took a positive pregnancy test. To be fair, I had pregnancy on my mind and knew there was a possibility I could be. I woke up with the dream fresh in my mind but I was neither hopeful nor expectant, just peaceful. Though I’ve come to trust my intuition, in that moment, I was content whether or not I was pregnant.

Several minutes later, two light pink lines appeared on a pregnancy test. I had an appointment with my doctor that day anyway, so I asked him to confirm my pregnancy. Inconclusive results, he told me, which sometimes happens when a pregnancy is very early along. A blood test was necessary. Though I am terribly afraid of needles, I sat calmly while my blood was collected to confirm what I knew in my heart– there was a new life within me.

The doctor did not know I was pregnant until a couple of days later, the first Friday of this Lent, when he saw the test results. My husband was unsure if we were pregnant until the doctor called with the results. But I knew. I knew on the day we remember our death, on the day we meditate on the passing nature of this physical, earthly life, that a new physical life with a unique, immortal soul was growing in me, shrouded by my layers of tissues and muscles, fat and skin. Growing, developing, living. All thanks to the gift of intuition and a prophetic dream. 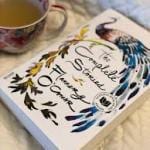 February 19, 2019
Guesting on Tea with Tolkien Podcast
Next Post 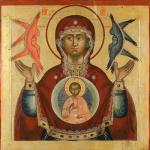 March 27, 2019 Motherhood, Pregnancy, and the Eucharist
Recent Comments
0 | Leave a Comment
Browse Our Archives
get the latest from
Catholic
Sign up for our newsletter
POPULAR AT PATHEOS Catholic
1