IRS failed to alert over 100,000 taxpayers that their personal information had been stolen

IRS failed to alert over 100,000 taxpayers that their personal information had been stolen June 14, 2016 Convention of States

The IRS’ computer hack was worse than previously admitted, and the tax agency failed to alert thousands of people that their information was stolen, and didn’t give credit monitoring assistance to nearly 80,000 others who were targeted, an inspector general said Wednesday.

In thousands of instances, the IRS missed the evidence of a hack, the inspector general said, leaving those taxpayers unaware of their vulnerabilities for months.

“While the IRS acted swiftly to disable its application upon learning of the data breach, our auditors found that it did not identify all taxpayers who were potentially affected, and whose tax information was at risk of being used by unauthorized individuals,” said J. Russell George, the Treasury Inspector General for Tax Administration.

He said the IRS did notify the taxpayers after the inspector general pointed out the botch.

The hack hit the tax agency’s Get Transcript application, which allows taxpayers to look at some of their most personal financial information they file as part of their annual returns. Hackers managed to impersonate hundreds of thousands of taxpayers, giving answers to background questions to gain access to their records.

Click here to read more from the Washington Times.

The federal government can’t take care of the American people, as numerous incidents like this have proven. The best strategy for the preservation of liberty in our country is to empower the people and the states with the ability to govern themselves. Only state and local communities can tailor their policies and laws for their particular populations, and only a Convention of States can restore their rightful place in the American system of government. 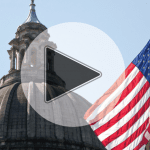 June 14, 2016
Levin: THIS group is more powerful than all three branches of the federal government
Next Post 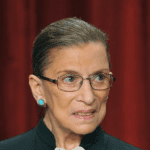 July 13, 2016 Judicial ethics do not apply to Supreme Court Justice Ruth Bader Ginsburg
Recent Comments
0 | Leave a Comment
Browse Our Archives
get the latest from
Politics Red
Sign up for our newsletter
Related posts from Convention of States