Ruth Ginsburg has blasted Donald Trump in a public interview. This is unprecedented.

According to an NYU law professor writing in the New York Times, the Code of Conduct for U.S. Judges says that judges should not “make speeches for a political candidate, or publicly endorse or oppose a candidate for public office” or “engage in any other political activity.”

Although this language binds every lower court federal judge, it does not bind the justices.

This means that the Supreme Court justices are above the law–even on judicial ethics.

It is crazy that we have allowed any institution in government to be the judge of the extent of its own power.

We have to put real checks and balances on the Court, not only by forcing the Court to comply with legal ethics but by giving the states the ability to vacate the blatant political decisions rendered by the Court.

The only way to put these kind of checks on the Court is through a Convention of States.

The most fundamental policy questions of this country must be made by elected legislators or the people themselves–not five to four votes among the alumni of a handful of Ivy League law schools.

Michael Farris a constitutional scholar and co-founder of the Convention of States Project. This article was originally published on Michael Farris’s Facebook page. 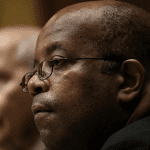 June 14, 2016
IRS failed to alert over 100,000 taxpayers that their personal information had been stolen
Next Post 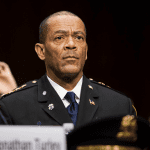 July 14, 2016 Another BIG name comes out in support of a Convention of States
Recent Comments
3 Comments | Leave a Comment
"“When plunder becomes a way of life, men create for themselves a legal system that ..."
Barros Serrano The Founding Fathers Never Intended America ..."
"Term limits empowers the deep-state."
David Farrar David Horowitz: Conservatives Need to Amend ..."
"You want a convention of the states to overthrow science?"
Donalbain You’ll Never Guess Who’s Quietly Working ..."
"The founding fathers created a country a fraction of the size of the one we ..."
Pennybird The Founding Fathers Never Intended America ..."
Browse Our Archives
Related posts from Convention of States