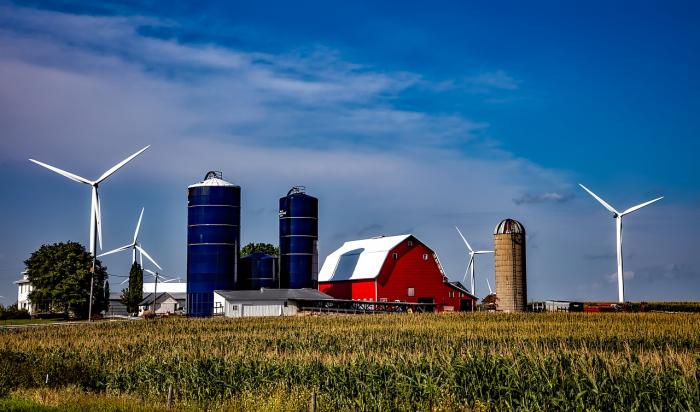 The following article was written by William Petroski and originally published in the Des Moines Register.

An initiative aimed at amending the U.S. Constitution to restrict the authority of the federal government is advancing in the Iowa Senate, despite contentions it could create a political free-for-all.

Senate Joint Resolution 8 is intended to call a convention of states that would impose fiscal restraints, limit the power and jurisdiction of the federal government, and to ask Congress to propose similar amendments.

The resolution was supported via a 2-1 vote Wednesday by an Iowa Senate subcommittee, and some Republicans hope it will be approved by the full Senate this session. The measure cleared the House last year, which means Iowa could become the 13th state to call for a convention of states. Article V of the Constitution requires support from at least 34 states for a convention of states to proceed.

“The reason for this is because our federal government is out of control,” said Sen. Jason Schultz, R-Schleswig, who chaired the subcommittee. “They are not going to reduce their own power or reach and it is up to the states, according to the convention, to pull the federal government back into the reins of the Constitution.”

Sen. Pam Jochum, D-Dubuque, opposed the resolution, saying it’s a priority of the American Legislative Exchange Council, a conservative group with ties to brothers Charles and David Koch, a pair of billionaire industrialists who have founded and funded a number of conservative and libertarian organizations.

“First and foremost, I just think our Constitution is a living, breathing, document that has served our nation well and has protected our liberties and our freedoms,” Jochum said. “I have some deep concerns about what the outcome of a convention would actually do. Rewriting the Constitution is not a good idea.”

Several Iowans told the subcommittee that passing the resolution is a sensible proposal.

“I have more faith in Iowans than I do in the federal government,” said Mike Wyatt of Indianola.

Jeremy Danilson of Grimes, a lawyer representing the Convention of States movement in Iowa, said the requirement of 34 states to hold a convention represents a “high hurdle” that should be met to restore the freedoms of Americans and decision-making responsibilities originally held by states.

But Tamara Scott, a Republican national committeewoman who represents the Iowa Faith and Freedom Coalition and Concerned Women for America of Iowa, strongly opposed the resolution. She suggested it’s the the wrong political tool at the wrong time.

“If you can’t get people to come together and support the Constitution that you have now, what makes you think that they are going to come together later for a revised edition?” Scott said in an interview. “This is going to cause unrest, it is going to unsettle what we have. The Constitution is not outdated. It is simply ignored. We need to uphold it; the power is already in place.”

Sen. Charles Schneider, R-West Des Moines, joined Schultz in supporting the measure, which could be considered by the Senate State Government Committee as soon as next week. He said he’s concerned about federal deficits and entitlement programs and he believes protections are in place to protect Americans from a “runaway convention.”

“This would be a way to send a message to Congress,” Schneider added. The American Legislative Exchange Council lists Schneider as an Iowa chair, along with Rep. Rob Taylor, R-West Des Moines.

The push for a convention of the states as been endorsed by a host of prominent conservatives, including former Alaska Gov. Sarah Palin, former Arkansas Gov. Mike Huckabee, broadcast hosts Sean Hannity and Mark Levin, and David Barton, an evangelical Christian minister from Texas who disputes the idea that the U.S. Constitution requires a separation of church and state.

Each state would have one vote at a convention of states, and 38 states must ratify any amendment. Once states ratify, the amendments would become part of the Constitution. 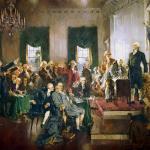 January 31, 2018
George Will Said We Should Have a Balance Budget Amendment - Here's Why It Isn't Enough
Next Post 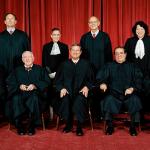 January 31, 2018 Where Did U.S. Supreme Court Justice Antonin Scalia Actually Stand on Article V?
Recent Comments
0 | Leave a Comment
"You want a convention of the states to overthrow science?"
Donalbain You’ll Never Guess Who’s Quietly Working ..."
"The founding fathers created a country a fraction of the size of the one we ..."
Pennybird The Founding Fathers Never Intended America ..."
"Without govt regulations, we'd be eating rotten meat, inhaling asbestos dust, and the Cuyahoga River ..."
Barros Serrano Your House Would be Massively Cheaper ..."
"It would seem that attempting to make Congress more honest by imposing term limits is ..."
Barros Serrano Three out of Four Minnesota Voters ..."
Browse Our Archives
Follow Us!