Thirty Years Ago, Milton Friedman Spoke Out about How to Fix a Corrupt Congress – His Solutions Would Work Today

Thirty Years Ago, Milton Friedman Spoke Out about How to Fix a Corrupt Congress – His Solutions Would Work Today June 21, 2018 Convention of States 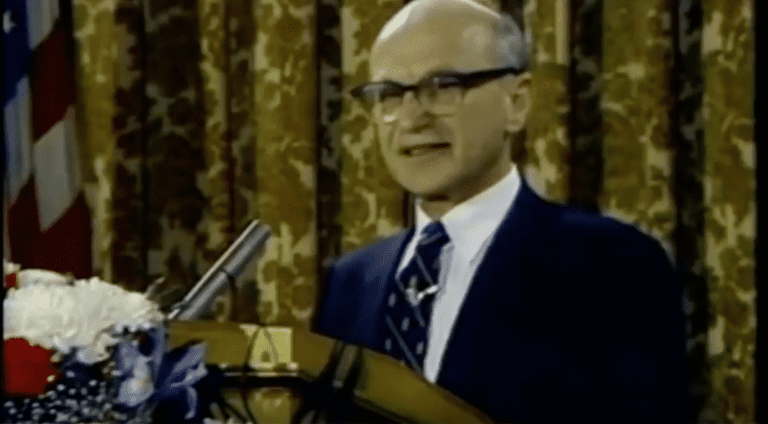 Milton Friedman has been described as “the grandmaster of free-market economic theory in the postwar era and a prime force in the movement of nations toward less government and greater reliance on individual responsibility.” In 1980, Milton and his economist wife Rose created a landmark international television series: Free To Choose, and the best selling book that evolved from it. Many Americans watched as Milton explained the “interrelationship of personal, political and economic freedom in ways that everyone could understand.” The Nobel laureate was one of the 20th century’s leading economic scholars, so what did he think about a Convention of States?

He supported it.  Thirty years ago, he endorsed an Article V Convention of States because he knew changing personnel cannot solve the structural damage to our systems of government.

In one speech, he said, “Every individual in his private life has a budget to spend. If he considers whether to spend more on one thing, he has to ask himself, ‘Where’s it going to come from, and where am I going to cut?’ But our legislators don’t have that kind of a budget limit. They can vote to spend more. And they will say, ‘Where will it come from?’ ‘Oh, somewhere. The taxpayer will pay for it.’ I think myself there is fundamentally only one way in which you can remedy it. And that is by a political change in the form of constitutional provisions which will set a limit to government spending,” he said.

“What we need is to give our legislators a budget. To say ‘This much, and no more!’ Because now somebody come to them and says, ‘You’ve got to vote more money for this good cause or that good cause.’ And they will say, ‘I agree with you, that’s a good cause! Where shall I cut? I have a total budget. We can’t vote more unless we vote less for something else. What shall we vote less for?’ Then the special interests can fight with one another, instead of the special interests ganging up on you and me.”

Exactly.  And if this was true thirty years ago, it is even truer today.

“And I should think by this time we have had ample experience to demonstrate the validity of that proposition. We must look at the thing as a whole and go to the fundamental source of our problems.”

His solution to this was a Convention of States, since it would effectively bypass the Washington bureaucracy.

In his obituary, the New York Times described his view of government:

In Mr. Friedman’s view, government had the opposite obligation: to keep its hands off the economy, to let the free market do its work. He was a spiritual heir to Adam Smith, the 18th-century founder of the science of economics and proponent of laissez-faire: that government governs best which governs least.

Let’s let his words affect us even now. 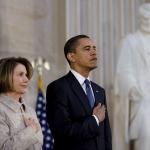 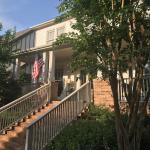 June 21, 2018 Your House Would be Massively Cheaper Without So Much Government Regulation
Recent Comments
0 | Leave a Comment
Browse Our Archives
get the latest from
Politics Red
Sign up for our newsletter
POPULAR AT PATHEOS Politics Red
1

Books Your Kids Should Read, According...
Access Politics
Related posts from Convention of States