A Free Abundance of Great Things at the Rimini Meeting

This article was written in 2010

Entry into the enormous conference center, where the Meeting for the Friendship Among Peoples is held, is free.  Indeed, for each of the past 31 years that this extraordinary cultural festival has been held at the Italian seaside resort town of Rimini, entrance to the exhibits and talks has been free.

We often think of “free entry” in negative terms: there is no charge, one does not pay; however, the gratuitousness of the Meeting in Rimini does not represent a lack, but rather a fullness.

Immediately upon arriving at the Fiera of Rimini, one can see that the turnstiles, with their rotating metal arms, have been disabled; the metal spokes all hang down to allow free passage into the gigantic space that is completely filled:  with fascinating exhibits and lectures given in halls filled to capacity, with concerts and dramatic readings and theater performances and film presentations, with sporting events, with shops, with signs, with restaurants, and with thousands of people (800,000 visitors and 40,000 volunteers during the week-long annual event).

Each year the Meeting has a theme around which the exhibits and talks are built.  This year’s theme was, “That nature which pushes us to desire great things is the heart,” and at the Meeting, there were eight large exhibits: 1) “A Use for Everyone. Each to His Work. Within the Crisis, Beyond the Crisis,” concerning the recent ongoing economic crisis; 2) “From One to Infinity. At the Heart of Mathematics,” created by the Euresis Association, an international group of scientists that has created many stunning exhibits for the Meeting in past years; 3) “Flannery O’Connor. A Limit with Infinite Measure,” concerning the life and work of the great 20th Century American author; 4) “At the End of the Road Someone Is Waiting For You. The Splendor of Hope in the Portico of Glory,” an art historical meditation on the beautiful arch at the pilgrimage destination of Compostela, in Spain; 5) “Stephen of Hungary. Founder of the State and Apostle to the Nations;” 6) “‘But I Put Forth on the High Seas’.  Ulysses: When Dante Sang of the Stature of Man,” concerning a passage from Dante’s “Inferno”; 7) “A Heaven on Earth. The Samba of the Hill,” about the birth of the Brazilian dance in the favolas; and 8) “Gdansk 1980. Solidarity,” tracing the events that led to Polish independence from the Soviet Union.

If the Meeting in Rimini were only to include these eight exhibits, it would be a great cultural event; but in addition to these larger exhibits, there were many smaller exhibits, presenting various diverse subjects including: the frescoes within the Palazzo Pubblico in Siena, Italy; education as something belonging to the human heart; the life of St. Gianna Beretta Molla; the relationship between love and literature; the work of particular missionaries in Africa; the Russian pianist Marija Judina and her relationship to Stalin; and more.

Each of these exhibits, large and small, was created by groups of individuals with an intense passion for their subject matter and a desire to communicate their fascination to others.  Many of the curators provide guided tours within the exhibits.  They also train additional volunteers to give guided tours that are then offered in many different languages.  It is incredible that passion is the only reason for the huge expenditure of time and work that each exhibit requires; no one receives a financial gain from mounting these exhibits and there is no governing body that awards prizes to the best exhibit; thus neither money, nor glory, nor professional advancement, nor even a spirit of competition is involved in the decision to begin work on an exhibit or in seeing the project through to completion.  In fact, there is no evaluation process (questionnaires, exit interviews, etc.) in order to provide market analysis or to assure attendance at future Meetings.

And the curators and guides are not the only people with a passionate interest in the subject explored in any given exhibit.  Close observation of the thousands of visitors who file through the exhibits reveals faces in deep concentration, hungry to soak in every detail, whether communicated by the guides or present on the many panels covered in texts and images.  All this effort and work is, moreover, for something that most people consider ephemeral and unnecessary for daily survival: cultural study.

This passion alone holds the key to the meaning of the Meeting.  It generates the exhibits and also finds expression in the many talks and panel discussions offered in several large lecture halls simultaneously throughout each day of the Meeting.  Often there is not enough room in auditoriums that hold thousands of people and the crowds spill outside the doors, onto the floor in order to watch the proceedings on large video screens.  Imagine a talk about mathematics by a professor from Princeton University (and no one’s grade depends on it), where hundreds of people cannot fit into the lecture hall and must sit on the floor, watching on a screen!  These discussions and talks are given by exhibit curators and experts in many fields.  Among the many speakers at the Meeting in Rimini this year were Rose Busingye, a nurse and the Coordinator of Meeting Point of Kampala, a center for Ugandans with AIDS; Mary McAleese, the President of Ireland; Gerhard Ludwig Müller, Bishop of Ratisbona; Miguel Diaz, the US Ambassador to the Vatican; Joshua Dubois, Director of the White House Office of Faith-Based and Neighborhood Partnership; Diarmuid Martin, Archbiship of Dublin and Primate of Ireland; John Milbank, Lecturer in Religion, Politics and Ethics at Nottingham University; Edward Nelson, Lecturer in Mathematics at Princeton University; Mario Livio, Senior Astrophysicist at the Hubble Space Telescope Science Institute; William McGurn, Journalist with the Wall Street Journal; Chen-Hsin Wang, Lecturer in German Language in the Departments of Music and Psychology at Fu Jen Catholic University in Taipei, Taiwan; Angelo Scola, Patriarch of Venice; Angelino Alfano, Italian Minister of Justice; David Maurice Frank, Native American from the Ahousat Reserve, Vancouver Island, Canada; Aliyu Idi Hong, Minister of State for Foreign Affairs of the Federal Republic of Nigeria; Shah Mehmood Quereshi, Minister of Foreigners for the Islamic Republic of Pakistan; Shōdō Habukawa, Buddhist Monk and Lecturer at Koyasan University; Tareq Oubrou, Rector of the Mosque of Bordeaux; Joseph H. H. Weiler, Director of the Straus Institute for the Advanced Study of Law and Justice and Co-Director of the Tikvah Centre for Law & Jewish Civilization at the New York University; and many leaders in Italian government and business — to name only a few!

How is it that so many professionals from diverse fields find the passion to offer their work as a free gift to anyone who approaches?  And what is it that draws these crowds, year after year, to a fascinated engagement with the cultural exhibits and lectures at the Meeting?  Where does this passion come from?  The theme of the 2010 Meeting offers a clue: the human heart.  The heart, unimpeded by calculation and not distracted by the dream of personal gain, can and does open out toward whatever is true, and beautiful, and just.  The Meeting is the fruit of this discovery and its consequence: an embrace for every aspect of reality, because all is a gift, all has been given by Another. 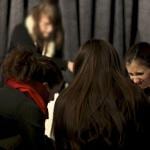 February 11, 2019
The Passion for Culture, the Thirst for Meaning
Next Post 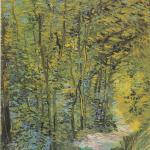