The Passion for Culture, the Thirst for Meaning

“It is the presumption of old age that reality is shaped by our ideas.  The experience of the child is wonder in front of something that is completely given, always new, unexpected and appealing.  Life is either the continuous, exciting discovery of something that was unknown, or it is an inevitable slide into boredom” (from the Mission Statement, published on the Crossroads Cultural Center website).

Angelo Sala, one of the original four founders, told of how they decided to meet after discovering that each of them, simultaneously, had a similar strong desire to communicate the passion for culture they had first encountered at the Meeting for Friendship Among Peoples, held annually in Rimini, Italy. For five months, the group met regularly, at a Starbucks coffee shop, because there was no other place to meet.  They discussed every aspect of the endeavor, from the name to the logo for the new cultural center.  The name “Crossroads” communicates that the center is a meeting point, a place that is open, where friendship can develop and where roads meet in a time of change.  The logo was adapted from a painting by Piet Mondrian, “Broadway Boogie Woogie,” exhibited in the Museum of Modern Art in New York City; they chose this painting because it expresses the theme of the open meeting place of roads, and because it is a local painting that depicts the place where the new cultural center would be born.

Five years after the first Crossroads event was presented, the cultural center has organized over 130 public events, in New York, Washington DC, Houston, Chicago, New Bedford and other cities.  Sala emphasized that speakers and topics are chosen based on how he and his friends are struck by reality and never according to a preconceived idea.  Crossroads activities can be categorized by four main areas of interest: 1) “Human Affairs”: these presentations concern current events, “because what happens always contains a suggestion, a hint that affects or may change our lives”; 2) “Memory and Identity”: an exploration of our cultural heritage, “because the fabric of our life is woven from all the events that happened before us”; 3) “Beauty Will Save the World”: a title taken from a quote by Dostoevsky, which expresses “the wonder and attraction at the origin of human experience and the adventure of knowledge”; 4) “Meetings at the Crossroads”: opportunities to encounter particular people, “because every human being is an irreducible novelty… regardless of any cultural, religious or social boundary.”  In addition to public events, the Crossroads Cultural Center offers an extensive reading list on its public website and traveling exhibits that may be used in other cities.

Above all, Sala stressed that Crossroads was born “from a renewed sense of belonging to the Catholic Church, [which] opened us up to reality.”  The new point of view, offered by faith in Christ, introduces a new perspective that “launched us into the adventure of knowledge.”  For Sala and his friends, the pursuit and love of knowledge are not an intellectual hobby.  He insisted that “everybody must respond to the unquenchable thirst” for knowledge that is born from an acknowledgment that humanity has been given the task and the power to “name, have dominion, and recognize [the] meaning” of reality.  We “only possess things when we recognize their meaning.”  Sala further elaborated that once we are able to recognize that we share the thirst for meaning with all human beings, then we begin to be interested in every aspect of reality.  The aim of Crossroads is to propose a hypothesis, best summarized by an observation made by the poet, Jacopone da Todi, “Each and every thing and everything together speaks out and cries out for one thing, love.”  Sala explained that because this hypothesis is the starting point for all encounters, “we can meet and have dialogue with everybody, without fear of losing our identity.”  Thus all Crossroads activities are characterized first by openness and second by the desire for true friendship with whomever we meet along the way.

After Angelo Sala introduced the work of the Crossroads Cultural Center, two speakers were invited to give their perspectives on Crossroads. The first was Francis Greene, a professor of Italian languages at St. Francis College in New York. Greene observed that the Crossroads mission has a great affinity with the charism of St. Francis of Assisi, who “plunged himself into the nitty-gritty of daily life – nothing was off the table.” St. Francis and Crossroads each demonstrate that “through material things, one can be led to God.” The second speaker, Paolo Valesio, an art historian and professor at Columbia University, told us, “What struck me was not just enthusiasm but also friendship.” Valesio has observed a tension in his own life, one that opposes defense of the Catholic faith to unconditional acceptance of the other. He has noticed, though, that his friends at Crossroads have shown him a new way to be with others: “Without preaching to me about friendship, […] through their lived experience, predicated on a certain idea about destiny,” they have embraced him: “Every time I assert, in a polemical way, my Catholic belief, I encounter some form of charity.” 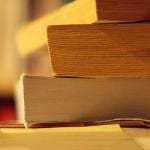 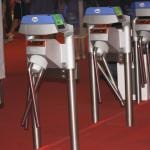 February 11, 2019 A Free Abundance of Great Things at the Rimini Meeting
Recent Comments
0 | Leave a Comment
"Well why don’t you give examples of bad tribalism so we could see what you’re ..."
Manny Is there anything more urgent?
"“…we Catholics affirm that Jesus Christ cannot be known outside the Church. The Church, as ..."
James C. In Defense of Reading Pagans
"Anyone who's been paying attention knows who "Guest Contributor" is."
Emily Yost Which hill will you die on?
"I believe that history has to be written by all points of view, because some ..."
Brianna LaPoint In Defense of Reading Pagans
Browse Our Archives
Related posts from Convivium Salon