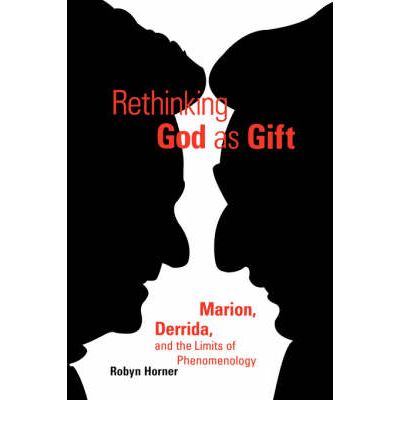 Derrida (L) and Marion (R) face off on the cover of Rethinking God as Gift. What the heck is the empty space between them supposed to represent? A broken beer bottle?

If we apply the principle of “Ye shall know them by their fruits,” then it seems Derrida was more a theologian than a conservative. Peter Blum recently argued at the Imaginative Conservative that Derrida, because of his painstaking attention to close reading and commentary, was something of a conservative. Other than Lynne Cheney’s protracted engagement with Foucault in Telling the Truth and Fukuyama’s apotheosis of Kojeve in The End of History and the Last Man I don’t know of any lasting influence of deconstruction or phenomenology on conservatism.

I won’t delve too much into the issue of Derrida’s conservatism, because, as I’ve said elsewhere, I am not particularly invested in conservatism myself. There are also accounts about How Foucault, Derrida, Deleuze, & Co. Transformed the Intellectual Life of the United States, but I won’t be going into that either. What really interests me is how Derrida’s work helped to revive certain aspects of theology.

I still haven’t been able to figure out what came first, the chicken or the egg, however, it seems that Derrida was pulled into exploring what the Church Fathers said about the limits of language and what can be known by his most famous pupil, Jean-Luc Marion, a Roman Catholic. 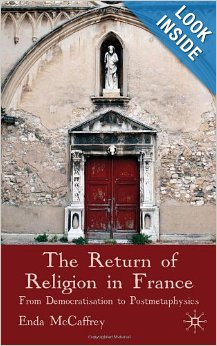 You know you wanna look. I bet you never suspected the French of all people.

Their debates spilled into French phenomenology in what’s become known as its religious turn. Somewhere along the line, in nominally atheist France, religion became a predominant theme in phenomenology, and its Derridean offshoot, deconstruction. It became such an obsession that Phenomenology and the Theological Turn is a set of papers by the most prominent contemporary French philosophers edited by an atheist, Dominique Janicaud, crying wolf in the introduction against the contamination of phenomenology by religious ideas. For those wishing to delve further into the “turn” there’s also Robyn Horner’s account of the debates between Marion and Derrida about key philosophical issues in the book Rethinking God as Gift. The holy grail is the little known and a little expensive, The Return of Religion in France.

Before I get into the ways that phenomenology has become something of a Catholic first philosophy I should give some background to those of you who are not familiar with this philosophical tradition. The following is from the Stanford Encyclopedia of Philosophy’s entry on  “Phenomenology”:

The historical movement of phenomenology is the philosophical tradition launched in the first half of the 20th century by Edmund Husserl, Martin Heidegger, Maurice Merleau-Ponty, Jean-Paul Sartre, et al. In that movement, the discipline of phenomenology was prized as the proper foundation of all philosophy — as opposed, say, to ethics or metaphysics or epistemology. The methods and characterization of the discipline were widely debated by Husserl and his successors, and these debates continue to the present day. (The definition of phenomenology offered above will thus be debatable, for example, by Heideggerians, but it remains the starting point in characterizing the discipline.)

In recent philosophy of mind, the term ‘phenomenology’ is often restricted to the characterization of sensory qualities of seeing, hearing, etc.: what it is like to have sensations of various kinds. However, our experience is normally much richer in content than mere sensation. Accordingly, in the phenomenological tradition, phenomenology is given a much wider range, addressing the meaning things have in our experience, notably, the significance of objects, events, tools, the flow of time, the self, and others, as these things arise and are experienced in our ‘life-world.'”

Phenomenological writing is characterized by thorough (frequently verging on the poetic) descriptions of phenomena as wide-ranging as love, perception, the Eucharist, poetics of space, violence, and even neurotic behavior. 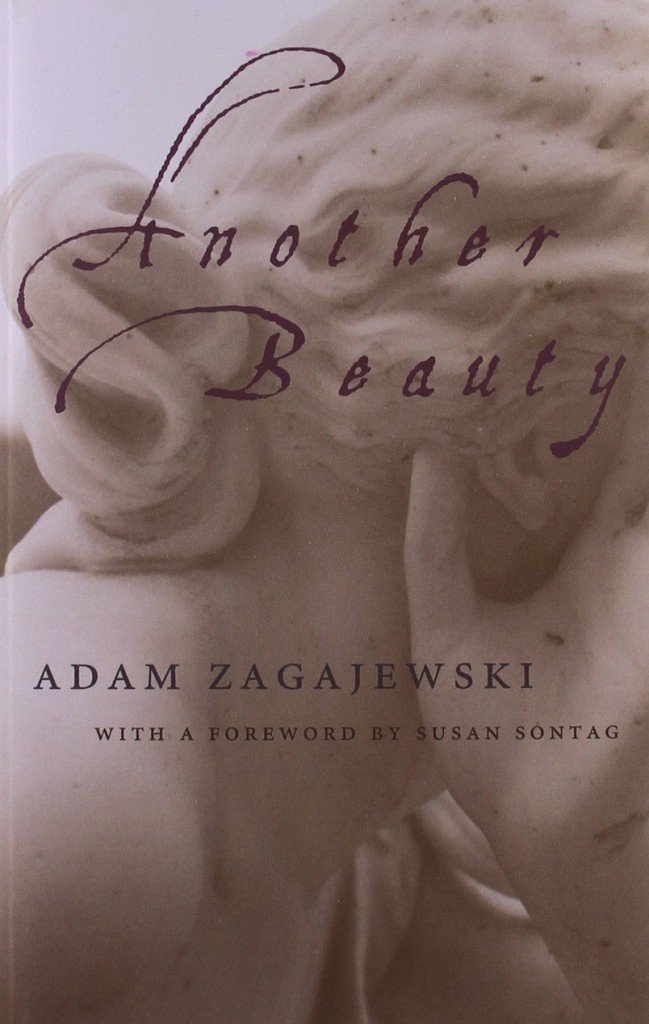 Another Beauty is packed with stories of Krakow, world capital of phenomenology.

In poet Adam Zagajewski’s memoir Another Beauty (available at a 60% discount!) there’s even an account of Roman Ingarden’s lectures that would pack halls with hundreds, sometimes thousands of people, describing the most mundane objects such as cigarettes boxes. There’s also an amusing family story about an aunt befriending the new priest at their parish, yet another phenomenologist, Wojtyla. I won’t spoil it for you.

Now, I suppose there are several factors that make phenomenology, if not a Catholic, then a Catholic-friendly philosophy.

First, phenomenology has extensive roots in philosophical speculation of the Scholastics (Dermot Moran gives a great account of this in his Introduction to Phenomenology). Husserl, the founder of the phenomenological movement borrowed the foundations for his philosophy from Franz Brentano, a former priest who, in turn, borrowed some of his speculations about the intentionality of consciousness from the Scholastics. Heidegger, himself was a failed seminarian, was the philosopher who ranked second in importance as far as putting phenomenology on the map with his classic study Being and Time. He also imported his fair share of veiled theological themes into the philosophical movement. I’ve written about Heidegger’s Catholicism before here. 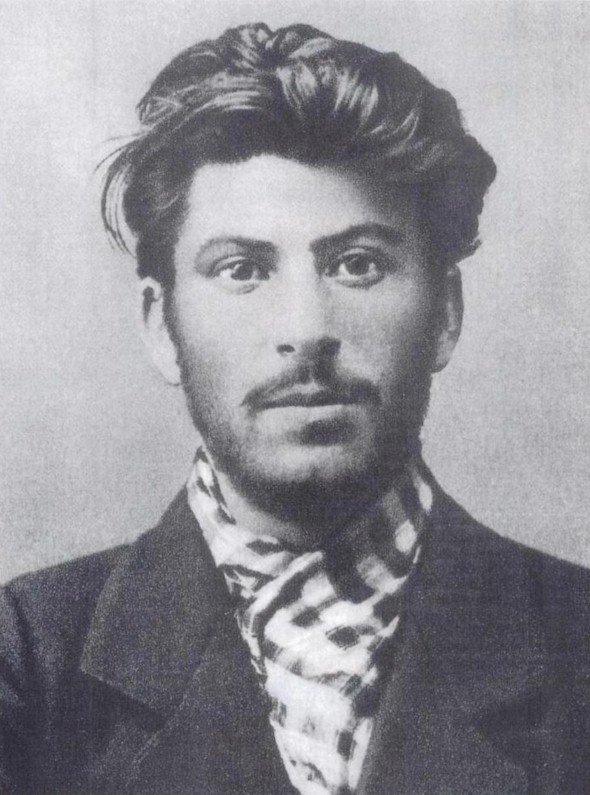 Beware of failed seminarians (Stalin circa 1902)

Second, Husserl attracted a large following of Catholics and Catholic-converts-to-be with the call “back to things themselves” in his Logical Investigations. It seems that something about the concreteness and attention to realism of his philosophy appealed to great young Catholic intellectuals reared upon Thomist realism. These included students such as the already mentioned Martin Heidegger (author of The Phenomenology of Religious Life) , Max Scheler (author of The Divine in Man andRessentiment who later fell away from the Church, but nonetheless greatly influenced the phenomenological work of Karol Wojtyla), Roman Ingarden (Polish author of The Controversy Over the Existence of the World and JP2’s teacher), Dietrich von HIldebrand (author of The Heart: An Analysis of Human and Divine Affectation and Transformation in Christ: On the Christian Attitude), Eugen Fink (author of Nietzsche’s Philosophy), Gustav Siewerth (who greatly influenced von Balthasar) and St. Edith Stein (author of Finite and Eternal Being and of a dialogue between Aquinas and Husserl in the collection Knowledge and Faith). [Wow, I’m really impressed with this list now that I’ve compiled it.]

Stein, as befits a saint, is credited with saving Husserl’s butt by arranging much of his later work and publishing it. He was apparently in the habit of writing a whole bunch then forgetting to publish it before starting on new projects. She was his most trusted assistant and didn’t want to let all his work go to waste.

Third, when Husserl died in 1938 his literary bequest was given a home by a Belgian Franciscan from the University of Louvain. Husserl’s wife Malvine also ended up Belgium, survived World War II in a convent, and converted to Catholicism (the Husserls came from a Jewish background).

Fourth, the Catholic access to Husserl’s archives, combined with all the former students who were Catholics, resulted in Catholic universities taking up phenomenology with gusto. In the States Catholic universities such as Villanova, Boston College, Duquesne, Loyola U. of Chicago, Notre Dame are perennially listed as the places to study phenomenology in the United States (where the benighted tradition of analytic philosophy, for me the academic equivalent of a never ending New York Times crossword puzzle, dominates in “normal” philosophy departments). Louvain, the Catholic Institute in Paris, and Krakow (affectionately known as the capital of phenomenology by those in the know) are some of the other major papist centers of phenomenology.

Finally, Villanova put Derrida in conversation with theologians during several conferences about deconstruction, phenomenology, and theology. The groundbreaking essays from these events are now available as the following books: God, the Gift, and Postmodernism, Augustine and Postmodernism, andQuestioning God. 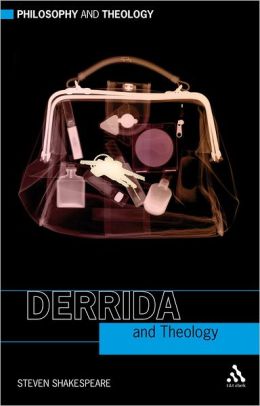 It looks like Shakespeare was fated to write on Derrida and theology: “Theologians are engaging as never before with Derrida’s own deep-rooted reflections on religion. From the nature of faith to the name of God, from Messianism to mysticism, from forgiveness to the impossible, he has broken new ground in thinking about religion in our time.”

All, in all, it seems like the cards were stacked against Derrida. By doing phenomenology he was doomed to stray into Catholics and theology.

This post has gone on for much longer than I anticipated, so I’ll cut it off here for today. I’ll pick up the thread tomorrow by giving you a quick rundown of the French theological turn in phenomenology. It will feature works by influential Catholic thinkers who were either Derrida’s former students, colleagues, or philosophers who engaged his work.

Now that I’ve gotten to the end of these meandering thoughts what’s emerged is the conviction that Catholic dominance of contemporary philosophy is resistant to all the tired narratives of Catholic cultural decline.