What About the Hurdles to Good Interfaith Dialogue? 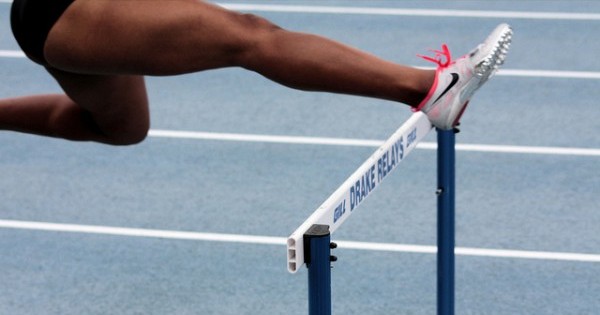 Andy Gill (progressive Christian blogger at Andy Gill): We’ve all expressed experiencing challenges, failures, frustrations and even successes within our pursuit and engagement of interfaith (IF) dialogue. The question today is twofold: 1) Why did we each choose and want to participate in this very interfaith blog, and 2) what makes this and other interfaith conversations work so well? (Or not work so well…)

Galen Broaddus (atheist blogger at Across Rivers Wide): Personally, my motives for getting into these conversations come from a few different places. One is that I’m already sort of in several interfaith conversations on a personal level, the most significant of them being with my wife, who’s a fairly progressive Christian. That didn’t quite happen on purpose (I left Christianity 5 years ago; we’ve been married almost 14 years), but it’s made me very aware of some of the give-and-take.

The others are simpler: curiosity and a desire for connection.

Hind Makki (Muslim blogger at Hindtrospectives): So, I’m an interfaith educator by day, so when my editor asked me if I was interested in doing a “mixed blog” with two other channels, I jumped at it. Being a visible part of a minority faith in America, my sanity (and I believe my community’s survival) depends on being able to have honest interfaith dialogues and build strong interfaith friendships.

Andy: I had a similar sentiment as both of you, thankfully. I say thankfully, because I think that these likenesses (however minute) are why this has worked so well. And, echoing Galen’s sentiments in regards to curiosity and a desire for connection, this is mostly the foundation as to why I engage so heavily in these discussions. Not to mention, I also grew up in very diverse areas, as an adopted Asian American, that throughout my younger age/youth, I bounced through the system and moved from home to home more often than not — so interchange, adaptability and, yes, even interfaith dialogue had to be developed for survival.

Galen: Andy, your personal experience is very different from mine. In fact, I grew up such that I could’ve gone my whole life without these conversations and never known what I was missing. I think that’s an important thing to broadcast to people who seem satisfied to stay ensconced in their own silos.

Andy: Yeah, Galen, it’s such a shame. People don’t know what they’re missing, lol. But seriously, in my high school my guidance counselor tried her best to prepare me for that “reverse culture shock” going into college. #surroundedbywhitepeople

Hind: I’ve found that one key for successful interfaith conversations is to listen and ask deep questions. How have your experiences — Andy as a young man in different communities, Galen with your wife in what has now become an interfaith marriage — taught you to listen?

Andy: Well, Hind, I’d love to hear your opinion(s) and thoughts on this, but…hm, how do I word this… Okay, well, in resisting my anger, and being taught via my POC mentors to decolonize my mind, I’ve in a roundabout way been focusing more so on speaking up — it’s been tough in 1) learning the balance of listening and 2) appropriately asserting my voice/humanity (as a POC who was taught to remain silent his entire life, regarding issues the majority are uncomfortable with).

Hind: I’ve had similar experiences, Andy, and also one major difference: I was always encouraged by my family and those around me to speak up and speak out. Ever since I was a kid, I knew that media portrayals of Muslims (see: Not Without My Daughter, any action movie of the 90s) were flat out incongruous with my own lived experiences, so I felt moved to speak up and speak out wherever I encountered incorrect portrayals of my faith. After 9/11, my “speaking up and speaking out” matured into a dialogue, not only about my faith but about what America is and can be. I’ve caught myself many times over the last decade talking too much in my zeal to have others understand me and my faith, and listening not enough to understand others and their perspectives.

Andy: It reminds me of this quote I tweeted out yesterday:

"Never argue with a fool, onlookers may not be able to tell the difference.”

And Galen, I include you in this too, as, I’ve discovered within effective IF dialogue, other issues and marginalized groups/individuals face very similar struggles — so I don’t want you as a white male to feel ostracized or left out of this topic. I guess a better way to put it is by asking: 1) Do you feel ostracized when discussions of race are thrown into IF conversations? and 2) how do you deal with it/ what’re your frustrations from all it (i.e. feeling of ostracization, if at all…)?

Galen: Oh, I absolutely don’t feel ostracized. When I start to hear about experiences that clearly don’t line up with mine, I have learned that this is the prime opportunity to listen and hold my tongue. There’s a definite tendency for people with privilege to push in and center their own experiences, and I’ve learned (sometimes the hard way) that this isn’t productive or respectful to those who are sharing their experiences.

In some ways, it’s been helpful for me to think of it with some degree of reciprocity: Just like I would be supremely annoyed if someone were to respond to me talking about ways in which I have felt microaggressions from family or strangers about atheists by pulling a #notallChristians or something, I need to understand that others will have experiences that deviate from what I expect or have experienced, and that’s something to assimilate into my own understanding rather than trying to argue against it.

Hind: I’ve had trouble with discerning when I’m out of bounds in centering my experiences in a conversation, or when I’m actually deepening a conversation by sharing when I hear echoes of my story in the lives of others. I’ve had to train myself not to listen in order to respond. Holding my tongue doesn’t come naturally to me; it really does require some discipline, humility, and a willingness to learn from people with whom I might disagree. It’s still not easy.

Andy: Yeah, it’s the struggle to be heard, while also resisting the accusation that you’re trying to be famous, being self-centered, not-so-relevant, _______ (fill in the blank). And this is for ANYONE marginalized.

Galen: I think that ultimately, there’s a balance that has to be found between listening and conveying one’s experiences and perspective, and that requires us to both be self-aware and have at least a basic level of trust (or, if you prefer, faith) that everyone’s in the conversation to be both teacher and student. At least, that seems to be true from the productive conversations I’ve had. 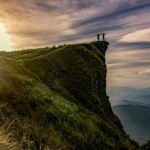 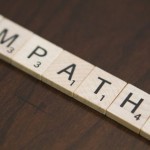 February 20, 2017 Where Can Empathy Actually Take Us?
Recent Comments
0 | Leave a Comment
Browse Our Archives
Related posts from Crossing the Streams 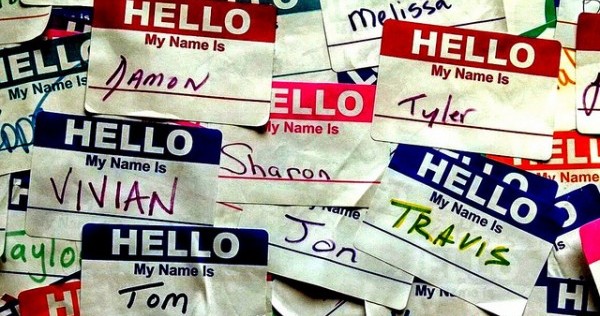 The Mix
What's in a Label?
Crossing the Streams
TRENDING AT PATHEOS The Mix