Necessary and contingent are philosophical terms of art.  An existent being is necessary if it must exist, and contingent if it might not have existed, or might cease to exist.

For everything that has the possibility of being and of not being, is mutable.

But God is absolutely immutable, as has been demonstrated. Therefore it is impossible for God to be and not to be.

Since God is utterly unchanging, He can’t change from existing to not-existing, or vice versa.

But anything that exists in such a way that it is impossible for it not to exist, is necessarily Being itself, ipsum esse.

There are two kinds of beings that exist necessarily: those that owe their existence to another necessary being, and those that don’t.  Consider the truths of mathematics; they are necessary, and in a sense eternal, but they owe their being the First Mover (because everything does).  If there were no First Mover, there wouldn’t be anything at all, including mathematics.  But the First Mover doesn’t owe its existence to anything else, and is necessarily Being itself, the ground of all other being.

Necessary existence, and impossibility of nonexistence, mean one and the same thing. Therefore God must necessarily exist.

Thomas then, as usual, goes on to give another argument:

Moreover, everything that has a possibility of being and of not being, needs something else to make it be, for, as far as it itself is concerned, it is indifferent with regard to either alternative.

A contingent thing, a thing might exist or might not exist at any given time, needs a cause to bring it into exist.  If it doesn’t exist, it certainly can’t bring itself into existence.

So we have a causal chain of contingent beings; we can follow it backwards.  But we’ve already established that there’s a First Mover in all such causal chains.

However, nothing is prior to God. Therefore it is impossible for Him to be and not to be; of necessity, He must be.

In short, we eventually bump into God, the First Mover, and we know there’s nothing prior to Him.

And since there are some necessary things that have a cause of their necessity, a cause that must be prior to them, God, who is the first of all, has no cause of His own necessity. Therefore it is necessary for God to be through Himself.

Because there is God there are other necessary things, like the truths of mathematics.  They have a cause of their necessity, i.e., God, which is to say they get their being from Him.  But God does not have a cause of His necessity; He must get His being from Himself.  This is why we say that God is the ground of all being.

June 29, 2014
Lumen Fidei: The Light That Spreads and Blazes
Next Post 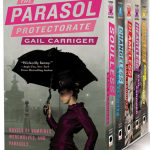 Catholics: They Are Not Coming Back...Unless...
Thin Places
Related posts from Cry 'Woof'