Lumen Fidei: The Light That Spreads and Blazes

Lumen Fidei: The Light That Spreads and Blazes June 29, 2014 willduquette

Chapter 3 of Lumen Fidei (yes, we’ve finally made it to Chapter 3!) is about the spread of the faith, which goes from person to person as light reflects from one surface to another.  Pope Francis describes it thus:

It is a light reflected from one face to another, even as Moses himself bore a reflection of God’s glory after having spoken with him: “God… has shone in our hearts to give the light of the knowledge of the glory of God in the face of Christ” (2 Cor 4:6). The light of Christ shines, as in a mirror, upon the face of Christians; as it spreads, it comes down to us, so that we too can share in that vision and reflect that light to others, in the same way that, in the Easter liturgy, the light of the paschal candle lights countless other candles. Faith is passed on, we might say, by contact, from one person to another, just as one candle is lighted from another. Christians, in their poverty, plant a seed so rich that it becomes a great tree, capable of filling the world with its fruit.

I attended the Great Vigil of Easter this year; I received a candle, which I lit from another candle which was lit from yet another, going back to the Paschal Candle; and the crowd processed with their candles into the church and lit it with hundreds of points of light.  I’ve been to many such services, including some that began in complete darkness in the church itself, followed by the lighting of first the Paschal Candle and then the lighting of individual candles pew by pew until the whole church was lit.  It felt quiet, and solemn, and joyful all at once.

The thing is, by modern standards a church illuminated only candles is quite dimly lit.  It is out of the ordinary.  But it occurred to me while reading the pope’s words that the same mass would have been experienced quite differently even a century or so ago.

Imagine yourself in one of the great cathedrals of Europe at night.  They were designed to be illuminated by daylight through the stained glass; at night, they must have been pitch black, except for a few points of light here and there.  Now imagine a throng filling the dark cathedral; and think of the candles being lit—the expensive candles, too expensive to use so profligately, except for such a special occasion—and the light filling the cathedral, and making it more brightly lit than it would ever normally have been at such an hour.  Oh, the splendor and the glory!

Whether such candlelight services were held in Europe in the great cathedrals, I don’t know; I have a suspicion that the kind of Vigil mass I’ve intended, with a candle for each person, is probably a newish invention.  But I think that’s the image that Pope Francis is going for—not unusually dim and private, but blazing with a profligacy of light. 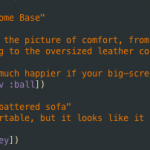 Catholic
Christ Promised a Crown of Thorns, not a...
Cry 'Woof'

Catholic
How Can You Love the Siblings You Haven't...
Cry 'Woof' 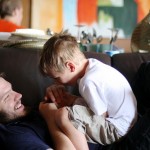 Catholic
The Enlightened Family: Why, It All Makes Sense!
Cry 'Woof'