Conversion, or Rearranging Your Inner Furniture

Everybody’s familiar with what I’ll call “Big-C” Conversion, as in, Mr. So-and-so just converted to Catholicism, or Miss Such-and-Such converted to Christianity. Tonight, though, I need to speak to our RCIA group about “Conversion”; and for Catholics there’s a lot more to it than simply “I converted to Catholicism”. Big-C Conversion is a real and important thing; but then comes little-c “conversion of life”, an on-going process that ideally lasts the rest of one’s life.

The problem with explaining conversion of life in any detail is that it really is a process; and it’s a very personal process. In a way, it’s about how God in His wisdom chooses to deal with me in leading me to Heaven. And while I have experience with that, I certainly don’t have all the experience I expect to have in the long run, and besides it’s not clear how well my experience applies to anyone else.

But here’s how I’ve been thinking about it. Big-C Conversion is kind of like rearranging the furniture in a favorite room.* You look around, and you say, “This just isn’t right. I don’t want to live like this any more. What can I do about it?” And the next thing you know, the couch is over there, and the lamp has moved, and the books are in different places, and because you moved the couch you’ve vacuumed everything, and the room is ever so much more pleasant to be in. It’s like new.

But it still isn’t quite right. That lamp has to go; and we need a picture on that wall; and have you seen the state of the carpet?

This process may continue for a few hours, a few days, or months on end if you get a decorator (or an RCIA team) involved. Eventually, though, you get everything the way you want it, and it makes you happy (and if you’re me you sit down in the middle of it and read a book, because how else would you enjoy a newly pleasant space?). It’s over. The Conversion is complete.

And then little-c conversion can begin. The new room has to be kept neat. There’s some stuff left from the previous arrangement that after a few months you realize just doesn’t fit, and you get rid of it. And then you start eyeing other rooms in the house.

Conversion of life is like that. It’s about learning what parts of your life, what parts of your behavior, need to stay…and what parts need to go—and then, with God’s help, one step at a time, clearing those parts away. It’s often a difficult thing; some of those parts are like the Cat that Came Back the Very Next Day. But if you don’t keep at it the dust accumulates and you start moving backward.

But everyone’s life is different. For some, conversion of life might be a slow steady progress; for others, life might be a sort of punctuated equilibrium: brief flurries of activity, followed by a long or short period in the new state.

Either way, you have to expect it or you get complacent; and complacency is rarely good for any relationship.

* Someone is going to bring up that old tract, “Your Heart, Christ’s Home”, I just know it. 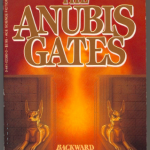 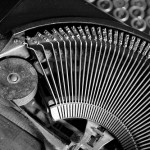 March 5, 2015 Leslie Charteris on What the Well Dressed Man is Wearing
Recent Comments
0 | Leave a Comment
Browse Our Archives
get the latest from
Catholic
Sign up for our newsletter
POPULAR AT PATHEOS Catholic
1