The Glory of God and the Total Perspective Vortex

The Glory of God and the Total Perspective Vortex October 14, 2015 willduquette

Douglas Adam’s book The Restaurant at the End of the Universe features a hellish device called the “Total Perspective Vortex”:

When you are put into the Vortex you are given just one momentary glimpse of the entire unimaginable infinity of creation, and somewhere in it there’s a tiny little speck, a microscopic dot on a microscopic dot, which says, “You are here.”

The notion is that this will fill you with a sense of your smallness and inadequacy in the face of the magnitude of the Universe, and so reduce you into a bowl of quivering jelly.

It’s funny in context; but I sometimes see this used more seriously as an argument used against theism. “Look how small and insignificant we are! Clearly we couldn’t be important to the creator of all of this, if he existed, which he doesn’t.” (I paraphrase mightily.)  And yet, learning more about the immensity and complexity of the Universe neither fills me with horror nor stresses my belief in God. Rather, it increases my awe at His boundless glory.

See, here’s the thing. According to St. Thomas Aquinas, love is naturally diffusive of itself. It wants to express itself. And, says Thomas, creation is God’s expression of Himself. Everything that is expresses some aspect of the glory of God.

And what a lot of glory there is! We find beauty and complexity at every scale, from the submicroscopic to the massive arrangements of galaxies. And alone in the universe are we: the sole beings we know of who can see and explore and appreciate that beauty. We are God’s beloved creation, and also His audience—not that He needs our applause, but delights to delight us.

Well, you say, but what if there’s intelligent life elsewhere in the Universe? No problem: the more the merrier. Thomas defines human beings as rational animals: animals that can think, reason, understand, and will with a free choice. If there are other rational animals in the Universe then they too are God’s beloved creation and part of His audience, just as we are.

Well, you say, but what if there are “Many Worlds”, as some physicists suggest? What if the Big Bang wasn’t a moment of creation, but a response to a Big Crunch, what if the Universe cycles endlessly? Glory to God! God is infinite, unbounded; to be a proper expression of God’s glory, Creation must be nearly so itself.

October 19, 2015 Alarums and Excursions
Recent Comments
0 | Leave a Comment
"You should update your bookshelf page accordingly."
3vil5triker . In which the Blogger is Very ..."
"You need to change the "KS" photo. It's of KANSAS CITY, MISSOURI. It is not ..."
Nessy Meme Watch: Economic Bullsh*t
"This has been on my wish list for a while. Sounds like I need to ..."
Rebecca Fuentes The Apostasy That Wasn’t
"Is not the “splendor of heaven” the presence of God in all His glory, of ..."
jayne_wayne Splendor Fatigue
Browse Our Archives
get the latest from
Catholic
Sign up for our newsletter
POPULAR AT PATHEOS Catholic
1 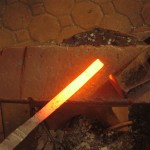 Catholic
His Bright Materials: the Saints and the Forge...
Cry 'Woof'
TRENDING AT PATHEOS Catholic