Seminary Grads: Christianity Doesn’t Need You. The (Local) Church Does

If I could give a parting word to seminary graduates, that’s what I’d say.

We American evangelicals love to speak in grandiose ways: transforming society, changing culture, or making a difference in the world. Graduation ceremonies are easy targets for big ideals. And there’s certainly a place for lofty visions and goals.

But there’s also a time to get realistic and focused. Too often, ministry is perceived as a way to achieve personal success–to unleash one’s potential as a creative thinker, as a theological intellectual, as a dynamic leader and visionary, or as an unusually empathetic caregiver. Don’t get me wrong: there’s nothing wrong with any of these things. God gives gifts, talents and passions. But at what point does ministry become a means for unleashing the minister’s personal capacities, rather than the other way around? For talented, creative leaders, Christianity can be fertile soil for personal achievement.

I wonder if there’s a growing sense in “ministry culture” that full-time church service is a second option? Or it can be a stepping stone to something else: a training camp for broader impact. This is sometimes modeled by “celebrity pastors.” If you sell enough books or speak at enough conferences, your voice must be needed by a larger Christian audience–or perhaps even the larger world. They create a demand that only they can supply. But anybody can serve the church.

Let’s be fair: Women aren’t welcome as leaders in many  conservative denominations. Church vocation is a second (or third? or fourth?) option for many female seminary graduates–especially if you want to teach or preach to adults. It’s often not their call to make.

For intellectually inclined male seminary students, the church is often a second option because the academy is so appealing. For 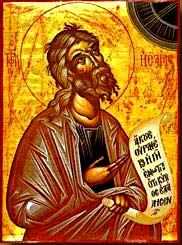 bibliophiles and theology nerds, it’s a romantic life. Studying, writing, teaching in a context of (relative) academic freedom, having conversations about Barth’s ecclesiology or Moltmann’s atonement theology (which, last I checked, rarely happens in the church), can seem like the kingdom come.

Students occasionally look at me blankly when I try to encourage them away from the academy and into the local church. Yes, I feel like a hypocrite. I love teaching in seminary. I know it’s a good gig. I’m in charge of my little domain. I don’t have sniping parishioners and pushy deacons and constant conflict to manage. I don’t worry about budgets, vision, and youth camps.

But the reality is that the greatest need right now for good theologians is in the local church. Not the “broader church.” Not Christianity as a whole. And not “the world.”

I don’t say all this to elevate the church over “the world” or over God’s kingdom. Far from it. I believe the church exists in service to the Kingdom and for the world.  As Barth put it, the church’s vocation is to witness to God’s reconciliation with the world in Christ. But local churches need creative, visionary, theologically informed, and intellectually-aware pastors to prepare those in the churches to help transform society, change culture, and–most importantly–witness to the Crucified One. Ministers shouldn’t worry about impacting Christianity and changing the world. They should worry about impacting and changing the church, so the church can participate in God’s reconciliation with the world.

June 1, 2012 Moral Courage: Caring and Compassion, Seeing and Speaking
Recent Comments
11 Comments | Leave a Comment
"What do you folks think of this one?-- Quoted from News4JAX -- 11/25/16 --"JACKSONVILLE, Fla. ..."
y3shuA imMANu3l Divine Intervention vs Divine Involvement
"So Melville traveled to Jerusalem in an effort to recover his Christian faith...hmmm, interesting, but ..."
Gregg Thomas Melville’s Epilogue
"I fail to see how Holbein's work 'deprives the Christian of hope' any more than ..."
Joseph The Dark Light of Thomas Kinkade
"You’ve written nice post, I am gonna bookmark this page, thanks for info. I actually ..."
Marc Barber The Dark Light of Thomas Kinkade
Browse Our Archives
Related posts from Cultivare