Prometheus, Genesis and the Purpose of Creation

Hollywood has had an eschatology fetish lately: exploring the final days, coming demise of the cosmos, or post-apocalyptic scenarios of the human 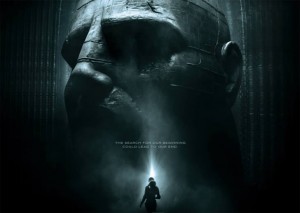 race. Ridley Scott’s Prometheus, a prequel to his Alien movies, takes us back the other direction–to humanity’s origin. It’s science fiction, of course; I stress the fiction here, because while it’s an enjoyable movie–alternatively mysterious, gripping, and laughably absurd–it has little interest in actual science.  To me, the best science fiction tries to trick you by slipping in a bit of the real stuff. But I’ve not seen the Alien movies, so perhaps I’m missing some key ingredient in how these Engineers did their creative work.

In any case, the questions which impel the main characters’ quest in the movie is: Why are we here? Why were we created? And, why have you (the Engineers) left us all alone?

Sound familiar? Those questions are similar to what people
ask about creation, aren’t they? In fact, many scholars suggest those are precisely the questions which the author of Genesis was addressing. Genesis is not so much giving us the “how” of creation (a scientific description), as the “why” of creation (a theological meaning). The narratives (note that chps 1 and 2 are different, but complementary stories) are replete with beautifully poetic and highly charged symbolic and theological meaning. They give an answer to questers who come asking about the meaning of human existence. We exist–indeed, everything exists–because God decided to speak it into existence. God created that which is, out of nothing, shaping it from chaos into beauty, and investing it with freedom, spontaneity and creativity to continue to create itself, under God’s guidance. “Let there be…! And there was.”

Human beings are the climax of God’s creation (Gen. 1:24), who, just after land animals, were created on the “sixth day.” They 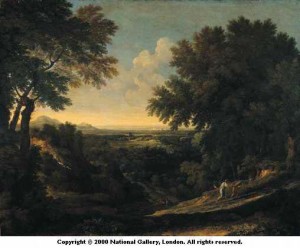 were created to “subdue” the earth. But note that this must be understood in reference to 2:15, where we are told that God put the man in the Garden to “work it and take care of it.” So, the task of humans is not to dominate (as in manipulate for selfish purposes) the earth, but to cultivate it. We are to be stewards, or caretakers, of the creation God brought into existence. Further, we are to represent God in the earth by bearing the imago Dei. The problem is, humans did not do that job very well. We are still pretty bad at it. Theologians call this “the Fall.” It means, in short, humans had the capacity and choice to bear God’s image well in the world; but we did (and do) not. We turn against God and each other. Genesis 1-3 tells us that evil was not created by God, but is perpetuated by human creatures, perhaps at the slightest opportunity for the actualizing of our powerful, free wills.

Reflecting on the search for origins in Prometheus made me thankful that God chose to reveal the “secret” of human origins to us. Not the how, of creation, but the why. We were created with purpose and responsibility. And while we have failed, time and again, in our given task, redemption is always in the plan. Indeed, some theologians have suggested that the creation story mostly sets the stage for the reconciliation of the world in Christ. As much as it may seem like it at times, our “Engineer” has not left us alone.

June 15, 2012 Billy Joel, George R. R. Martin, and Job
Recent Comments
1 Comment | Leave a Comment
"What do you folks think of this one?-- Quoted from News4JAX -- 11/25/16 --"JACKSONVILLE, Fla. ..."
y3shuA imMANu3l Divine Intervention vs Divine Involvement
"So Melville traveled to Jerusalem in an effort to recover his Christian faith...hmmm, interesting, but ..."
Gregg Thomas Melville’s Epilogue
"I fail to see how Holbein's work 'deprives the Christian of hope' any more than ..."
Joseph The Dark Light of Thomas Kinkade
"You’ve written nice post, I am gonna bookmark this page, thanks for info. I actually ..."
Marc Barber The Dark Light of Thomas Kinkade
Browse Our Archives
Related posts from Cultivare