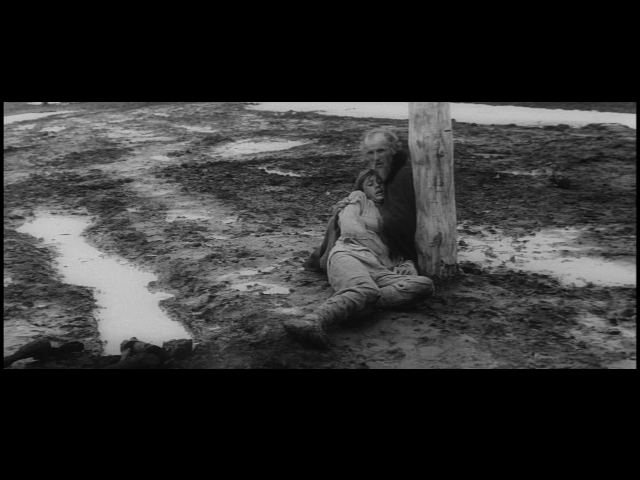 Grace is known through experience, not through description, analysis, definition. Grace is heard, seen, and felt. It is aesthetic, opening and expanding our experience of the world, which becomes, as Lutheran theologian Oswald Bayer describes it, “breadth, breath and liberation.” It is the pastor reminding you of God’s promises, which he made for you; it is the pastor announcing to you that Christ’s body was broken and blood spilt for you; and it is the daily reminder that through Baptism, you have been killed and are now raised again in Christ. The proclaimed word of forgiveness, preached Word of promise, and with wine, bread, and water are material means by which we receive, again and again, the promises of God already kept in Christ for us. This aesthetic dimension of grace that is enacted in the Divine Service, breaks through our quite rational and common sense doubts, leans against the evidence that we see around us—the pressure of justification and recognition; the stress of maintaing a transactional existence of cause and effect; of if/then, tit-for-tat, quid pro quo, all of which narrows and restricts our experience of the world, suffocating us. These means of grace give us breathing room by anchoring us to the most important, yet most difficult moment to maintain, the present. The world, which justifies through what we do, pushes us away from the present moment. We are restless, wandering like Hermann Hesse’s Demian, either into the past or lurching into the future, dwelling anywhere but the present, regretting or aspiring. The schema of law that governs the world forces us to worry about the past—did I do enough yesterday?—and the future—what can I do tomorrow to secure my recognition? And so we live our lives everywhere but the present. Word and Sacrament jerk us back to the present, to this moment, tether us, if only briefly, to the only foundation that is eternal, God’s promises. The familiar Lutheran pro me not only means “for me,” which personalizing and particularizing God’s promises, but it means for me, right now, at this moment. God’s promises are enacted for me right now as I hear, see, touch, and taste.

Yet we also experience evidence of grace outside the work of the church, the Word and Sacraments. We do so because the work of Christ recreated the world (Col. 1 ). God enters the world and it is transformed in the process.But this transformation is hidden, present only in and through God’s promises. Yet it cannot help but leak out from the church into the world, just as Christ’s resurrection mysteriously and inexplicably brought the dead from their graves. To call this experience of God’s grace “common grace,” as many do, seems insufficient, for there is nothing “common” about it, nor is it merely an extension of the creational order. Grace is an alien presence that is dismantling the schema of the world–if only for a few moments at a time.

One of the places in culture we experience this kind of grace is art, literature, music, dance, theatre. We intuitively recognize that a great work of art, whether a painting, song, or film, doesn’t seem to behave according to the rules of justification and recognition, transaction, and cause and effect. It does something else, reminds us that even though the world seems that it is such a place now, is governed and structured to establish our justification with and for each other, it is not ultimately so, there is, as Aslan says, “a deeper magic.” Art seems gratuitous, unnecessary, and infuriatingly useless in a world built for efficiency and instrumentalism, where everything is a means for self-justification. (Who has time to go to a museum or spend three hours watching a black and white movie in Russian?) This is also why art that is preachy, didactic, and overtly moralistic and commercial rings hallow and insincere. Yet it is also work that is most comfortable for us, because it is most easily assimilated into our legal schemes, grist for our justification mills. But art strikes a particular chord, and the sound it makes is different, cutting through the clanging and clamoring of the world because it comes from beyond the hills. Because grace can only be experienced (heard, felt, seen, etc), it is not “subject matter” or “content” in any conventional sense because it is not a “thing” or a “substance” that you point to. It cannot be prescribed or predicted. Through the Holy Spirit, it blows where it will. In art, as in life, it exists only in context, as an alien presence in the narrow darkness we experience in the world, which gives space. Grace, like beauty (contra Aristotle, Aquinas, and Kant) cannot be defined. What makes a person beautiful? List those qualities and then we encounter a beautiful person who does not possess them. Therefore, grace, like art, and beauty, exists not in generalities, but in concrete specifics: that person, that painting. And so grace anchors you to what is before you: a painting, a poem, a scene in a movie, act on the stage, a face. The work of art, like Word and Sacrament, force you to dwell in the only moment God gives us–the present. As St. Paul says, we forget about what lies behind and with Jesus, we must not worry about tomorrow, for St. Paul tells us, “today is the day of salvation” (1 Cor 6: 2).

But, as I suggested in my previous post, “The Ear and the Eye,” it is through the ear that the eye is opened, through the preached God who promises us life, that the senses awaken to God’s presence in the world, nature and culture, which we experience (“hear”) as grace, as alien, one-way love. For it is through Christ that all things have been made and who dwells in all things (Col 1). Is it not surprising, then, that many pursue art as a religion, erecting aesthetic monuments dedicated to the Unknown God?

A striking example of the economy of grace in art is evident in Andrei Tarkovsky’s masterpiece, The Passion of Andrei Rublev (1966), which was banned in the Soviet Union because of its Christian content and anti-totalitarianism. The film is loosely based on the life of the great 15th century Russian icon painter, Andrei Rublev, who is a saint in the Russian Orthodox Church and painter of one of the most famous icons, The Holy Trinity. Tarkovsky explores the role of faith in art and creativity through the monk-icon painter’s spiritual crisis, which provokes him to pursue a deeper faith and commitment to Christ through intense spiritual disciplines, including stopping painting and taking a vow of silence. It is a stark, dark, and at times brutally violent film.

In the course of his wanderings, Rublev’s happens upon Boriska, a young boy who is struggling desperately to caste a bell for the village church tower, taking over for his father who has died of the plague. (The icon and the bell are crucial for Russian Orthodox theology and worship–The icon reveals the world transformed by grace and the bell is the voice of God, which calls all to worship.) Boriska claims to have received the secret of bell making from his father before his death. And Rublev silently observes this young boy risking his life (The Prince who commissioned the bell will kill him if he fails.)  Although the boy succeeds, he experiences it as a crushing failure. Boriska has lied. He did not  receive the secret of his craft from his father. It is at that moment, as he embraces the boy in a muddy field, that Rublev breaks his vow of silence and says,

“We will go to the Trinity Monastery, and you will make bells and I will paint icons.”

The crushing, suffocating pressure, the narrowing of experience that both the monk and boy have experienced has taken them to the very end of themselves. Two failed artists, one who faked it and succeeded and the other who has refused to succeed by quitting. Yet against the crushing desolation and loneliness that both feel and with all evidence to the contrary, Rublev resolves not to give up. Rublev returns to his vocation, clings to what God has given and gifted him to do. But not in triumph, but humble obedience. He will simply fulfill the commissions at a church that await his gifts, that need what God has gifted him to do. And Rublev will bring Boriska with him, so that he may exercise his gift, his vocation. One of the paintings Rublev will paint is the icon of the Holy Trinity, one of the greatest icons ever painted.  (Read my reflection on that icon, entitled “Art and Theology.”) 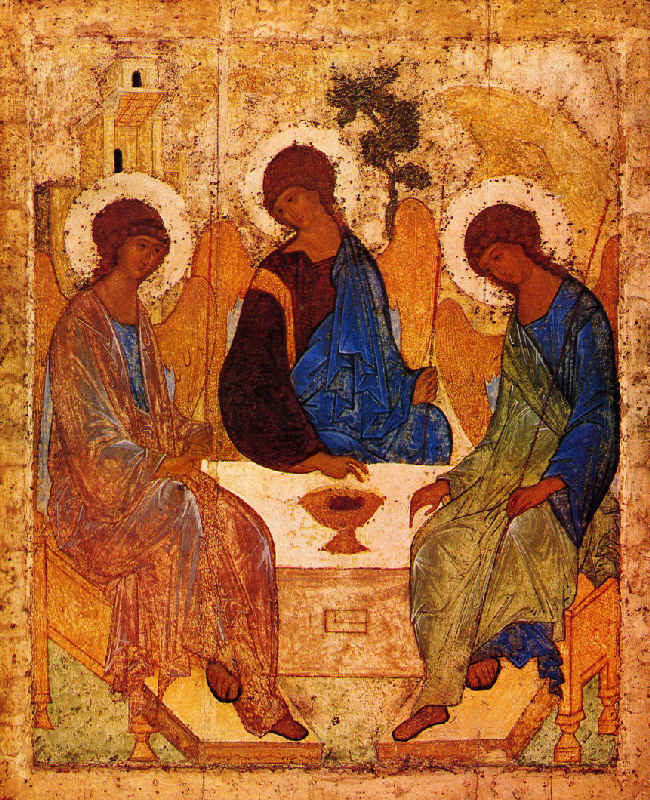 But grace is not only found in works of high art, in artist Makoto Fujimura’s paintings or Andrei Tarkovsky’s three-hour films. It is experienced throughout culture. It is experienced at the soccer field and in the grocery store. Art, however, is an isolated experience in which the alien presence of grace can hit us particularly hard and in a particularly concentrated way. But it can train us, perhaps, to be attentive to its presence in our daily lives, helping us to receive all that comes to us today as grace, God’s merciful “breadth, breath, and liberation” as we pursue our own callings for our neighbor’s benefit in response to the God that keeps his promises.

June 14, 2012 Prometheus, Genesis and the Purpose of Creation
Recent Comments
4 Comments | Leave a Comment
"What do you folks think of this one?-- Quoted from News4JAX -- 11/25/16 --"JACKSONVILLE, Fla. ..."
y3shuA imMANu3l Divine Intervention vs Divine Involvement
"So Melville traveled to Jerusalem in an effort to recover his Christian faith...hmmm, interesting, but ..."
Gregg Thomas Melville’s Epilogue
"I fail to see how Holbein's work 'deprives the Christian of hope' any more than ..."
Joseph The Dark Light of Thomas Kinkade
"You’ve written nice post, I am gonna bookmark this page, thanks for info. I actually ..."
Marc Barber The Dark Light of Thomas Kinkade
Browse Our Archives
Related posts from Cultivare 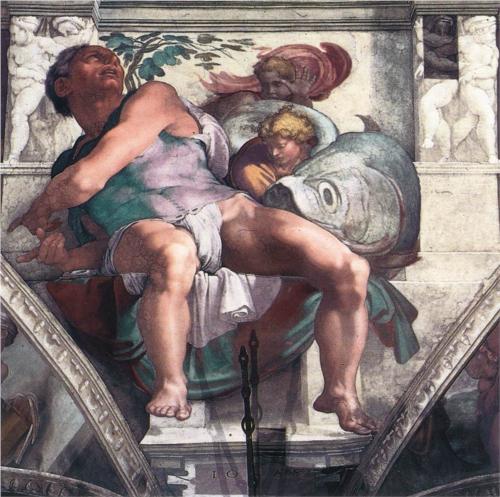 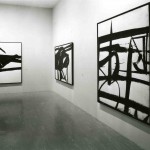 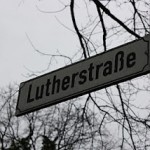