Jonathan Merritt, the SBC, and the Culture Wars: What’s Next?

Something has exploded on the blogosphere — and I have a feeling it’s only getting started.

Jonathan Merritt, a young, up-and-coming Christian author and online columnist (and son of a prominent SBC pastor / former SBC president), has been “outed.” After publishing a column in which he declared his intention to continue to patronize Chic-fil-A – 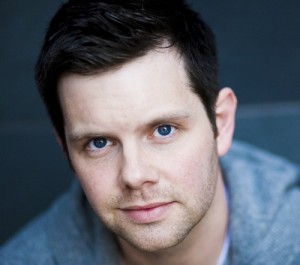 – despite the calls for protests — it caught the attention of gay, former evangelical blogger, Azariah Southworth. The column, you might say, was a fairly innocuous (whatever your position on the gay marriage issue), mostly “pragmatic” take on the ineffectiveness of boycotts and an argument for distinguishing commerce from politics. Nonetheless, it was the trigger for Southworth, who had personal knowledge of Merritt, to call him to come out (or he would produce the “evidence” himself). Merritt did respond (and quickly), in this interview with Ed Stetzer, In his response he did not claim a gay identity, but acknowledged that he’s struggled with gay attraction as a result of a childhood experience of sexual abuse.

I don’t want to dive into the murky questions of sexual identity and the ethics of “outing” here (except to point out that, to my mind, Azariah seems to be engaging in the same kind of culture-war tactics that many decry of conservatives). What I really want to say is simply that what we have here is an opportunity. It seems like this thing could go one of two directions: the SBC, Merritt’s “tribe,” (and related conservative denominations) could harden on the issue, lash out with a vengeance against Southworth and gay “activists” — and perhaps even lash out against Merritt himself. One interesting aspect of all this is that Merritt has been one of the more compassionate voices within the SBC regarding homosexuality. Some may jump on this as an occasion to undermine such compassionate responses (which would be missing the point entirely). But here’s a better alternative: they could, on the whole, take this as an opportunity for a big-time injection of compassion into the culture war debate about homosexuality and gay marriage. In the culture wars, it’s easy to abstract from the complexities of reality, make everything black and white, and fight the war at 10,000 feet. It’s also easy to separate “us” from “them” and to forget that the line of brokenness and sin cuts through us all.

July 30, 2012 100 Days to Go
Recent Comments
8 Comments | Leave a Comment
"What do you folks think of this one?-- Quoted from News4JAX -- 11/25/16 --"JACKSONVILLE, Fla. ..."
y3shuA imMANu3l Divine Intervention vs Divine Involvement
"So Melville traveled to Jerusalem in an effort to recover his Christian faith...hmmm, interesting, but ..."
Gregg Thomas Melville’s Epilogue
"I fail to see how Holbein's work 'deprives the Christian of hope' any more than ..."
Joseph The Dark Light of Thomas Kinkade
"You’ve written nice post, I am gonna bookmark this page, thanks for info. I actually ..."
Marc Barber The Dark Light of Thomas Kinkade
Browse Our Archives
Related posts from Cultivare