Following this week’s unfolding scandal involving former CIA Director and war hero David Petraeus brings unavoidable comparisons to James Bond. I haven’t seen Skyfall yet, but I hear it’s awesome and that it contains everything that makes a Bond movie Bond: sociopathic killing sprees with wicked awesome gadgetry, gorgeous women loved and left, clever asides and clear blue eyes, all somehow honorably done for love of Queen and country. Skyfall raked in at the box office this past weekend. Americans love that Fleming Formula!

Except in real life. David Petraeus is all we could want in an American Bond: a hardcore patriot with the stars to prove it, stealth annihilation of nemeses on a government kill list with cool drones that sneak into enemy airspace, and now a glamorous tryst with his biographer (albeit a married mother of two which tempers the glamor a bit) who then turns on a perceived rival with catlike ferocity. National security secrets are risked, the FBI leaks, and the President gets pulled in right after re-election. What’s not to love?

So why did Petraeus resign? He claimed it was for “conduct unbecoming,” but apparently the conduct has been going on for a while. It’s turned into a PR nightmare, but couldn’t that have been avoided with a James  Bond citation? What kind of spy are you if you’re not sleeping around and killing people? Sure, the Administration probably didn’t want any more bad press after Benghazi, but the election is over. Petraeus is supposedly a kick ass general.

The real scandal here is that when the head of the CIA sleeps with someone who is not his wife, it causes a national scandal — but when the agency manages a drone program that serially violates the sovereignty of nations worldwide, that it helps formulate and then executes “kill lists” that make James Bond’s sprees of violence look a kindergarten birthday party, it does not.

Yeah! If we were real Americans, we’d cheer the affair with the same enthusiasm we exude at taking out terrorists with technospy skills mastered on a CIA Xbox. Shaken not stirred!

“Blessed are the peacemakers” may get you called a child of God, but it makes bad movies and boring foreign policy. 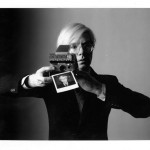 November 15, 2012 Is Free Market Capitalism Always Free? Where Consumer Desire Meets Cheap Labor
Recent Comments
0 | Leave a Comment
"What do you folks think of this one?-- Quoted from News4JAX -- 11/25/16 --"JACKSONVILLE, Fla. ..."
y3shuA imMANu3l Divine Intervention vs Divine Involvement
"So Melville traveled to Jerusalem in an effort to recover his Christian faith...hmmm, interesting, but ..."
Gregg Thomas Melville’s Epilogue
"I fail to see how Holbein's work 'deprives the Christian of hope' any more than ..."
Joseph The Dark Light of Thomas Kinkade
"You’ve written nice post, I am gonna bookmark this page, thanks for info. I actually ..."
Marc Barber The Dark Light of Thomas Kinkade
Browse Our Archives
Related posts from Cultivare