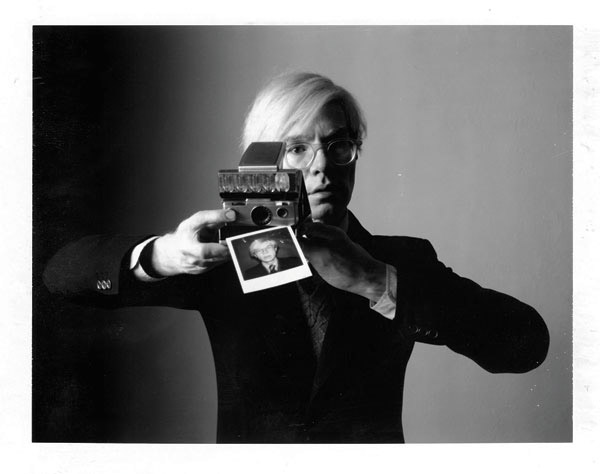 Why do so many artists behave so strangely? If their odd-looking work isn’t enough to make us scratch our heads, their weird behavior confirms our suspicions that they are charlatans, getting away with artistic murder in a laissez-faire and degenerate art world in which personality and image are more important than the quality of their work. No one resembles this portrait of the strangely behaving artist better than Andy Warhol (1928-1987). Everything about him, from his odd appearance, aloof personality, enigmatic statements, and strange collection of friends and associates gives the impression that “Warhol” was a fabrication for media consumption, an act, a ruse. Either he was a creative genius—brilliantly creative beyond our comprehension—or a marketing genius—brilliantly entrepreneurial of the P.T. Barnum variety.

But perhaps Warhol’s and other artists’ strange behavior is not due to their creative or marketing genius but a profoundly human response to a serious problem that all artists, in one way or another, face on a daily basis.

The Anxiety of the Art World

A painting is a weak and vulnerable thing because it is just not necessary. Smelly oil paint smeared across a canvas cannot be justified in this conditional, transactional world. Yet vast, complex institutions and networks have emerged to do just that, whether through the auction house (art as priceless luxury item), the museum tour (education), or the local chamber of commerce (art as community service, cultural tourism, or urban revival). That art is ultimately gratuitous, that its existence is a gift to the world, creates anxiety and insecurity in the art world. Everyone involved, from art collectors and dealers to critics and curators have to justify their interest in this seemingly “useless” activity—and justify the money they make or spend on its behalf. Art simply cannot be justified.

What makes matters worse is that no one knows what makes a great work of art great anyway, or if that work or this work is great. Even the experts don’t agree. Moreover, the art collectors, the millionaires and billionaires who drive the art world and whose own pursuit of art is powerful form of self-justication, are the most anxious and most confused of the whole lot. And so collectors must rely on their retinue of dealers, curators, and critics for confirmation. If a collector is going to spend several hundred thousand dollars on dirt and pigment smeared on a canvas, she better feel comfortable in her “investment.” And so curators, critics, and dealers are desperately looking for markers other than the painting itself  to assuage the collector’s insecurity.

Yet for an artist to make a living, these smeared canvases need to be shown, written about, and purchased. In short, these precarious, vulnerable, useless artifacts, which no one is really sure have any “objective” value, or are any good, need to operate as currency in a conditional world, a transactional economy. Yet the work the artist produces operates in direct contradiction to this “reality.”

Artists know this precarious situation. It is they who realize, consciously or not, that the works they produce in their studios are vulnerable out in the world, wonder whether the work they do is any good or possesses any lasting value. And this is especially so for those artists whose work is represented by the world’s top dealers, shown at the world’s most important museums, written about in the world’s most important art magazines, and in the collections of the world’s most powerful art collectors. These are the artists, I would suggest, who feel the insignificance of their work most acutely and the pressure of the conditionality of the art world most strongly.

Their work needs help. And so many artists cultivate a certain kind of behavior—craft a social role—that simultaneously justifies and protects their work, offering a marker for art collectors, curators, dealers, and critics, while releasing them of the burden to have to explain or defend each work they produce. This is not, however, a new development. It has been a part of the western artistic tradition since the Renaissance, when painters began to claim that art belonged to the “liberal arts” (philosophy, theology, poetry) and not the “mechanical arts” (trades). The intellectual; the businessman; the scientist; the engineer; the prophet or priest; the entertainer or rock star are just a few of the myriad of social roles that artists have adopted throughout the history of art. These roles, which require tremendous effort by artists to develop and maintain, help legitimate the work by generating a justifying “aura,” providing art collectors, curators, and dealers sufficient validation to pay attention to the work they produce. Sometimes they work. Yet sometimes they don’t.

In this prison house of creative self-expression called the art world, where, following Sartre, everyone is “condemned to freedom,” the artist must wear a mask and engage in a game of high stakes poker, appearing resistant and transcendent in the face of the contingent, transactional, and conditional nature of the art world. 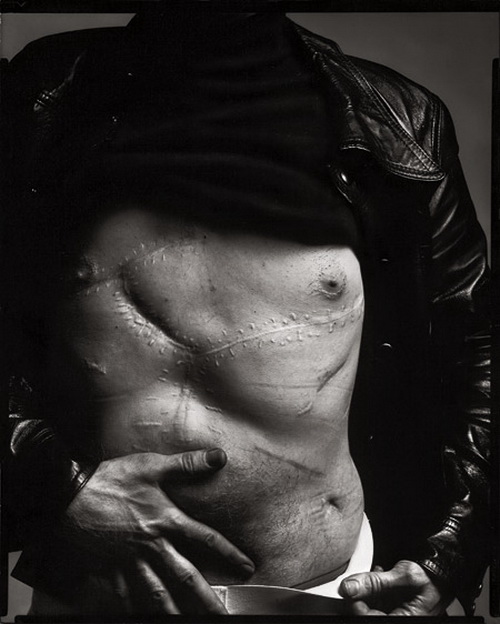 Yet appearances, as Warhol knew so well, deceive. Behind the aloof, ironic, and “underground” Warhol mask was the weak and vulnerable Andrej Varchola, Jr., the Pittsburgh native, the son of a working class family who emigrated from Slovakia; a lifelong Byzantine Catholic who struggled with his faith in light of his sexual identity; a well-respected commercial designer who became a fine artist because of his interest in revealing and exploring this Andrej Varchola in his work; and a devoted friend and selfless promoter of young artists, like Lou Reed and the Velvet Underground. This Andrej Varchola miraculously survived an attempted murder in 1968—a gunshot wound to the chest—the physical and psychological effects with which he struggled the remainder of his life, “gnawed within and scorched without,” as Melville describes Ahab. Warhol’s work, like his life, revealed the constant presence and judgment of death lurking around every corner in a culture that idolized youth, fame, freedom.  Warhol and Varchola died of cardiac arrest in 1986 after a routine gall bladder surgery, a surgery he put off because of his fear of doctors and hospitals after the trauma of his gunshot wound.

Warhol and You (and Me)

Warhol is a lot like you and me. He wasn’t a genius or a fake. He was profoundly, utterly human, justifying his work and his existence through the means available to him, and deeply insecure about its value in one of our culture’s most fickle, unpredictable, and insecure institutions: the contemporary art world.

So, when you are tempted to dismiss the contemporary art world as irrelevant because of the strange behavior of its artists, remember that their behavior is an admission that their work—what they spend their lives making and to which they are profoundly devoted and committed—is weak and vulnerable. And their personas are not only masks but the armor and weaponry that they are using in this suffocating art world to fight for it.

What masks do we wear, what armor do we put on, what social roles do we craft, and strange behavior do we cultivate to justify our own weak and vulnerable work?

November 8, 2012
Holy Nomad and the "Quest" Approach to Christian Faith
Next Post