There’s so many things I want to write about. I would love to tell you stories of Nyx’s children. I’d tell you about devotional practices for Gerda, bird migrations, stars patterns, and swamp gods, but I can’t because there is other work that must be done. There are priorities that are more important than those things.

A white terrorist named Holden Matthews has been arrested and charged with the arson of three churches in Louisiana, all with primarily Black congregations. According to reports, he had connections to paganism and neo-Nazis.  It was only last month that an eco-facist killed 50 people in the Christchurch mosque shooting.

Today I saw pagans in online forums complaining that people would expect various pagan organizations to speak out. I saw people say that we should quietly send money to those churches and not be loud about our opinions.  This is not a time for silence.

As pagans we should send money to help those churches rebuild and support those communities, but to do so quietly without decrying what happened would be to offer weregild. Weregild was the legal price set to be paid to the family of someone you killed in Germanic and Norse cultures.  There’s another name for such a practice: blood money.  If we were to quietly send along money to the victims of this crime, we would be following old European traditions that condone violence.

I do not condone this violence.

One could make the argument this guy wasn’t even really pagan, but what about last month in New Zealand? What about the Pittsburgh synagogue shooting? How many times does it take to make a pattern?

Hate in the name of Heathenry is not acceptable. Silence in the face of hate is not acceptable. I believe that everyone who honors a Norse god or goddess at their altar needs to consider how they personally can stand up to hate. I believe we all need to accept that fact that dismantling racism is an essential and ongoing effort. This is something we all have to integrate into our lives, like we go to the doctor and brush our teeth. Hate cannot be fixed by sending some money, or reading one book, or doing any single thing. Standing up to hate means making mistakes, admitting failure, and persevering in spite of it.  It means living with the discomfort of not ignoring the problem.  It means putting other things on hold and changing our priorities.

What are you doing to stop hate? 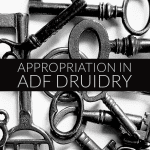 March 19, 2019
Appropriation of Afro-Diaspora Traditions in Druidic Religion
Next Post 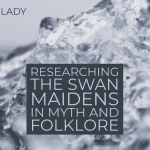 April 16, 2019 Working With Swan Maiden Spirit Guides: An Ongoing Journey
Recent Comments
0 | Leave a Comment
Browse Our Archives
get the latest from
Dandelionlady
Sign up for our newsletter
POPULAR AT PATHEOS Pagan
1 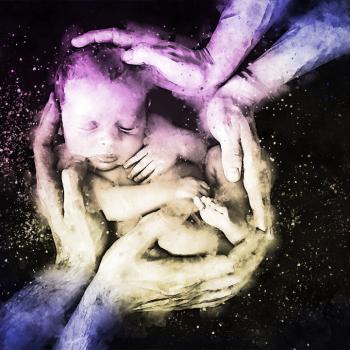 Salt City Pagan: Crystals Are the Future and...
What is our fascination with gemstones and crystals? Have we always looked...
view all Pagan blogs
What Are Your Thoughts?leave a comment
Copyright 2008-2021, Patheos. All rights reserved.
error: Content is protected !!