Imbolc Invocation to the Fire Goddesses

This Imbolc honor more than just Brighid.  Here’s an invocation many the fire tending goddesses each of whom has Her own take on fire tending. So light some candles, make a Brid’s Cross and call on the goddesses of fire to keep you and your hearth warm this winter.

Invocation to the Fire Goddesses:

We call to Brighid, triple sister: of hearth, healing, and smithing.
She who lights the Celtic night,
And blesses each beautiful morning.
The light of the fire blesses us all.

We call to Vesta, Empire’s center, aloof and alone,
Attended by priestesses kept and
Separate from the life of matron and child
The light of the fire blesses us all.

We call to Sigyn, Patient one, holding the bowl unending.
You chose to stay when you could have gone
The gift you give unbending.
The light of the fire blesses us all.

We call to Gabija, winged one, garbed in red and flowing clothes
Messenger of the gods,
You became the flame tender and tended as one.
The light of the fire blesses us all.

We Call to Hestia, eldest one, Olympian, unmarried to anyone,
Claiming none but the land.
Gifted to you is the first and the last.
The light of the fire blesses us all.

Some details about the Fire Goddesses:

Each of these goddesses is connected to a theme of tending the sacred fire. All of them are European in origin.  Brighid is Celtic, Vesta is Roman, Sigyn is Norse, Gabija is Lithuanian, and Hestia is Greek. So Fire Goddesses in the European tradition are almost always fire tenders. That means they take care of the fire. Usually they aren’t actually the fire itself. Most often the fire is a masculine deity or is not deified at all. You see this with Agni, the Vedic fire god, and Ugnis, who was subsumed into Gabija in the Lithuanian.

Sigyn: Goddess of Compassion and Fire Tending. This is what I believe from my own research and UPG, and Heathens, yes, I have heard all the arguments. This is my hill to die on. I also believe Loki is the Norse god of fire.  Sigyn is the wife of Loki, who betrays Odin and is eventually chained under the earth. It was actually this moment that was the clincher for me. Skadi, who is the goddess of winter is said to have hung a venomous snake above Loki’s head. Sigyn stays with Loki and holds a bowl to catch the venom to ease his suffering.  So we know that the Norse love kennings, or word puzzles. If I was to make a kenning for an icicle, I would call it Skadi’s snake, wouldn’t you?  And if I was a god of fire, what would be more venomous than the water dripping from Skadi’s snake? This sets Sigyn squarely as the fire tending goddess, and that’s exactly what she’s doing when she holds the bowl.

Brighid: Triple goddess of smithing, healing, and poetry. She was a saint after she was a goddess, and is still beloved by many.  Her fire burns at Kildare, tended by nuns who function as human representations of the fire goddesses of old, tending the flame. Brighid is incredibly popular, right up there with Odin and An Morrigan.  In my experiences with her she is both stern and graceful. Powerful but kind. In the Celtic tradition, she is seen as the flame itself, as well as guarding the flame.

Vesta and Hestia are very similar, as the fire tending goddesses of Rome and Greece respectively. Both are virgin goddesses, which means they are perpetually young, and in a pre-married state.  It was assumed that all women would eventually get married. The hearth was the center of the home, and the world. It was literally the center of Rome.

Gabija is the Lithuanian goddess of fire.  She is both the fire tender and the flame, similar to Brighid. I believe this is because of the way the Lithuanian language functions Ugnis was likely the original fire god, who was separate from Gabija. The thing with Lithuanian is that in poetry and song and darn near everything as far as I can tell they add endings to make things cute.  That’s right cute, adorable, and feminine.  Ugnis became Ugnele, which translates as the cute feminine fire. So when you have a young feminine fire tending goddess and a cute feminine fire god, they end up as the same deity.

Why is Fire Important?

Because it makes us human. Humans are in a symbiotic relationship with fire. There’s a reason that so many survival programs show people rubbing sticks together to try and make smoke and flame.  People often say that part of what makes us human is the opposable thumb. In truth, a number of primates also have thumbs, it’s certainly a thing that makes us primates, but it doesn’t make us human.  One of the ways we differ from all other primates is the length of our intestinal tract.  That’s right, it’s a gut thing.  We have a shorter gut than other primates, and that’s because we do something different from all the rest. We cook our food, using fire. We pre-digest what we eat so that we can spend more energy on thinking than on eating. That means we need fire, or heat in this modern era, to exist. By our very nature, we are creatures of fire. Prometheus may have stolen fire for the humans, but it’s Hestia who keeps it alight.

How to Honor the Fire this Imbolc

Light a candle, a fire, or just ponder the joy of heated houses, and say the invocation I shared above or just speak from the heart. Imbolc is about the fire in the darkness, the hope of spring to come, and the light of inspiration.  If you’ve never lived somewhere that was heated by woodstove or fireplace, try and take a moment to imagine what that might be like.  If you have the time and are lucky enough to have a fireplace, maybe consider trying to keep a fire going all through the night, or try sleeping by the fire. Most of all, focus on hearth, home, and family and you’ll be celebrating Imbolc in true style.

If you like these invocations, consider joining my Patreon for more materials, access to my research notes, and articles. 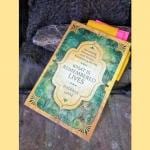 January 19, 2020
Book Review: What is Remembered Lives by Phoenix LeFay
Next Post

February 21, 2020 How to Get More Houseplants For Free to Remedy the Winter Blues
Recent Comments
0 | Leave a Comment
Browse Our Archives
Related posts from Dandelionlady