How Criticism Can Lead to Connection

Criticism-­­­whether delivered constructively or not-can create an awareness and space for connection.  If we are willing to explore beyond a plain-text reading of the critique; we can discover so much about that person as well as ourselves. Within the space of such a provoking engagement, an aim at connectivity has been attempted.

One of the most basic, but foundational teachings of Jesus is, the way in which he flipped everything on its head. Whether it was tables, ideas, sacramental practices; Jesus would subvert the power given to someone or something; ever so mindfully. Authority, the establishment- anything that attempted to silence or control collectives; Jesus would challenge the idea behind it and encourage others to look deeper, beyond just the surface.

Denying the self, a core tenant of the instructions of Jesus; means that we set aside the ego. Unfortunately, we aren’t always aware of the tactics our ego is organizing. When we receive criticism, our ego sends a message to our brains that creates panic and a need for protection. What happens is our ego acts as a missile-defense system; the criticism is the missile and our ego is the defense system. The ego acts quickly to excuse, defend, and deflect from the criticism in the same manner that a MDS works to prevent impact from a launched missile.

Denying the self is how we subvert the sour, and how we handle criticism. Launching the missile defense system is not.

Everyone is a Critic

We criticize our children, our parents, our friends, our co-workers, our bosses, our employees, our spouses- everyone!

Could it be that a parent expected more from the behavior of their child, and so they offer constructive criticism as a way to correct such behavior? Further from that; why do we think criticism is necessarily “bad”?

We all criticize others. We do it (we think) as constructively as possible so that we can bring out the fullness of who that person is. Why we do it, however, is so that the connection between us and the one we are criticizing is strengthened. It’s not the best approach, I concede, but sometimes, criticism has to be looked at in the same way we examine Jesus’s parables. What’s the deeper message?

Not Everyone is a Fan

Jesus had a very small fan-club. Most of the people that gave him time to speak, never listened to what he really had to say. Those who did listen; listened with a bias and challenged everything he said. Damn contrarians. Yet he persisted, despite the naysayers- despite the crucifixion!

In our families, in our work-place environments, all over; we find that there are cheerleaders, coaches, and fans of the other team- their team. Some people in our lives opt to not offer any criticisms- they are the cheerleaders. They applaud you when you excel, but if you fall behind, they either offer you empathic space or they remain silent.

Some people criticize like a coach. They want to pull all the best out of you. They know what you are capable of! They see you slippin’, trippin’, getting stuck in a groove too deep to pull yourself out of, so they offer you a hand. These are the people not afraid to call you on your shit. They are also the same people who will be there to encourage you when you start beating yourself up. They empathize and they encourage; they edify and offer advice to help you rise.

Then there are those who are just in foul moods and want everyone else to feel the same foul way. Fans of their own team don’t like the challenge you are bringing and instead of processing, they decide to label you, dismiss you, and aim to bring you down. Typically, these people are hurt. Hurt people hurt people. I still want to consider these people as fans, even if it seems like they are not.

Listen to it All

There are all types of people in the world- crazy, right? And not everyone fits into a neat little category, but all people want connection. All people use their own methods to communicate that want for connection. Our mission should be to counter their criticism with curiosity and care, not contempt.

Some people are more direct than others; more empathic than others; more considerate of terms and feelings than others. That qualifier word “more” doesn’t mean “better,” it just means different. Some of us attach our emotions to our criticism for personal and sometimes unconscious reasons.

The point is to look past the layers of emotions on top of the criticism and dig deeper. Listen closely to the underlying message. Listen with intention and intensity the way that Jesus wanted those who followed him, to listen to him.

Listen to all of it- even the nasty stuff. Process it before you decide to give it energy. Don’t launch the missile-defense system before you confirm whether or not it’s a credible threat. Sometimes, it’s just a really unorganized way of telling you “I needed to connect and I was unable to because of…”.

Connect to the Criticism

The criticism conveyed is an attempt for connection. No one puts forth energy toward a person unless they are trying to connect with that person. Which means, even though we may want to prepare the MDS; we need to be wait to push the button.

Criticism doesn’t have to be viewed as a derogatory term. It’s just another device we utilize to communicate how our needs can be met. Or rather, it communicates that our needs are not being met, and in some instances, it will reveal a way for that need to be met.

Criticisms Connect You to Self

Do I talk about my cats too often? Do I get too sensitive when people disagree with my belief in God? Do I trail off topic too often? Do I seem too angry and activated? Is there over-annunciation in my “O” words? (I am from Minnesota, ya know).

I ask myself; are these criticisms valuable in that, if I were to adjust some of these quirks; I could develop a stronger connection with the other person? Or, is this person just having a bad day, and wants everyone else to have a bad day with him? Is there anything that I can gain from this remark by introspectively reflecting on whether or not this does say anything about my true self? Or my ego?

We have to reflect on the criticisms. What could they reveal about ourselves that we maybe aren’t so willing to admit? Perhaps, they reveal nothing. But what loss it is to us if we give pause to reflect on such instances that push us out of our comfort zones?

Will staying on topic better deliver my message? Will not talking about my cats so often provide more consumable space for others to hear and see the ultimate aim of my message or project?

Chew On the Criticism

Criticism needs to be chewed on- because it’s usually tough, like jerky. It takes more effort to break it down and chew it up than it does to savor the taste of it. The ego doesn’t like to chew on things. That takes too much time.

The disciples had to learn how to chew on jerky. They did this to create space for the soaking- in of Jesus’s parables, in order to really understand the magnitude of what he was saying.

Their egos revealed themselves from time to time; “Get behind me, Satan!” Jesus rebukes Peter. Peter wasn’t confident enough- he wasn’t willing to marinate the principles- he wouldn’t chew on the knowledge- flavored jerky- that Jesus was revealing to them.

Jesus could see Peter’s fear- and his doubt- hidden behind his practicality. Jesus responded to the criticism from Peter in a manner that reminds us all: don’t just dismiss me- hear me, listen to what I am saying, and process it. Jesus looked beyond the surface layer of the statement; sometimes we don’t always say what we mean or mean what we say.

The ego is the critic, for all of us. The ego contrasts and compares; criticizes and condemns.

Insta-reaction isn’t necessary for connection. Listening provides more space for connection that talking will ever produce. Aren’t we to be quick to listen, and slow to speak? If we set that as our intention and directed it toward understanding all the nay-saying we received in our daily exchanges; we can learn how to be more present in the moment and potentially feel the deeper emotions hidden behind the critique.

This will not only strengthen the connection between you and the other, but it can create for you, a positive habit that you can mindfully reinforce. If you are more willing to be open to the inconvenience of criticism, you can be more open to digging deeper to reveal a yearning for a stronger connection, which eventually produces the love God had imagined for the world.

May 10, 2019 Reconnection & Repair- Is It Even Possible?
Recent Comments
3 Comments | Leave a Comment
"Jeff is a very good friend to Bill Clinton. Bubba would frequent his island on ..."
Bill Ho The Growing Accusation of Grooming: Why ..."
""Conservatives) believes the world is filled with pedophiles and sex-traffickers."You are being dishonest. Conservatives don't ..."
Bill Ho The Growing Accusation of Grooming: Why ..."
"thanks again for proving my point.Where do you ever have the right to demand ANY ..."
KDNDLKJ Deprogramming the Patriarchy
"History is in reverse, modern liberalism being self-destructive.One example of of this being demographic - ..."
tolpuddle1 Deprogramming the Patriarchy
Browse Our Archives
Related posts from Danielle Kingstrom 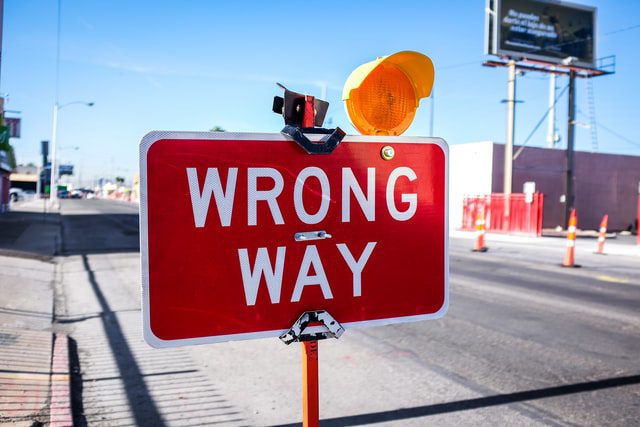 Progressive Christian
You Were Wrong: Why That's Not the End...
Danielle Kingstrom 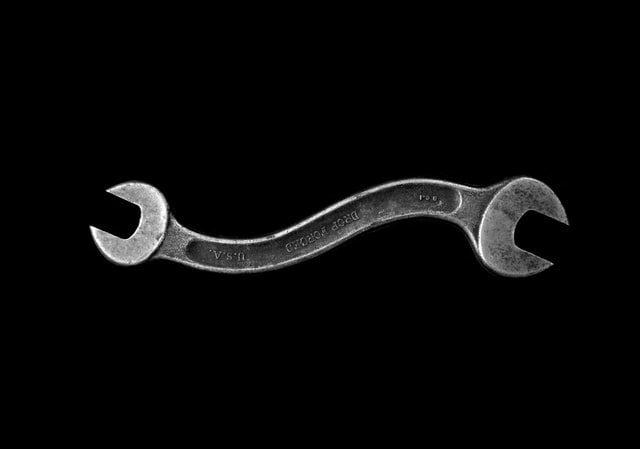 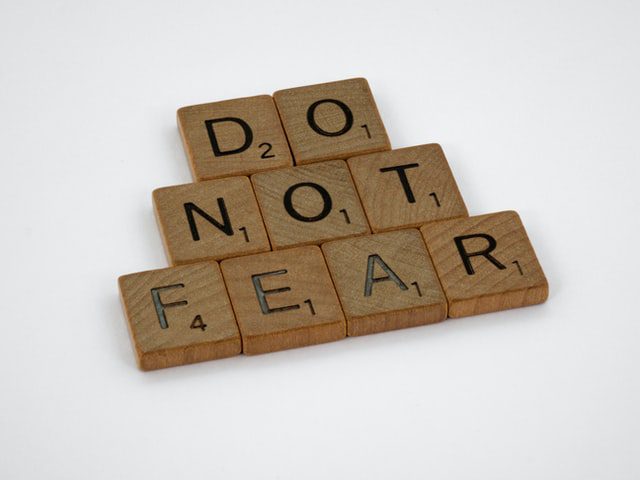 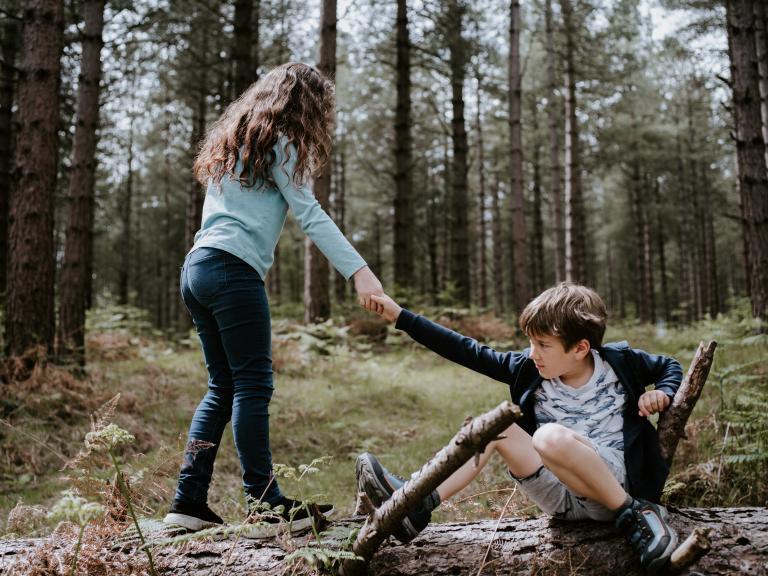