Why Won’t You Wear a Mask?

In our societies, many of us look for ways to compare, contrast, compete and sometimes condescend others. We do this for many reasons. A lot of it is based on manufactured offense. The first step is to find ways in which we can identify with or disidentify from others. It’s a way to separate ourselves from those who disagree with us, oppose us, or challenge us. Put bluntly, it’s so we can draw a line in the sand to show a difference between us versus them.

We are all about our differences, aren’t we? After all, difference and diversity are crucial to a system such as the United States. It’s what we are known for- the melting pot. A country that contains so much culture it’s difficult to reduce this country down to one or two generalizations. There is no one face or model that represents our country. Albeit, some would claim we do have a face or model that represents our country. People like my grandmother would say “Trump is the face of this country and we need to do something to change that.” Others insist that the face of this country is a white man.

Right now, I would like for us to consider that the face of our country looks to be covered by a surgical mask. And this model is a basic way for us to identify with or disidentify from.

In the book Arousal: The Secret Logic of Sexual Fantasies, Dr. Michael J. Bader notes that “Identification is a basic way of connecting to others.” (42) Identification “underlies healthy processes of empathy.” When we identify with another, we are more likely to empathize with another and come to understand the other.

This is one of the reasons we need to categorize people and label people and box people in. Otherwise, we don’t know if we can really relate to them. We assume that if you vote Democrat and I vote Republican that we can never be on the same page.

The oddest correlation between the masked and unmasked people is how political it has become. The Left demands masks are worn to prove you care about others whereas the Right claims that masks prove you are a sheep. (Not my reduction, but a general reduction I have observed.)

These false conclusions are pervading our interactions and our social media posts.

By now, especially within the United States, the majority of people identify Conservatives as Christians and Progressives as secularists. If that is correct most of the time (and I am not saying it is, but let’s consider it for the time being), let us look at why this side opts to stay mask-free.

Some opinions suggest that not wearing a mask is a sign of selfishness. But what if it’s a sign of groupishness? Let’s turn to Jonathan Haidt, once more, and open up this idea.

In The Righteous Mind, Haidt aims to argue “that Glaucon was right and that we care more about looking good than about truly being good. Intuitions come first, strategic reasoning second.” Therefore, I tried to demonstrate that people usually just do first, and then think about it later. We don’t think about what we are doing or why we are doing it, but if others in our group are doing it because we are mimetic and also because we are tribal, we just follow along.

The reason to wear a mask or not wear a mask is selfish. Yet, it is also because we are groupish. Hadit articulates:

“Yes, people are often selfish, and a great deal of our moral, political, and religious behavior can be understood as thinly veiled ways of pursuing self-interest. (Just look at the awful hypocrisy of so many politicians and religious leaders.) But it’s also true that people are groupish. We love to join teams, clubs, leagues, and fraternities. We take on group identities and work shoulder to shoulder with strangers toward common goals so enthusiastically that it seems as if our minds were designed for teamwork. I don’t think we can understand morality, politics, or religion until we have a good picture of human groupishness and its origins… And if that is the case…we should expect to find that people care about the appearance of loyalty, not the reality.” (emphasis by the author, 221)

What does this say for the appearance of faith? Christians live by faith. Faith that God has a plan, faith that if we do the right thing, we will be rewarded with eternity. Christians are a group, a special group to some, a select group to others, but a group, no less, that is distinguished by a belief in God the Father, the Son, and the Holy Spirit. A belief that is difficult to prove as tangible and “real” to others, but a belief heavily nested in faith, nonetheless.

If I wanted to demonstrate that my faith in God is strong; if I wanted to showcase that I live without fear, what is one way I could do that? I don’t wear a mask. This is a common response to the “why” based on the conversations and interactions I have had with members of the political and religious Right.

But what if the ones who choose not to wear masks haven’t really thought about it, either. The claim is that wearing a mask protects people from the transference of the virus. If you have the virus and you elect not to wear a mask in public, then sure, that’s a significant problem. You are potentially exposing others to the virus that has shown to be fatal for a very small percentage of the population. And we prefer people to be more cautious about knowingly spreading the virus.

But what if the people that elect to not wear the masks are not doing so for the appearance of being faithful, or loyal, or uncontrollable? What if the people who are not wearing masks simply listened to Dr. Fauci?

Are they groupish? Selfish? Or, are they just listening to “expert advice”?

You be the judge, should you so choose.

For me, I don’t wear a mask. I also seldom go out in public and I cannot remember the last time I was ill. Perhaps some of us just know we don’t or won’t get sick because we have been listening to the experts for long enough to know how important it is to take care of our health, eat properly, let go of stress, and get proper rest.

Those who want to wear a mask, be warned. More and more reporting suggests that it may make matters worse.

Those who refuse to wear a mask, be warned. More and more reporting suggests that you can be arrested for failing to follow with city-wide or state-wide ordinances.

Think about why you are making the choice you are, and from there, you do you.

May 2, 2020
The Masks People Wear and What it Means: Psychology + Coronavirus
Next Post

May 26, 2020 Love, Touch, Breath
Recent Comments
0 | Leave a Comment
"I always enjoy reading your responses and comments jekylldoc but I would be a mess ..."
Nimblewill Dear Trump-Hating Christians: Do You Want ..."
"Hi Danielle...Thank you for your kind words...Apologies for leaving a freaking novel on your page, ..."
Charlie Rivers The Pressure of the Protest: Friendships ..."
"Yep. I am the sarcastic seductress. I am surprised more people haven't seen this yet..."
Danielle Kingstrom No Love? Let Us Remember that ..."
"Yeah. Sarcasm is my fucking middle name. Vulgarity doesn't offend me. If you use swear ..."
Danielle Kingstrom No Love? Let Us Remember that ..."
Browse Our Archives
get the latest from
Danielle Kingstrom
Sign up for our newsletter
POPULAR AT PATHEOS Progressive Christian
1 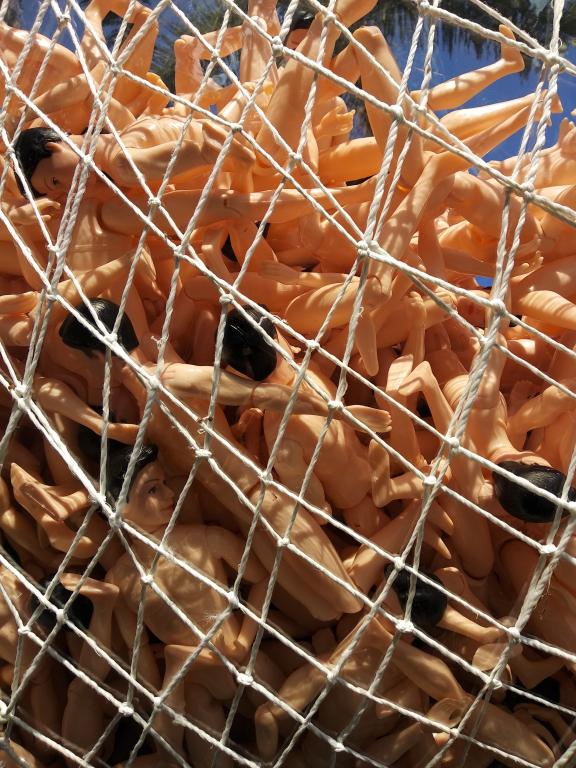 Progressive Christian
The Emptiness of Politics or the Fullness of...
Danielle Kingstrom 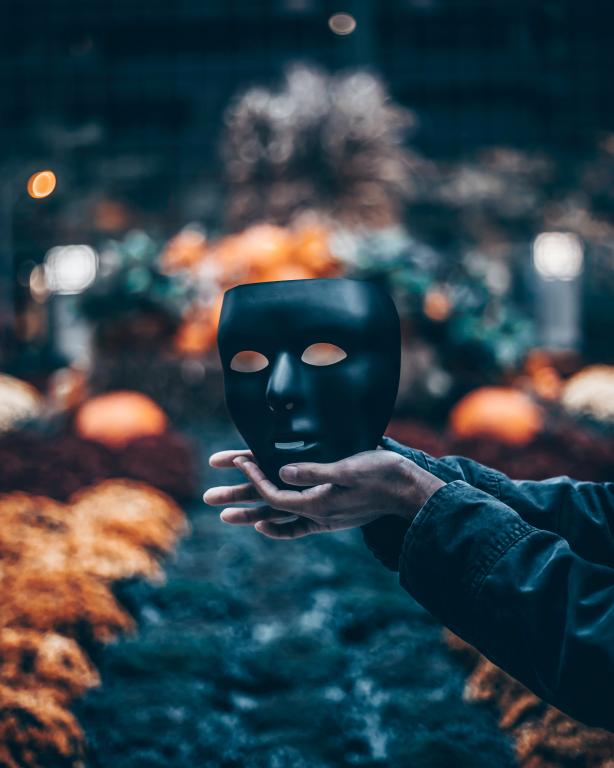 Progressive Christian
The Masks People Wear and What it Means:...
Danielle Kingstrom 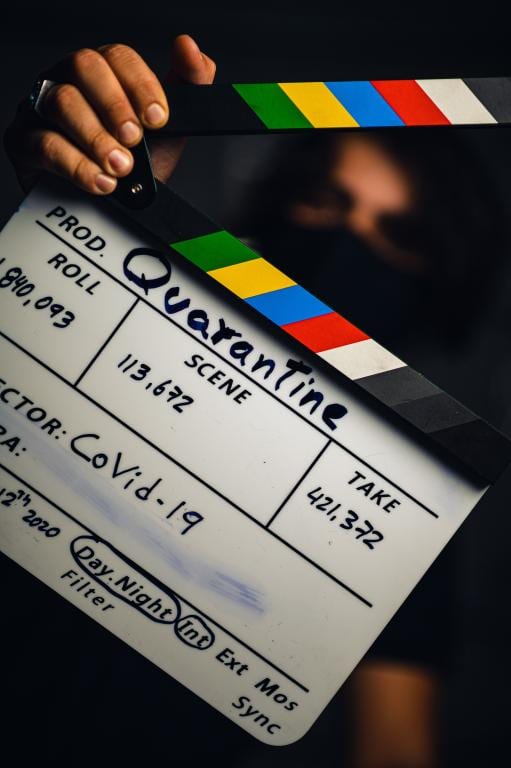 Progressive Christian
During a Crisis, We Must Ask: What Do...
Danielle Kingstrom