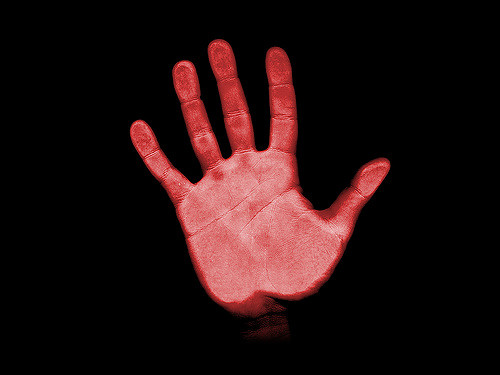 Many years ago, as a member of the leadership team at our charismatic Christian church, I was granted an audience with a bona fide prophet.  This was the late-1980’s and Bob Jones, one of the “Kansas City Prophets,” had come to visit our church.  The Kansas City Prophets (which would be a great name for an alt-rock band) were a group of men who came to prominence in the charismatic Christian subculture and who propagated a theological doctrine called “Latter Rain.”

1) In the Hebrew scriptures, in 1 Kings 18, there is a story about a terrible drought in the land.  The prophet Elijah promises the king that rain is coming.  Elijah tells his assistant to climb up a mountain and look toward the sea for incoming rain clouds.  The servant does so six times but each time sees nothing.  On the seventh try the servant sees a cloud “no bigger than a person’s hand.”  This soon expands and turns into a torrential rainstorm.

2) In the New Testament letter to the Ephesians (written several hundred years after 1 Kings), Paul speaks of how the churches (which at that time typically met in homes) should function like a body.  This is one of Paul’s favorite metaphors for the church; an anti-hierarchical vision where no one is more or less necessary than anyone else.  In chapter 4 of Ephesians, Paul says, “The gifts [Christ] gave were that some would be apostles, some prophets, some evangelists, some pastors and teachers, to equip the saints for the work of ministry, for building up the body of Christ, until all of us come to the unity of the faith and of the knowledge of the Son of God, to maturity, to the measure of the full stature of Christ.”  [In 1 Corinthians 12 Paul uses a slightly different list–“To one is given through the Spirit the utterance of wisdom, and to another the utterance of knowledge according to the same Spirit, to another faith by the same Spirit, to another gifts of healing by the one Spirit, to another the working of miracles, to another prophecy, to another the discernment of spirits, to another various kinds of tongues, to another the interpretation of tongues.”–but his primary point is the same, which is that “there are varieties of gifts, but the same Spirit; and there are varieties of services, but the same Lord; and there are varieties of activities, but it is the same God who activates all of them in everyone. To each is given the manifestation of the Spirit for the common good.”]

The link between 1 Kings 18 and Ephesians 4 is the number five.  In Ephesians Paul appears to list five “gifts” to the church: Apostles, Prophets, Evangelists, Pastors and Teachers.  This is referred to in charismatic circles as the “five-fold ministry.” Five is also (usually) the number of fingers on a hand.  So, using the type of allegorical scripture interpretation popular among charismatics, the cloud “no bigger than a man’s hand” in 1 Kings 18 which turns into a life-giving rainstorm is seen as a metaphor for the five “fingers” of ministry Paul spoke of in Ephesians, which will bring the church to fullness of maturity and (it is extrapolated) will usher in a “latter rain” of Christian blessing and revival upon the earth (it is conveniently ignored that Paul gave other lists describing spiritual gifts, longer than five, in other New Testament letters).

This is essentially the Latter Rain narrative, and many charismatic Christian churches still subscribe to it.  And so the goal is to “raise up” people functioning in these five roles in order to facilitate a global outpouring of the Holy Spirit (with accompanying signs and wonders and miracles and mass conversions) the likes of which have never been seen before.

During my brief encounter, I sat down across from Bob Jones, as each member of our church’s leadership team had done.  He was an old man with a thick Arkansas accent and a twinkle in his eyes, known and loved for his folksy way of speaking and his eccentricities (which many years later we would find out included coercing women to undress in front of him in his office so that they might “stand naked before the Lord” to receive prophetic messages).  My meeting with Jones went like this: he held up one of his hands, palm toward me, fingers splayed, and told me to put my hand against his–palm to palm, finger to finger, thumb to thumb.  Then his hand began to twitch.  The twitching was most pronounced on his middle finger.  “Evangelist,” he declared.  And with that, my moment with the prophet was over.  Like the Sorting Hat in Harry Potter that assigns students to Gryffindor, Ravenclaw, Hufflepuff or Slytherin, I had just had my spiritual gift and ministry identified (as evangelism) based upon which finger on the prophet’s hand twitched the most.

Here’s the thing: I can’t recall–before or since that meeting with Jones–ever leading anyone to Christ.  I’m not an evangelist by any measure.

In subsequent years I’ve had others helpfully try to identify my spiritual gifts, using less bizarre methods and more expansive rubrics than the simple “five-fold” template that was in vogue among charismatics at the time of my audience with Bob Jones.  Some churches and ministries, with the best of intentions, think it is useful to identify their constituent’s spiritual gifts in order to help develop them.  Sometimes the gift or “gift mix” ascribed to me by others has fit relatively well (anyone can look at the work I’ve tended to do in church and in my career and say, “teacher”).  Other times the “gift assessment” given me has been as ill-fitting as Jones’ was.

While some may derive comfort and affirmation and a sense of purpose from having their spiritual gift(s) identified, I have also seen a very negative side: people are labeled and categorized.  I have seen people be denied opportunities to engage in church projects (for which they might have been quite helpful) because “that’s not your spiritual gift.”  And I have seen people suffer rejection and existential angst because they didn’t seem to fit anywhere into the menu du jour of recognized spiritual gifts.  And I’ve seen plenty of people believing they are prophets run around proclaiming “prophetic words” that were complete horse-pucky.

Maybe God is more creative than five or seven or twelve or twenty-five spiritual gifts to choose from.  And maybe what’s more valuable is simply learning to discern the movements of the Holy Spirit within oneself and then following those leadings.

I think in some churches and movements far too much emphasis has been placed on discovering spiritual gifts as a way of deploying people.  What if, instead of trying to prescriptively and predictively identify people’s spiritual gifts, in order to then channel them, we instead (as Paul seemed to do) identify people’s gifts descriptively after the fact–after they’ve been observed?  “Hey, so-and-so is good at this, let’s see if she wants to do more of it.”  Or, “Hey, so-and-so has a desire to try this, how can we provide an opportunity and support her?”  This, of course, implies ongoing relationship and interdependence within a church community, rather than The Prophet blowing in from out of town to sort everyone out.  I can say with confidence that I have a gift for teaching, because I’ve done a lot of teaching over the years and it seems to go pretty well.  I didn’t need someone to prophecy that over me at the outset and I don’t need to carry around a label for it.  And maybe I can do other things also (except evangelism).  Maybe I should try and see.  Maybe someone else has no business telling us what we should and shouldn’t do because of what they think our “spiritual gifts” are (or aren’t). 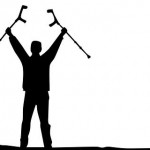 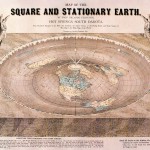 July 8, 2017 Flat-Earthers
Recent Comments
1 Comment | Leave a Comment
"And they're both privileged and overwhelmingly White!"
Ivan T. Errible An Appreciation of Unitarian Universalists
"I did not comment to stir the pot, however i have had my comments deleted ..."
Brianna LaPoint Presence and Process
"there are a lot of people i disagree with because of my own experiences. You ..."
Brianna LaPoint Presence and Process
"sounds cool"
Brandon Roberts Intention
Browse Our Archives
Related posts from Buddhist-Christian-Quaker 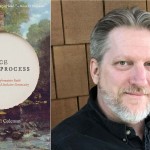