On living stipends for General Authorities

The scandal du jour that’s agitating the embittered ex-Mormon hive (and that’s, perhaps, concerning some wavering Latter-day Saints, and even possibly a few very faithful ones) is the revelation that members of the First Presidency and other General Authorities receive a living stipend that puts them roughly on the level of the average American college professor (of “full” professorial rank).

I like this response from Steve Smoot, who’s currently studying Egyptology at the University of Toronto:

In other shocking news, it was revealed today by leaks of top secret documents that the ancient Levites received compensation for their services at the tabernacle (Numbers 18:21).

Another highly classified leak, this time of one of the LDS Church’s most closely-guarded and secret texts (Doctrine and Covenants 42:71–73), also revealed that Mormon scripture expressly allows for ministers of the gospel to receive support from “the property which is consecrated to the bishop.”

First, the dollar amount, although it’s not minuscule, isn’t all that large.

Consider, for example, the three members of the First Presidency. President Monson holds an MBA, but he was called as a full-time mission president at 31 and as an apostle at 36.  Is it really to be expected that he should have lived and supported a wife and family without any income?  From his very early thirties?  President Eyring holds master’s and doctoral degrees in business administration from Harvard University.  President Uchtdorf was Senior Vice President for Flight Operations and Chief Pilot for Lufthansa German Airlines when he was called into full-time Church service.  The amount of money these men receive while serving full-time on behalf of the Church is far below their commercial-market potential.

Consider, too, the members of the Quorum of the Twelve Apostles.  I count two heart surgeons, three lawyers (with degrees from Chicago, Stanford, and Duke), and two Harvard MBAs.  One of them holds a doctorate in organizational behavior.  One, with a Yale Ph.D., was the president of a large university (as, for that matter, were two others).  Three were highly successful businessmen before their call to life-long Church service.  Their professional credentials are such that the stipend amounts mentioned simply aren’t that remarkable.  In fact, they’re quite low.

Second, some critics are saying that the figures that have been leaked reveal the Church to be lying and hypocritical about its claim that it doesn’t have a paid ministry.

But let’s think about this.

There are roughly 4000 stakes and districts in the Church, and somewhat more than 30,000 wards and branches.  Let’s not even count the counselors.  Let’s not count area authority seventies or scoutmasters or high councilors or Relief Society presidents or any of the other unpaid workers in the Church.  That still makes something on the order or 34,000 bishops and branch and district and stake presidents.  None of them are paid.

There are currently, by my count, 108 General Authorities.  That’s 0.00317647058 of the number of local unit leaders (bishops and stake, district, and branch presidents) in the Church.

That roughly 1/3400 of the Church’s principal leaders at any given time are assigned to full-time work that allows no outside employment, and that those few are then given a stipend to support them and their families, scarcely makes the idea of the Church’s unpaid clergy a “hypocritical lie.”  And remember that all of those assigned to such full-time ecclesiastical work have already given many years of unpaid volunteer service prior to their calls.

It can hardly be expected that these men should give their full attention, basically twenty-four hours a day and seven days a week, to the work of the Church for many years of their lives, and sometimes even for decades — often traveling, many times living abroad — without any income to support them and their families.

And the Twelve and the First Presidency are never permitted to retire.

Third, some critics are claiming that, by receiving such stipends, Church leaders are guilty of “priestcraft,” which is condemned in the Book of Mormon.

But this is how the Book of Mormon defines priestcraft:  “Priestcrafts are that men preach and set themselves up for a light unto the world, that they may get gain and praise of the world; but they seek not the welfare of Zion” (2 Nephi 26:29).

But there is absolutely nothing in the leaked documents to so much as suggest that the General Authorities don’t “seek . . . the welfare of Zion.”  There is absolutely nothing to suggest that they’ve “set themselves up for a light unto the world, that they may get gain and praise of the world.”  They were called to these positions, for one thing.  They didn’t apply for them.  And very many of these men certainly took massive cuts in income by accepting the Church’s call.  Which seems an odd way to seek gain.

I happen to know personally that one now deceased senior member of the Twelve sometimes wondered, a bit wistfully, where his career might have gone had he not been called as a General Authority.  He was just hitting his stride as an executive on the east coast of the United States.  There were big things ahead of him . . . and then his business days were suddenly over.  He wondered how far up he might have gone.  Not really out of regret, but out of curiosity.

Far from palatially rich, they weren’t even very remarkable.  If these men are enjoying lavish perks, those perks are far from obvious.

I’m thinking right now of one emeritus Seventy, well into his nineties, who lives with his wife in a small, humble apartment north of Salt Lake.  My wife and I have come to know them rather well.  It’s decorated with modest keepsakes of the many, many years that they spent together presiding over a mission and a temple, serving in area presidencies, and so forth.  He still goes into an office two or three times a week, working on new Spanish and Portuguese editions of the scriptures.

I actually have no problem whatever with the fact that clergy in other faiths are paid.  I object, of course, to fraudulent healers who fleece the innocent and to a few television evangelists who build vast corporate empires from which they take massive financial profit.  But most priests and pastors work long hours for quite inadequate monetary compensation.  I admire their sincere devotion.

I’m reminded of a story about President Heber J. Grant’s call to the apostleship.  He received a letter shortly thereafter from a business acquaintance in (I believe) San Francisco.  This man wrote saying, effectively, that he had always supposed that the leaders of the Mormon Church were scoundrels.  Now that Elder Grant was among them, though, he realized that he owed them all an apology, because he knew that Heber J. Grant, a man whose integrity he knew and respected, would never be part of such a thing.

It must be remembered that the First Presidency and the Twelve and the Seventy and the Presiding Bishopric were all, prior to their appointment to full-time service, ordinary missionaries and home teachers and elders quorum presidents and priests quorum advisors and high councilors and bishops and high priest group leaders and stake presidents and Young Men’s presidents and scout leaders.  They weren’t cynical scam artists any more than ordinary ward members everywhere are, because they were ordinary ward members who’ve simply been plucked out of their local lives and given special worldwide assignments.  How likely is it that they suddenly became greedy exploiters of other ordinary Latter-day Saints upon being called as General Authorities?

I presume that I’ll have to come back to this topic.  Such massive scandals as this tend to live on and on.  Until the next one, at least.  But this entry will suffice for now. 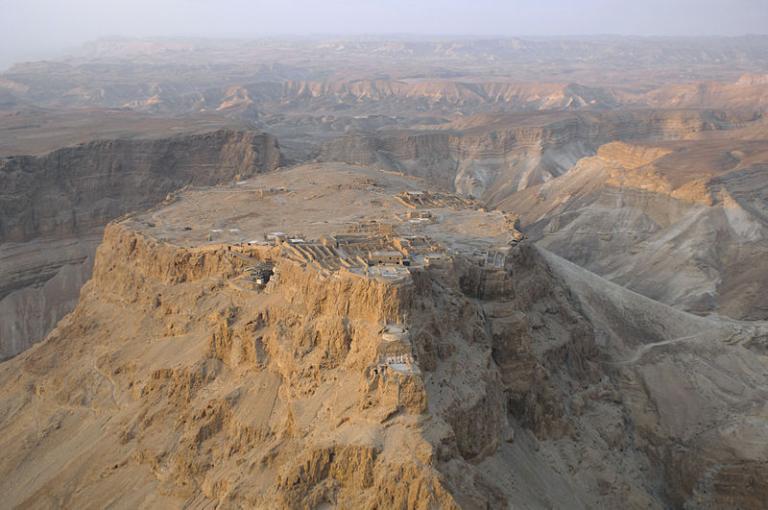 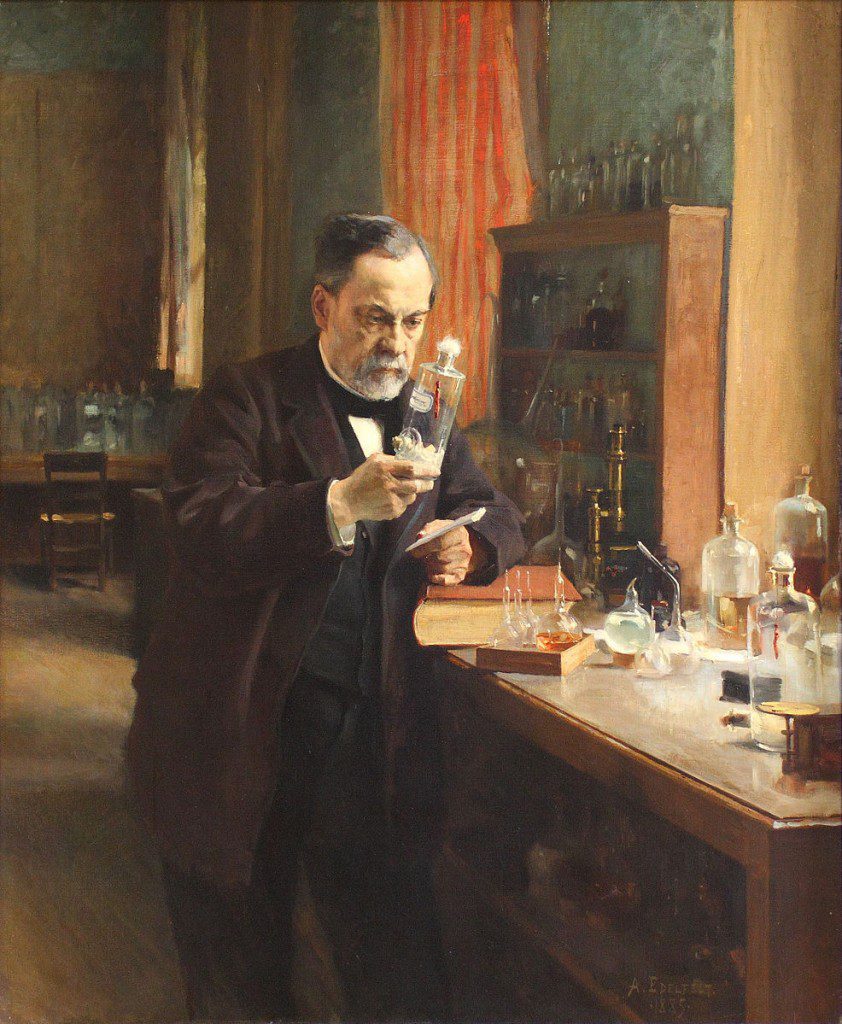