More on race and the Gospel

I’ve read a couple of interesting newspaper articles recently on the experience of being a black Latter-day Saint:

“The Case for Black Mormons”

(Thanks to Tarik LaCour for bringing the item above to my notice.)

“Speaking to the pain of a black Mormon woman”

I find it simply appalling that any active, communicant, thinking Latter-day Saint would ever descend to using insulting racial epithets.

I quote from remarks given by President Gordon B. Hinckley during the priesthood session of the April 2006 General Conference of the Church of Jesus Christ of Latter-day Saints:

“I have wondered why there is so much hatred in the world. We are involved in terrible wars with lives lost and many crippling wounds. Coming closer to home, there is so much of jealousy, pride, arrogance, and carping criticism; fathers who rise in anger over small, inconsequential things and make wives weep and children fear.

“Racial strife still lifts its ugly head. I am advised that even right here among us there is some of this. I cannot understand how it can be. It seemed to me that we all rejoiced in the 1978 revelation given President Kimball. I was there in the temple at the time that that happened. There was no doubt in my mind or in the minds of my associates that what was revealed was the mind and the will of the Lord.

“Now I am told that racial slurs and denigrating remarks are sometimes heard among us. I remind you that no man who makes disparaging remarks concerning those of another race can consider himself a true disciple of Christ. Nor can he consider himself to be in harmony with the teachings of the Church of Christ. How can any man holding the Melchizedek Priesthood arrogantly assume that he is eligible for the priesthood whereas another who lives a righteous life but whose skin is of a different color is ineligible?

“Throughout my service as a member of the First Presidency, I have recognized and spoken a number of times on the diversity we see in our society. It is all about us, and we must make an effort to accommodate that diversity.

“Let us all recognize that each of us is a son or daughter of our Father in Heaven, who loves all of His children.

“Brethren, there is no basis for racial hatred among the priesthood of this Church. If any within the sound of my voice is inclined to indulge in this, then let him go before the Lord and ask for forgiveness and be no more involved in such.”

I posted something last night about in-groups, out-groups, and possible prejudice among the Nephites:

“Some items on racism and the Gospel”

There’s a short essay in the current (September 2017) issue of Scientific American that strikes me as curiously relevant to the topic of skin color and “curses” in the Book of Mormon:  The latest iteration of Steve Mirsky’s regular column, “Anti Gravity,” is titled “The Face of Evil.”  His subtitle reads “Not every movie villain has terrible skin, but it helps.”  Essentially, Mirsky is reporting on a study’s finding that, while famous movie villains commonly have obvious skin problems, prominent movie heroes tend to be unblemished.

I think the connection between perceived skin defects and perceived wickedness is intriguing.

Incidentally, some of my more unhinged anonymous critics enjoy publicly pronouncing me a racist, which is, in today’s America, one of the worst and potentially most damning accusations that can be leveled at anyone.

In that light, I think it amusing to report on my participation in a little online test:

“Quiz: Can You Name These Famous Black Historical Figures?”

I didn’t find the quiz especially difficult, and I scored 100% on it.

Perhaps my unhinged critics would score 100%, as well.  It would be slightly interesting to know.

August 29, 2017
On the alleged indeterminacy of Mormon doctrine
Next Post

August 29, 2017 "Things fall apart, the center cannot hold"
Recent Comments
0 | Leave a Comment
"If you say so...."
Lefthandloafer Breathtaking Audacity
"It still feels like I am being punished on Wikipedia because I had the audacity ..."
JohnPackLambert On Brigham Young and Violence (1)
"One correction: I do believe that the address given by J. Anette Dennis - "His ..."
Lefthandloafer Breathtaking Audacity
"To the Cathedral the universities are literal monasteries training young adults into the shock troops ..."
The Last Danite Should religious colleges and universities be ..."
Browse Our Archives
Related posts from Sic et Non 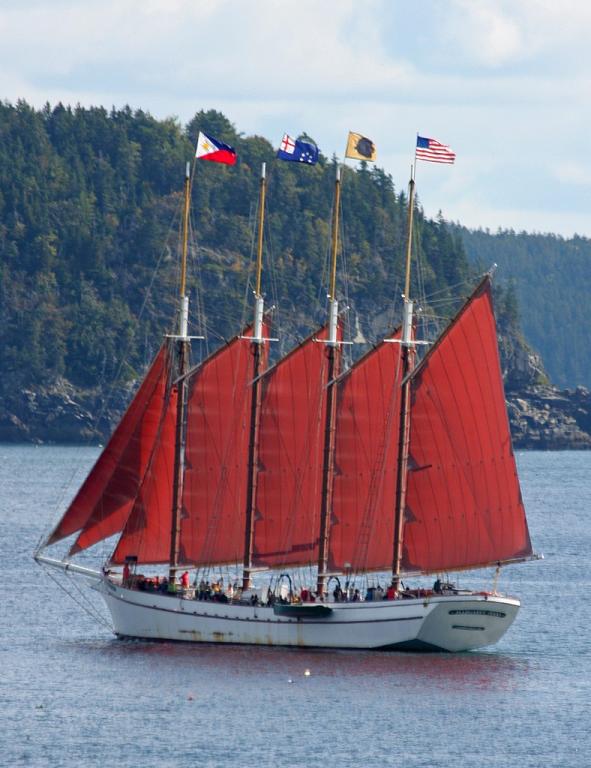