Why do Latter-day Saints tend to reject evolution?

My attention was called some time back to a 2014 blog article titled “So just what do Mormons think about evolution?”  According to this article, Latter-day Saints are among the least evolution-friendly religious groups in the United States.

I have no reason to reject the article, but I think that I would like to unpack things just a bit.

Latter-day Saints tend very noticeably to disagree with the proposition that “Evolution is the best explanation for the origins of human life on earth.”

Does this mean that they tend to reject evolutionary explanations of Earth’s biosphere altogether?  Perhaps.  Certainly I know Latter-day Saints who do.

But I ask myself how I would be inclined to answer the question.

More on that in just a moment.  First, though, permit me to say something about myself.  I’m routinely accused of being anti-evolution and even of being a young-Earth creationist (i.e., believing that the Earth was formed only a few thousand years ago).  The accusation is untrue.  For one thing, I have absolutely no reason to question the current estimate of the age of the Earth, which is roughly 4.54 billion years.  I don’t think that I’ve ever, even as a child, believed in a “young Earth.”  For another, I believe that the evidence for evolution is overwhelming.  Darwin’s theory is one of the most powerful scientific insights ever achieved.

That said, do I consider evolution to be the best explanation for the origins of human life on earth?

In one sense, Yes.  It seems to account for the wide variety of organic life that we observe around us.

In another sense, No.  I’m not sure that Darwinism (or anything else) has actually yet accounted for the absolute origin — the first appearance — of terrestrial life.  Maybe it will, but it hasn’t done so yet, and all we have thus far is a promissory note that a naturalistic explanation will someday be found.

But this is nitpicking.  I would answer No in another and more important sense, too.  Let me explain:

Evolution comes with ideological baggage.  There is no particularly religious objection to relativity or quantum physics, or to Mendelian genetics, or to the germ theory of disease, or to string theory, or to plate tectonics and continental drift, or to most of the other major scientific ideas of our time.  Why is there so much Sturm und Drang surrounding neo-Darwinian evolution?

Evolution, by contrast, affects — or is thought by many to affect — human notions of our nature and our status in the universe, and of the nature of the universe itself, in very fundamental ways that are often regarded as demeaning and/or threatening.  Germ theory does none of that.  Nor do studies of DNA or speculations about subatomic particles.

Listen, for example, to the vocal British evangelist of atheistic evolutionism Richard Dawkins:  “The universe we observe has precisely the properties we should expect if there is, at bottom, no design, no purpose, no evil, no good, nothing but blind, pitiless indifference.” Or consider the case of the social Darwinist Adolf Hitler, who dismissed humanity as “a ridiculous cosmic bacterium.” “I am freeing man from . . . the dirty and degrading self-mortification of a false vision called ‘conscience and morality,’” he explained.

Or — similar comments might be multiplied a thousand-fold — listen to Anthony Wallace, of the University of Pennsylvania, who predicted back in 1966 that

the evolutionary future of religion is extinction. Belief in supernatural beings and in supernatural forces that affect nature without obeying nature’s laws will erode and become only an interesting historical memory. To be sure, this event is not likely to occur in the next generation; the process will likely take several hundred years . . . but as a cultural trait, belief in supernatural powers is doomed to die out, all over the world, as a result of the increasing adequacy and diffusion of scientific knowledge . . . the process is inevitable.

Or consider this 1994 statement, from Cornell University’s William Provine:

When Darwin deduced the theory of natural selection to explain the adaptations in which he had previously seen the handiwork of God, he knew that he was committing cultural murder. He understood immediately that if natural selection explained adaptations, and evolution by descent were true, then the argument from design was dead and all that went with it, namely the existence of a personal god, free will, life after death, immutable moral laws, and ultimate meaning in life. The immediate reactions to Darwin’s On the Origin of Species exhibit, in addition to favorable and admiring responses from a relatively few scientists, [was] an understandable fear and disgust that has never disappeared from Western culture.

Religious — and specifically Latter-day Saint — discomfort with evolution isn’t so much about science as such, I strongly believe, as it is about what evolutionary doctrine is sometimes thought to entail beyond biology.

Are such entailments really necessary or inevitable?  Certainly some evolutionists claim that they are.  But there might be another way of looking at the matter.  Darwin himself wrote, in the last paragraph of the first edition of his 1859 classic On the Origin of Species, that

There is grandeur in this view of life, with its several powers, having been originally breathed into a few forms or into one; and that, whilst this planet has gone cycling on according to the fixed law of gravity, from so simple a beginning endless forms most beautiful and most wonderful have been, and are being, evolved.

And, in a letter to Charles Darwin, the Rev. Charles Kingsley indicated that he had “gradually learnt to see that it is just as noble a conception of the Deity to believe that He created a few original forms capable of self-development into other and needful forms, as to believe that He required a fresh act of creation to supply the voids caused by the action of His laws.”

Am I willing to endorse the view that the best explanation for life on earth is sheer, random, pointless coincidence?  No, I’m not.

So my answer to the question of whether “Evolution is the best explanation for the origins of human life on earth” would need to be nuanced.  But the survey permits no such nuance.

November 7, 2019 Theism and Atheism, Islam and Communism
Recent Comments
0 | Leave a Comment
Browse Our Archives
get the latest from
Sic et Non
Sign up for our newsletter
Related posts from Sic et Non 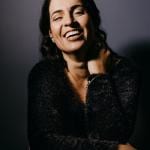