I published this column in the Deseret News just before Christmas 2014:

Jesus wasn’t born on December 25.  Pretty much everybody knows that.  But the precise date of his birth scarcely matters, compared to the sheer fact that he was, in fact, born.

The notion that Jesus is merely mythical, that no historical Jesus ever actually existed, has gained surprising traction among non-scholars over the past decade or two, especially in certain vocally atheist circles.

In an early-2014 interview (http://christian-agnostic.blogspot.com/2014/01/0-0-1-1963-11194-student-93-26-13131-14.html), Princeton Theological Seminary’s Dale Allison, one of the most prominent New Testament scholars now working, suggested that “the recent resurgence of the mythical point of view . . . may be driven in part by the internet. In the past, most of the gatekeepers of the discipline—acquisitions editors—wouldn’t have been interested in the topic. The internet, for better and worse, has changed this. It’s now possible for a movement to make itself felt independently of the big publishers.”

He’s surely right.  As he also is, I suspect, in commenting that, “if I may presume to speak for the scholarly community, my guess is that most New Testament scholars are more annoyed than anything by the renewed debate.”

That annoyance is plainly visible in Maurice Casey’s 2013 book “Jesus: Evidence and Argument or Mythicist Myths” (http://www.amazon.com/gp/product/0567447626/ref=oh_aui_detailpage_o02_s00?ie=UTF8&psc=1).  Casey, who was Emeritus Professor of New Testament Languages and Literature at Britain’s University of Nottingham when he died in May 2014 following a lengthy illness, had been, as he himself said, completely irreligious since his twentieth year.  Nonetheless, he devoted his last book—which has been gently described as “feisty” and “spirited”—to countering the claim that Jesus is an invented fictional character.

And I’ve already written in this space about the prolific New Testament scholar Bart Ehrman, James A. Gray Distinguished Professor of Religious Studies at the University of North Carolina at Chapel Hill (http://www.deseretnews.com/article/765589224/An-agnostics-argument-that-Jesus-did-exist.html?pg=all).  Although he describes himself as “an agnostic with atheist leanings,” he was astonished to realize, only recently, how widespread the view has become that Jesus is myth, not history, and felt himself compelled to write a book firmly answering Yes to the question “Did Jesus Exist?”

Latter-day Saints, of course, are blessed with modern revelation confirming both Jesus’ historical existence and his divinity.  We’re not left to sift through fragmentary, disputed ancient texts hoping to draw provisional inferences.  The Book of Mormon, for example, corroborates many of the details of Christ’s life, including his miraculous birth, miracles, atoning death, and resurrection.

Among the fundamental beliefs separating Christianity from its Jewish and Muslim sister faiths is the conviction that the Lord of heaven became incarnate (literally, “enfleshed”) and dwelt among us—“that God was in Christ, reconciling the world unto himself” (2 Corinthians 5:19).  “For God so loved the world,” testifies the gospel of John, “that he gave his only begotten Son, that whosoever believeth in him should not perish, but have everlasting life” (John 3:16).

It’s in view of this unique Christian doctrine that Orson Scott Card’s statement, which occurs in a brief but profound personal essay published just this past week (http://www.mormoninterpreter.com/christmas-is-about-a-baby/), should be understood:

“So to me, as a boy thinking about Christmas, it seemed that . . . what really mattered about Jesus was not that he was the Son of God, but that he was One of Us.  It is not his difference from ordinary mortals that we should be celebrating, it’s his similarity.”

At that first Christmas, deity became human, fully human, so that humanity might have a path to the divine.  “He descended below all things, in that he comprehended all things, that he might be in all and through all things, the light of truth” (Doctrine and Covenants 88:6).

A very joyous Christmas to all!

December 22, 2019 LDS Inc. (Part 16)
Recent Comments
0 | Leave a Comment
Browse Our Archives
get the latest from
Sic et Non
Sign up for our newsletter
Related posts from Sic et Non 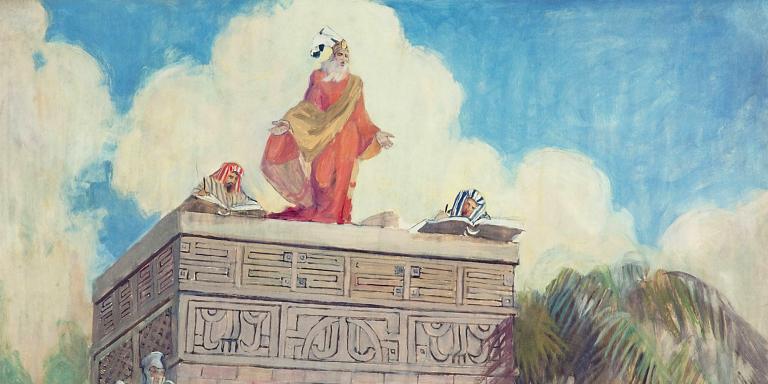