Muhammad’s Reception among the Arabs

In these early days of his prophetic ministry in Mecca, Muhammad reaped much ridicule but few converts. (Among those who did con­vert, however, were some of the greatest names in later Islamic his­tory, names such as Ali, Umar, Uthman, and Abu Bakr. We shall meet them all again.) His call to worship the one God, Allah, and to abandon the worship of the false gods of paganism, fell mostly on deaf ears—the more so since, as we have seen, Mecca derived con­siderable income from the idolatrous worship at its shrine.

The elite of the town felt themselves threatened. In this regard, they were rather like the silversmiths of Ephesus whose income seemed to be menaced by the preaching of Paul and the other Chris­tians.[1] In other words, “priestcraft,” as the Book of Mormon calls it, was at stake here. Eventually, they determined to take some sort of action against the Prophet and against those who followed him. Of the two, however, it was considerably easier to get at the Prophet’s followers. Many of them were slaves or of the lower classes. Thus they had no powerful clan to protect them by means of threatened blood feuds. (The insulting words of the unbelievers to Noah, quoted in the Qur’an, are probably not unlike those to Muhammad: “We regard you as a mortal like ourselves. Nor can we find any among your followers but men of hasty judgement, the lowliest of our tribe. We see no virtue in you: indeed we know that you are lying.”)[2] And for people without tribal protection, as we have seen, there was no government in Arabia to step in on their behalf.

The Qur’an warned the Muslims that believers are not exempt from testing and from affliction, and indeed they were not. “Did you suppose that you would go to Paradise untouched by the suffering which was endured by those before you? Affliction and adversity befell them; and so battered were they that each Messenger, and those who shared his faith, cried out: `When will the help of God come?–[3]

But Muhammad did not wait for God to help. While he undoubtedly trusted in God, he also took action on his own, as any responsible religious leader should. He began casting around for a place where his fledgling community of believers might be safe. He sent one group to Ethiopia, for instance, but that did not prove to be a good long-term solution.

Then the answer walked right up to him. Several days’ journey north of Mecca lay an agricultural oasis by the name of Yathrib. Yathrib was not really a town, but a collection of huts occupied by several different tribes, tribes that did not get along with one another. Life in the settlement was one conflict after another. It was often violent, always unpleasant and prone to disruption. In 620, a group of pilgrims from Yathrib came to Mecca. In the course of their visit, they interrupted their religious observances to make an important offer to Muhammad. They had, they said, heard of his intelligence and his integrity, and they also knew of his interest in getting himself and his people out of Mecca. Would he, they asked, please come to Yathrib? There, he could serve as an arbitrator between the conflicting factions of the oasis. Standing as he did outside any of the tribes, he would be able to stand apart from the disputes and to judge fairly.

Muhammad accepted the invitation on the condition that the people of Yathrib recognize him as the Messenger of God. The delegation accepted his requirement. They were pagans and certainly did not fully realize the import of what they were commit­ting to. It was one of the most important agreements in the history of mankind.

August 8, 2020 Wonderment at the Structure of Cells and the Life-Friendly Universe in Which We Find Ourselves
Recent Comments
0 | Leave a Comment
Browse Our Archives
get the latest from
Sic et Non
Sign up for our newsletter
Related posts from Sic et Non 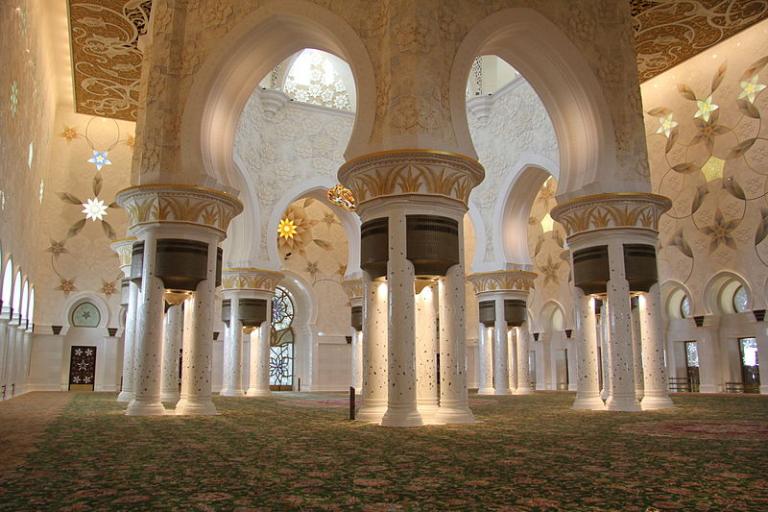