The Origin of Life on Earth: An Insoluble Problem?

The Origin of Life on Earth: An Insoluble Problem? December 29, 2020 Dan Peterson

Among the millions of distinct species on our planet, even the simplest forms of organic life are astoundingly complex.  As the outspokenly atheistic Oxford zoologist and science popularizer Richard Dawkins is said to have observed, the information contained in the DNA of just the cell nucleus of one unicellular amoeba exceeds the information contained in an entire thirty-volume set of the Encyclopedia Britannica.  (Some of you will remember what an encyclopedia was, and what it looked like.  Anyway, the comparison is impressive and striking.). But he didn’t stop there.  If, he said, you were to consider the DNA of the entire amoeba, not merely of its cell nucleus, you would find the equivalent of the information contained in a thousand such encyclopedia sets, not randomly arranged but formulated in very specific sequences of data written in the four-“letter” code ATGC, representing the “bases” adenine, thymine, guanine, and cytosine.

Bill Gates, the founder of Microsoft, has reportedly compared the information in DNA to a computer software program, but a software program far more complicated than anything ever developed by human beings.  Such a comparison raises an obvious question, though:  If you were somehow to come across a previously unknown computer software program — just for fun, let’s have it come from Microsoft — would you seriously entertain the thought that it had come into existence by simple chance, with neither design nor designer?

I share with you some interesting quotations that are worthy of consideration.  I hasten to clarify that, in these quotations, which are reading notes of mine toward a project on which I’m working, I’m not necessarily setting forth my own position, and I’m certainly rejecting neither the geological antiquity of the Earth, nor the great age of life upon it, nor the concept of biological evolution.

In the speculations on the origin of life, the most difficult conceptual problems deal with the complexity of the first organism.  [Hyman Hartman, Journal of Molecular Evolution 4 [1975], 359.  Hyman Hartman is currently a research scientist in the Department of Biology at the Massachusetts Institute of Technology in Cambridge, Massachusetts, and director of the Institute for Advanced Studies in Biology, in Berkeley, California.]

Science, you might say, has discovered that our existence is infinitely improbable, and hence a miracle.  [John Horgan, director of the Center for Science Writings at New Jersey’s Stevens Institute of Technology, as cited by Lee Strobel, The Case for the Creator (Grand Rapids, MI: Zondervan, 2004), 42]

Precious little in the way of biochemical evolution could have happened on the Earth.  It is easy to show that the two thousand or so enzymes that span the whole of life could not have evolved on the Earth.  [Fred Hoyle and Chandra Wickramasinghe, “Where Microbes Boldly Went,” New Scientist 91 [13 August 1991], 412-415.  Sir Fred Hoyle [1915-2001], affiliated for most of his career with Cambridge University, was one of the greatest astronomers and astrophysicists of the twentieth century, and, at the time that the article appeared, his former Cambridge doctoral student Nalin Chandra Wickramasinghe was a professor of applied mathematics and astronomy at the University of Cardiff, in Wales.]

It is extremely improbable that proteins and nucleic acids, both of which are structurally complex, arose spontaneously in the same place at the same time.  Yet it also seems impossible to have one without the other.  And so, at first glance, one might have to conclude that life could never, in fact, have originated by chemical means. [Leslie Orgel, “The Origin of Life on the Earth,” Scientific American 271 (October 1994), 78.  The British chemist Leslie Orgel (1927-2007) was a professor of chemistry at the Salk Institute for Biological Studies in La Jolla, California, and at the nearby University of California, San Diego, who specialized in questions pertaining to the origin of terrestrial life.]

An honest man, armed with all the knowledge available to us now, could only state that in some sense, the origin of life appears at the moment to be almost a miracle, so many are the conditions which would have had to have been satisfied to get it going.  [Francis Crick, Life Itself: Its Origin and Nature (New York: Simon and Schuster, 1981), 88.  The vocally atheistic British theoretical molecular biologist Francis Crick (1916-2004), co-discoverer with James Watson of the double-helix structure of the DNA molecule and co-winner with Watson and Maurice Wilkins of the 1962 Nobel Prize in Physiology or Medicine, served for the last years of his life, right up until his death, as the J.W. Kieckhefer Distinguished Research Professor at the Salk Institute for Biological Studies in La Jolla, California.]

Although at the beginning the paradigm was worth consideration, now the entire effort in the primeval soup paradigm is self-deception [maintained solely] on the ideology of its champions.  [Hubert Yockey, Information Theory and Molecular Biology (Cambridge: Cambridge University Press, 1992), 336.  Hubert Yockey (1916-2016) was a physicist and information theorist who worked under J. Robert Oppenheimer on the Manhattan Project and, thereafter, at the University of California, Berkeley.  He believed that the origin of life is unsolvable as a scientific problem.]

It’s partly on the basis of such considerations that Stephen Meyer, a prominent advocate of intelligent design, declares that “most biologists who specialize in origin-of-life research now reject chance as a possible explanation for the origin of the information in DNA and proteins.”  [Stephen Meyer, “Evidence for Design in Physics and Biology,” 53-111, in Michael Behe, William Dembski, and Stephen Meyer, eds., Science and Evidence for Design in the Universe (San Francisco: Ignatius Press, 2000), 73]

Naturalistic mechanisms are incapable of generating the highly specific, information-rich structures that pervade biology.  Organisms display the hallmarks of intelligently engineered high-tech systems — information storage and transfer, functioning codes, sorting and delivery systems, self-regulation and feedback loops, signal-transduction circuitry — and everywhere, complex arrangements of mutually interdependent and well-fitted parts that work in concert to perform a function.  [William A. Dembski, The Design Revolution (Downers Grove, IL: Intervarsity Press, 2004), 63.  William Dembski, long a pillar in the intelligent design movement, is the son of an evolutionary biologist who had earned an Sc.D. at the University of Erlangen-Nuremberg in Germany.  He himself holds a Ph.D. in mathematics from the University of Chicago and a Ph.D. in philosophy from the University of Illinois at Chicago, as well as a master’s degree from Princeton Theological Seminary.]

December 28, 2020
Martin Harris Testifies in Smithfield, plus "Medieval Christian Views of Hebrew as the Language of Magic"
Next Post

December 30, 2020 On Witnesses to Extraordinary Events
Recent Comments
0 | Leave a Comment
Browse Our Archives
get the latest from
Sic et Non
Sign up for our newsletter
Related posts from Sic et Non 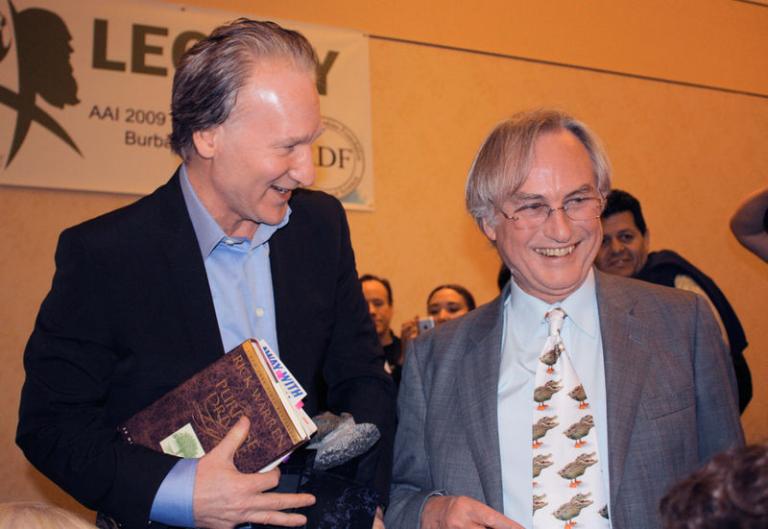