A new little essay (by Dr. Jeffrey M. Bradshaw) went up today on the website of the Interpreter Foundation:

““Worlds Without Number”: Hugh Nibley on Science and Religion”

The science of geography will then be extended to millions of worlds, and will embrace a knowledge of their physical features and boundaries, their resources, mineral and vegetable; their rivers, lakes, seas, continents and islands; the attainments of their inhabitants in the science of government; their progress in revealed religion; their employments, dress, manners, customs, etc. The science of astronomy will also be enlarged in proportion to the means of knowledge. System after system will rise to view in the vast field of research and exploration! Vast systems of suns and their attendant worlds, on which the eyes of Adam’s race, in their rudimental sphere, have never gazed, will then be contemplated, circumscribed, weighed in the balance of human thought, their circumference and diameter be ascertained, their relative distances understood. Their motions and revolutions, their times and laws, their hours, days, weeks, sabbaths, months, years, jubilees, centuries, millenniums and eternities, will all be told in the volumes of science.

I try to keep my eye upon current scientific developments, at least to the extent that a non-specialist is able to do so in a few scattered minutes each week.  Here are a couple of interesting recent items:

“Watch this beautiful, high-resolution simulation of how stars are born: The STARFORGE simulation accounts for all the phenomena thought to influence the birth of new stars”

“LIGO and Virgo detected a collision between a black hole and a mystery object: Gravitational wave measurements put the object’s mass between a neutron star and a black hole”

Sir John Charlton Polkinghorne, KBE (Knight of the British Empire), FRS (Fellow of the Royal Society), is an English theoretical physicist, theologian, writer, and Anglican clergyman.  He was a professor of mathematical physics at the University of Cambridge until he resigned his professorial chair to study for the priesthood, becoming an ordained priest of the Church of England in 1982.  He served as the president of Queens’ College, Cambridge, from 1988 until 1996.  The passages below are extracted from John Polkinghorne, “Belief in God in an Age of Science,” in Eric Metaxas, ed., Life, God, and Other Small Topics (New York: Plume/Penguin, 2011).

A lot of people, a lot of my friends in the scientific world, are both wistful and wary about religion.  They are wistful because they can see that science doesn’t tell you everything.  They wished there to be a mystique — a broader, deeper, story of science than they can tell — but they are wary of religion because they know that religion is based upon faith and they think that faith is shutting your eyes, gritting your teeth, and believing six impossible things before breakfast, because some unquestionable authority tells you that is what you’ve got to do.  They don’t want to do that, and I don’t want to do that.  I guess that you don’t want to do that.

I think that we have learned that all forms of rational inquiry are a little bit more subtle than concluding with knockdown proof, knockdown argument.  Even in mathematics, Kurt Gödel taught us that any mathematical system of sufficient complexity to include arithmetic, which means the whole numbers, will contain statements that can be made which can neither be proved nor disproved within that system.  So, there is all openness, even in mathematics.  In fact, a little act of faith is involved in committing myself to the consistency of a mathematical system.  It cannot be demonstrated.

Not many people lie awake at night worrying about the consistency of arithmetic, but nevertheless, that is the case.  So, I think we have learned that the proof in the knockdown rationale of the clear and certain ideas of the Enlightenment program which Descartes put on the agenda is a glorious, magnificent program, but it is a failure.  No form of human life has that kind [of proof].  Science, though it certainly produces convincing theories, does not, I think, produce proof.  (25-26)

One of the things I am always trying to encourage in myself and others is to take a rich and generous view of the world we live in, the multilevel reality within which we live; for example, to believe — as I do, indeed, believe — that the personal is as important, indeed more important, than the impersonal; that the unique and unrepeatable is as significant as the repeatable.  Science is concerned largely with the impersonal and the repeatable.  (29-30)

Finally, on a rather related note, an observation attributed to Woody Allen:  “Can we actually know the universe?  My goodness, it is hard enough finding your way around in Chinatown.”

May 19, 2021
Non-Attachment and the Doctrine of Sealing for All Eternity
Next Post 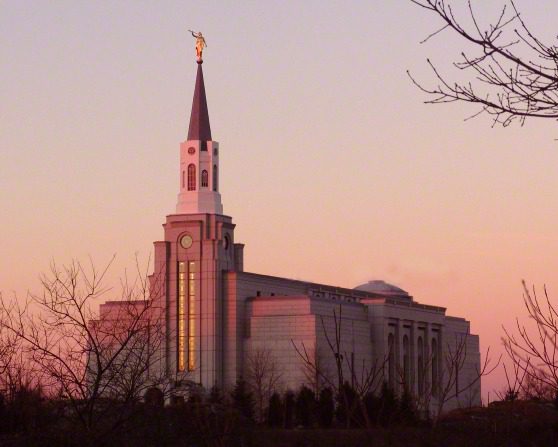