Alcohol, Chocolate, Keeping Promises, and Seeing the Cosmos with the Eye of God

Three new items went up on the website of the Interpreter Foundation yesterday, and I’ve been tardy in calling your attention to them:

Between 7 March 1954 and 17 October 1954, Hugh Nibley delivered a series of thirty weekly lectures on KSL Radio that were also published as pamphlets. The series, called Time Vindicates the Prophets, was given in answer to those who were challenging the right of members of the Church of Jesus Christ of Latter-day Saints to call themselves Christians.

This lecture considers the second of two twin pillars of conventional Christianity: tradition, specifically traditions within the Church and how the Church breaks other Christian traditions.

Audio Roundtable: Come, Follow Me Old Testament Lesson 31 “Thou Art Come … for Such a Time as This”: Esther

The Interpreter Radio Roundtable for Come, Follow Me Old Testament Lesson 31, “Thou Art Come … for Such a Time as This,” on Esther, features Martin Tanner, Bruce Webster, and Kris Frederickson. It has been extracted from the 19 June 2022 broadcast of the Interpreter Radio Show. The complete recording of that particular episode of the show may be heard at https://interpreterfoundation.org/interpreter-radio-show-June-19-2022/. The Interpreter Radio Show can be heard weekly, on Sunday evenings from 7 to 9 PM (MDT), on K-TALK, AM 1640 or via the Internet at ktalkmedia.com.

Another generous contribution from Jonn Claybaugh of concise notes for teachers and students of the Church’s “Come, Follow Me” curriculum.

And here is a quartet of science-related links that I hope you too will find of interest:

“Huge new global study says no alcohol level safe for those under 40: The study, funded by the Bill and Melinda Gates Foundation, says some over 40 may benefit from a small amount, but other research says no”

The horrible treatment of the Uyghur minority under Chinese Communist rule should neither be ignored nor forgotten.  Here are a few links that I’ve gathered over the previous six months or so but neglected to share:

The American Conservative:  “Chamath Tells An Ugly Truth: Billionaire venture capitalist says neither he nor anyone else really cares about Uyghurs persecuted by Beijing. To our shame, he’s right”

Real Clear Religion:  “The Uyghurs in China: An Inconvenient Genocide”

Associated Press:  “Uyghur county in China has highest prison rate in the world”

Farid al-Din Attar, who died in the early thirteenth century, is one of the greatest of all Muslim mystics.  His most famous work is a lengthy allegorical poem entitled Mantiq al-Tayr, which is typically rendered in English as The Conference of the Birds or The Parliament of the Birds.  It’s full of little sermonettes and stories and exhortations, subordinate to the overall plot of the story that it relates.  Here is one of them, as translated by Afkham Darbandi and Dick Davis:

A Moslem fought an infidel one day

And as they fought requested time to pray.

He prayed and fought again – the infidel

Then asked for time to say his prayers as well;

He went aside to find a cleaner place

And toward his idol bowed his face.

The Moslem, when he saw him kneel and bow,

Said: “Victory is mine if I strike now.”

But as he raised his sword for that last stroke,

What promises are these, you faithless cheat?

His blade was sheathed when you asked him for time;

For you to strike him now would be a crime –

Have you not read in Our Koran the verse

‘Fulfill your promises’?  And will you curse

The word you gave?  The infidel was true;

He kept his promises, and so should you.

You offer evil in return for good –

With others act as to yourself you would!

The infidel kept faith with you, and where

Is your fidelity, for all your prayer?

You are a Moslem, but false piety

Is less than this poor pagan’s loyalty.”

The Moslem heard this speech and went apart;

Sweat poured from him, remorse accused his heart.

The pagan saw him as if spell-bound stand,

Tears in his eyes, his sword still in his hand,

And asked: “Why do you weep?”  The man replied:

He told him of the voice that he had heard

Reproaching him when he would break his word,

And ending said: “My tears anticipate

The fury of your vengeance and your hate.”

But when the infidel had heard this tale,

His eyes were filled with tears, his face turned pale –

“God censures you for your disloyalty

And guards the life of His sworn enemy –

Can I continue to be faithless now?

I’ll burn my gods, to Allah I will bow,

Expound His law!  Too long my heart has lain

Finally, I received this item just a few minutes ago.  These concerts are regular events at the Brigham Young University Jerusalem Center for Near Eastern Studies, and they’re really quite good:

Please join us this coming Sunday, 24 July at 8pm, (11 am MT in the U.S.) when we host Ilya Friedberg, Israeli pianist – a winner of multiple international competitions. Friedberg, together with musicians from the Israel Philharmonic Orchestra: Saida Bar-Lev, violin, Sharon Cohen, violin, Yoni Gertner, viola and Gal Nyska, cello, will play two masterpieces by W. A. Mozart and A. Dvořák.

For more details about the concert, please see the attached program.

July 19, 2022
A questionable extermination and an indisputable explosion
Next Post 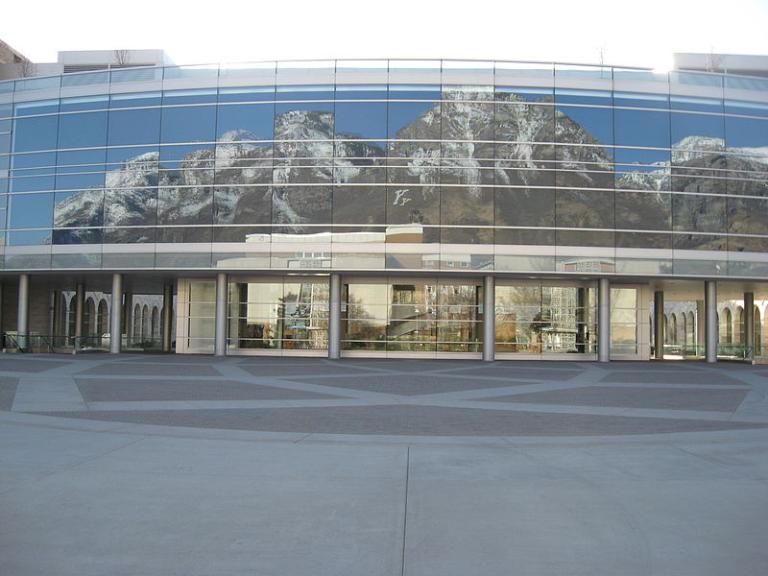