The Creation of the “Helper”: The Importance of Historical Criticism for Religious Readers 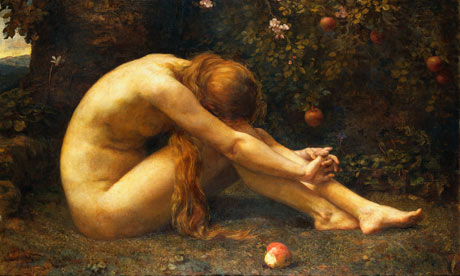 I need to begin this post with a frank confession.  I self-identify as a male-feminist.  I love theological readings of scripture that elevate women to a high religious status.  However, I am also a student of the Hebrew Bible drawn to historical criticism.   Historical criticism refers to an interpretive approach that seeks to read the text “historically,” meaning in accordance with its original historic setting and “critically,” meaning independent from any contemporary theological perspective or agenda. As an expression, “Historical Criticism” is the label that we often use today for mainline biblical scholarship.[1]  So even though as a religious-male-feminist, I appreciate readings of sacred texts that advocate for women occupying a role equal to men, I find it essential to acknowledge that biblical authors did not typically share this sentiment.

Take for instance the story of Eden, which presents the creation of the first woman from the man’s rib.  In addition to the fact that the account presents the primordial man usurping a woman’s ability to use her own body to give birth to other humans, the story clearly depicts woman occupying a socially inferior status to man—a position which we should expect given the account’s historical context.  The story presents woman’s initial role as an ‘ezer or “helper.”

According to this documentary source, God is a gardener, who like a man, literally “plants a garden eastward in Eden, “ and who “causes to grow various trees that were a delight to the eye and good for eating” (Gen. 2:8-9).[2]   Hence, in a type of imitatio dei, man was created to fulfill a similar, albeit lesser role as Yahweh by “working” and “preserving” the garden paradise (Gen. 2:15).[3]   The terms “work” and “guard/preserve” are defined by later usage in the story of the man’s “working” the cursed ground and the lesser divinities (cherubim) “guarding” the tree of life (Gen. 3:23-24).  Eventually, God recognizes that his new creature requires companionship, but the man also needs a helper to assist in his agricultural assignment. “It is not good that man should be alone,” and so the animals are created to fulfill the need (Gen. 2:18).[4]

However, God learns that despite their common basic material source, “the ground,”  fundamental distinctions exist between human beings and the rest of the animal species. This disparity renders the animals unsuitable to assume the role of “helper” in Eden.  Instead, the man requires a “helper matching him” (2:20).  Scholars have devoted considerable attention towards interpreting this phrase.  The idea that “matching him” might convey an equal status is clearly problematic even though studies have shown that the role of an ‘ezer need not denote a position of social inferiority to the person receiving the assistance.[5]   The fact that the animals present themselves to the man in order to receive their names shows that the text perceives the man holding a position of authority over the ‘ezer.  More likely, the term “matching him” denotes the concept of “counterpart” or even “opposite.”  The woman is created only as an afterthought when the animals prove unable to fulfill the role of an ‘ezer.  And, like the animals over whom the man has dominion, the woman is named by the man:  “This one at last is bone of my bones, and flesh of my flesh: she shall be called Woman” (Gen 2:22).

I bring this story up to illustrate why I believe it is essential for religious readers to approach biblical texts critically.  The author views women’s role as that of helper, but this perception reflects an attempt to explain women as they functioned in Israelite society.  It need not be interpreted, even by a religious reader, as a literal divine mandate.  The Bible is a sourcebook, containing a variety of contradictory views on nearly every topic.   I believe that scripture is a tool, a resource that should be used carefully and critically by those who look towards such writings as a source of inspiration.  The Bible comes to us from a world far different from our own.  Historical criticism allows a reader to identify the various perspectives in the Bible and to be critically minded in making informed judgments about its current meaning in our life.

[4]For considerations of the term in its historical and etymological context, see E. Noort, “The Creation of Man and Woman in Biblical and Ancient Near Eastern Traditions,” in The Creation of Man and Woman: Interpretations of Biblical Narratives in Jewish and Christian Traditions (eds. Gerard P. Luttikhuizen; TBN 3; Leiden: Brill, 2000), 1-18; R. David Freedman, “Woman, A Power Equal to Man,” BAR 9 (1983): 56-58; Azila Talit Reisenberger, “The Creation of Adam as Hermaphrodite–and Its Implications for Feminist Theology,” Judaism 42 (1993): 447-452.

January 23, 2014
"Divinity Speaks And It Is So": Limitations of the Prophetic Word
Next Post

January 25, 2014 The Genesis Team
Browse Our Archives
Follow Us!

Key to Your Intuition
We all have intuition, but so often we ignore both the whispers...
view all Latter-day Saint blogs
Copyright 2008-2020, Patheos. All rights reserved.