Biblical Prophets as Checks and Balance 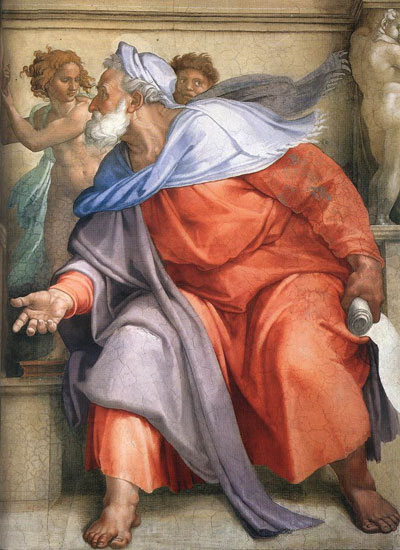 It’s essential for readers of the Bible to be aware of the distinctions between ancient versus modern perceptions. This is especially true for prophetic texts and stories that often confuse contemporary readers. The religious practices and traditions in the Bible did not emerge in a cultural vacuum. Studies in Near Eastern texts show that biblical prophecy was a practice related to concepts and performances that existed outside of ancient Israel.

Prophecy, in fact, was a widespread phenomenon throughout the ancient Near East. It was a respected profession in many Near Eastern cultures. Prophets existed in ancient Egypt, Canaan, Aram (ancient Syria), and Mesopotamia. Their oracles and activities share much in common with prophetic activity in the Hebrew Bible. In these communities, prophets traditionally provided services that are fulfilled by other figures in our contemporary Western society. Today, the prophetic role is fulfilled by religious or political leaders, educators, journalists, writers, musicians, and attorneys. These, in essence, were the professional prophets of antiquity. Prophets were professional diviners who helped define a proper moral course for their community.

“Although some might like to think of prophets as persons from all walks of life who suddenly find themselves possessed of divine spirit and compelled to speak on God’s behalf, most prophets in the ancient world appear to be well-trained professionals who have mastered a set of skills, such as oracular divination, poetic and musical expression, ritual action, and so on, and who might function within the contexts of well-recognized institutions, such as temples, royal palaces, or even roving bands;” (Marvin Sweeny, The Prophetic Literature, 27).

These observations are essential for understanding biblical prophets from a historical perspective.

Prophets were practitioners of the art of prophecy, and prophecy was the means of transmitting divine messages by a human mediator to a third party. The English word prophecy stems from the Greek term prophētēs, meaning “proclaimer.” It refers to one who speaks on behalf of a god or goddess. Throughout the Hebrew Bible, our English word “prophet” most frequently translates the Hebrew word nābī’ (the singular form of Nevi’im).

Some scholars have suggested that this Hebrew term is a “loanword,” meaning a word borrowed from a foreign language without translation. The closest parallel is perhaps the Akkadian word nabītu. This would make the Hebrew word related to the Akkadian verb nabū meaning “to call” or “to proclaim.” It seems likely, however, that the Hebrew word derives from the general Semitic root n-b-’, that would have denoted “‘the one called/named’ by a god.” The related term nabû is attested as a Northwest Semitic noun, meaning perhaps “diviner.”

Over time, the Hebrew word nābī’ came to be used in ancient Israelite and Judean societies as a type of catchall expression covering a wide range of religious figures. Despite the frequency of nābī’, there is not a single word used for “prophet” in the Bible (or in any other Near Eastern source). 1 Samuel 9:9 states that what at the time of its author was called a nābī’ was anciently known as a rō’eh or “seer.” Two other terms that also appear in the Hebrew Bible as words for “prophets” are ’îš [hā]’elōhîm “man of God” and hōzeh “visionary.”

For this reason, the Bible doesn’t contain a consistent prerequisite for what makes a person a prophet. Moses is called a prophet and he served as political and judicial leader, as well as a lawgiver (Deut 34:10). Deborah is called a prophetess and she served as a warrior chieftain (Judges 4:4). Nathan is called a prophet and he assumed the role of a moral advisor to king David (2 Sam 7:2). This brief list shows that the definition of a prophet is a complicated one. It encompassed a variety of different roles. Though biblical figures such as Moses, Miriam, Deborah, and even Samuel are all called prophets, there is actually an important distinction between the way these people acted versus the traditional roles prophets fulfill in the Bible. People like Moses and Deborah were in charge, telling people what to do. They were, if you will, “the system,” in the sense that they exercised direct political and religious authority over their people.

In the traditional meaning of the term, however, prophets such as Elijah, Elisha, Isaiah, and Jeremiah were people who critiqued both the system and those who were in charge. Rather than ruling over the people (in either a religious or a political position), the prophet was a figure who told the king how he should exercise authority in terms of military, cultic, and moral decisions. A classic illustration of prophets fulfilling this role occurs in the case of Nathan, who called out king David’s sin against Uriah, the Hittite:

(1) The LORD sent Nathan to David. He came to him and said, “There were two men in the same city, one rich and one poor. (2) The rich man had very large flocks and herds, (3) but the poor man had only one little ewe lamb that he had bought. He tended it and it grew up together with him and his children: it used to share his morsel of bread, drink from his cup, and nestle in his bosom; it was like a daughter to him. (4) One day, a traveler came to the rich man, but he was loath to take anything from his own flocks or herds to prepare a meal for the guest who had come to him; so he took the poor man’s lamb and prepared it for the man who had come to him.” (5) David flew into a rage against the man, and said to Nathan, “As the LORD lives, the man who did this deserves to die! (6) He shall pay for the lamb four times over, because he did such a thing and showed no pity.” (7) And Nathan said to David, “That man is you! Thus said the LORD, the God of Israel: ‘It was I who anointed you king over Israel and it was I who rescued you from the hand of Saul. (2 Sam 12: 1-7).

We also see the prophet as political outsider confronting the king in the story of Elijah the Tishbite:

Elijah the Tishbite, an inhabitant of Gilead, said to Ahab, “As the LORD lives, the God of Israel whom I serve, there will be no dew or rain except at my bidding.” (1 Kings 17:1)

And finally, though many more examples could be cited, we find the prophet Isaiah assuming the role of political critic advising the king:

But the LORD said to Isaiah, “Go out with your son Shear-jashub to meet Ahaz at the end of the conduit of the Upper Pool, by the road of the Fuller’s Field. 4 And say to him: Be firm and be calm. Do not be afraid and do not lose heart on account of those two smoking stubs of firebrands, on account of the raging of Rezin and his Arameans and the son of Remaliah. (Isaiah 7:3-4)

In order to succeed, every society needs a series of proper checks and balances. In the United States, we have an executive, a legislative, and a judicial branch of government. In ancient Israel, prophets provided the check and balance for the king, the upper class, and the religious leaders who controlled the cult. This was their primary function.

For historians, biblical prophecy is a religious tradition that evolved out of the general Near Eastern view that the will of deity can be revealed to a human mediator and that revelation was directly relevant to the proper course a community should follow. This explains why with its ability to ascertain the divine will, prophecy was often viewed as a highly respected, if not essential professional trade. Every king, every court, every community needed a good band of prophets.