Among progressives, Martin Luther King, Jr Day might just rank ahead of every other federal holiday on the calendar. Whereas Columbus Day often brings out no small amount of criticism over America’s colonial past from progressives, the Rev. King’s birthday offers us a prime opportunity to reaffirm our commitment to condemning racism and injustice in America.

White progressive Christians such as myself pride ourselves in holding the right beliefs — orthodoxies, really — on these matters that defined the Rev. King’s work. But I fear that, in truth, we resemble less the scores of marchers who courageously took to the streets of Selma and Birmingham with King and more the frozen white moderates to whom King addressed his castigating Letter from a Birmingham Jail.

So, this weekend, instead of listening to the stirring highlights of King’s famous speeches, I wonder if our time might be better spent re-reading King’s Birmingham Jail letter to white moderates. This weekend, in addition to rightfully calling out America’s racism — overt and otherwise, we might also check our progressive penchant for sanctimony with a hard look in the mirror.

Because if we are to wonder at the increasing gap between the rich and the poor, if we are to marvel at the resilient ongoing racism and its effects, if we are to shake our heads at the injustice that

overflows like curdled milk in the land of freedom and justice, then we could do worse than confessing our own willingness largely to go-along-and-get-along with the comfortable status quo while assuaging our guilt with the clanging gong of right belief in the continuing evils of racism.

In the Birmingham Jail letter, which still cuts as sharply as it did during the Jim Crow era, King criticizes the comfortable whites who yearn for justice without action or urgency. He had thought that white ministers would be among the Civil Rights Movement’s strongest allies rather. Instead, they “remained silent behind the anesthetizing security of stained glass windows.” In fact, he writes, these ministers holding this right belief constituted the greater stumbling block to justice than the outright murderous racists of the Ku Klux Klan or White Citizen’s Council.

That’s exactly where King ended his life, as an extremist. His work for justice became even more radical in his later years, moving beyond the issue of race as he spoke out against the Vietnam War and engineered the Poor People’s Campaign for economic justice. These stances — drawn from his passion for the gospel — alienated him even from a number of his supporters.

Let’s not forget in our celebrating his work this weekend that much of what he envisioned for America remains unrealized, and let’s not allow a federal holiday to sanitize King’s radical, gospel message of economic and racial justice nor his prophetic critique of the state.

And let’s be honest.

Because, if we are honest, while things are better than they were in the 1960s, there is more injustice for all than the other way around, no matter what we pledge to the flag. Jim Crow has risen again in the form of a prison state, economic injustice is ascendant, and the dream remains just that, a dream.

And his words, from one of his final speeches, remains true today — truer perhaps:

“You know, Jesus reminded us in a magnificent parable one day that a man went to hell because he didn’t see the poor. And I come by here to say that America, too, is going to hell, if we don’t use her wealth. If America does not use her vast resources of wealth to end poverty, to make it possible for all of God’s children to have the basic necessities of life, she, too, will go to hell.”

If that won’t make us extremists for justice, then I reckon nothing will.

Letter from a Birmingham Jail, here.

Martin Luther King, Jr.: A Proper Christian Failure, my reflection on King’s ultimate failure and why that makes him a prophet.

The New Jim Crow: Mass Incarceration in the Age of Colorblindness, perhaps the most important modern book on race and injustice. It will make you sick and open your eyes. 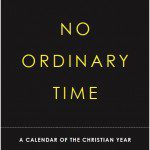 January 3, 2012
The Redemption of Time: The Christian Calendar as Civil Disobedience
Next Post