Fear Will Be the Big Winner on Super Tuesday

Lots of people are voting today.

And if I had to put money on it, I’d bet a large number of people aren’t voting for someone they love, but someone who best reflects their greatest fears back to them.

Drumpf has been the most explicit, of course, in the exploitation of fear, but if you listen carefully, most things our politicians say are embroidered or supported by fear.

But let’s be honest. More often than not, we vote our fears, not our beliefs. We call it “the lesser of two evils.” Or we label it a “protest vote.” We couch it in terms of “electability.” But really what we’re voting for are our fears.

That’s who wins almost every single election. Not a Republican or a Democrat. Not a vision for a country.

Fear will be the big winner on Super Tuesday.

If you’re voting for Donald Drumpf, you might just be voting for your fear of Mexicans, Muslims, migrants, and people of color in general.

If you’re voting for Hillary Clinton,you might just be voting for your fear of a Republican in the West Wing.

If you’re voting for Marco Rubio, you might just be voting for your fear of a Democrat in the Oval Office.

We tend to vote based on fear.

I’m not even going to argue against the things we fear. I’m convinced fear gets a bad wrap. Fear can be normal, natural, and healthy expression of our humanity. At the very least, fear isn’t going away any time soon. We experience fear because it has served a really good, evolutionary purpose for most of human existence. It can be put to terrible uses, of course. That’s indisputable. Politicians can wield it for power and with terrible consequences for sure. Fear might even be among the easiest of emotions to exploit for harm.

Whatever the case, it’s a deeply powerful, even primal, emotion. Maybe that’s why Christians (and Star Wars fans) everywhere talk about fear as if it is the greatest evil imaginable. “Fear not!” they say, just like the angels announcing the presence of the divine. But as a rule, commanding people to stop being afraid is about as useful as telling people not to think about pink elephants. The moment you tell someone to stop being afraid, they get more afraid and more willing to double down with a dozen more reasons why you should be afraid too. Just like you probably just imagined what a pink elephant would look like.

When my son comes to me in the middle of the night, scared after a bad dream, it does him (or me!) no good for me to roll over and tell him to “Fear Not!,” that there’s really nothing to be afraid of. Dismissing his fear only amplifies it. What he and everyone else are after in those moments of fear are companionship and solidarity, a reminder that we aren’t alone even though the shadows of death seem to have grown long and oppressive.

As Christians, the feeling of fear shouldn’t be a reason to shame others or ourselves but a signal to walk with folks, to enter more deeply into relationship.

That’s how we learn not to fear, not by ending fear but by talking to it, by exposing ourselves to it, by entering into relationship with it.

“Because fear can cause us to isolate ourselves into echo chambers of the like-minded in order to ease our anxiety. Fear can cause us to worry about our own comfort and security at the expense our neighbors. But in the kingdom of God, with God’s help, fear can be a signal, not to withdraw but to enter more deeply into the lives and experiences of our neighbors with love and with generosity.

That, to me, is what it means when the prophets and angels say, “Fear Not for the Lord is with you.” That doesn’t announce the end of fear. It’s the transformation of it from something with the potential to divide, wound, and destroy and into something that can heal, unify, and save.

In other words, when fear shows up, we as the people of God are called to follow a different way, to create a different paradigm built on beloved community, on generosity, and friendship, on the recognition that the person who seems so different from us shares one important mark – the mark of God’s love.”

So find the fear lurking at the bottom of your vote. and make friends with it.

What do you fear? How can that fear be transformed into empathy and relationship?

This post is brought to you by my generous patrons, Denise Williams, Ryan Parker, John Henson, Greg Strong, Kenny Pierce, Carren Sheldon, and many more. If you found this meaningful, please consider supporting my work by pledging  —even just $1 — at Patreon. Thanks for reading Thanks for sharing. Thanks for your support. It means more than you could know.

March 6, 2016 The Parable of the Estranged Family: Re-Imagining the Prodigal Son as a Tragic Family Drama
Recent Comments
0 | Leave a Comment
Browse Our Archives
Related posts from Edges of Faith 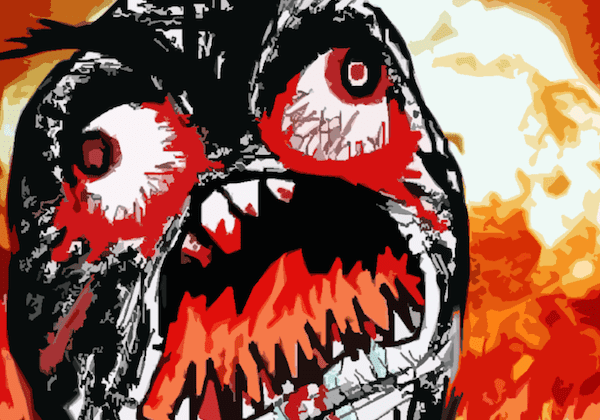