The Parable of the Estranged Family: Re-Imagining the Prodigal Son as a Tragic Family Drama

Last week, as I was watching the Oscars, I was thrilled to see Brie Larson take home the award for best actress for her role depicting a kidnapped woman in the film Room.

You might not have seen it yet, but the film was one of my favorites of the year in part for the way it defied the conventions of most movies involving the kidnappings. Typically, these types of films end when the main character finally escapes to freedom and is reunited with their loved ones. As the camera pans out and the credits roll, these films leave you on an incredible emotional high, feeling warm and hopeful.

In Room, however, the emotional escape and familial reunion doesn’t mark the film’s resolution but its midpoint. Just when you finally catch your breath after the daring escape and are beginning to think the future is bright, the film peels back the layers of deep pain and woundedness that have built up within the entire family during their forced separation.

We begin to realize slowly that being reunited, as moving as it may be, is not the same thing as being reconciled. Each character has years of fear, pain, and blame that has built up over the years like a crust on the soul that needs to be cleared away before they can approach any small sense of normalcy and true reconciliation with each other.

It’s a powerful film, and I couldn’t help see shades of it in our parable from Luke’s gospel today. Because Jesus, too, could have left us with that big, emotional pay-off when the youngest son finally comes home, desperate and starved, into the welcoming and embracing arms of his estranged father.

But Jesus knows us too well to leave us with a happy ending and not reveal the hidden tragedy and pain still lurking in the family. Jesus knows too well that being reunited is not the same as being reconciled. And the father’s welcome, much like the welcoming home of Larson’s character in Room, isn’t the same thing as true healing and reconciliation. That path is much longer and requires much more of us than a party.

Now, this might be hard for us to hear. I get that. Over the course of 2,000 years, Christian tradition has tended to interpret this story metaphorically with God representing the Father and the Sons representing humanity and offering a clear moral about repentance and forgiveness.

And there’s nothing wrong with that. But parables aren’t really intended to be read like Aesop’s Fables with a clear moral for right living. Instead, they are meant to open us up, to invite us to hear anew, to use them as mirrors to peer into our own lives and souls.

So if we manage to bracket for a moment all the centuries of traditional interpretations, we’re left not with a redemption story but a family drama, a tragedy even.

It’s a story we’ve been telling as a human species for as long as we’ve been telling stories. Fathers and sons. Mothers and daughters. Parents and their children. Robert Downey, Jr., and Robert Duvall portrayed it in the recent film The Judge just as Meryl Streep and Julia Roberts did in their film August: Osage County. Merida and her mother Queen Elinor depicted it in the Pixar film Brave. Even something like the original Star Wars is essentially a story of an estranged family.

These are families who love each other but whose relationships are complicated because people are complicated. In these stories, just when we begin to think we know who the villain is we peer a little deeper into the pain of their soul find we may owe them a bit more compassion and a lot less judgment than we initially thought.

In most of these stories, there aren’t any pure evil villains, not even with someone as menacing as Darth Vader. Instead, these are complex, hurting characters trying to find a way to bridge their deep wounds and the deep desire for love and connection over the great chasm of fear that they might not be able to.

So I think we are better off moving past the traditional metaphor of the father as God and the sons as us and thinking about this parable as a complicated family, probably not much different from our own.

If we do this, then the richness of the parable begins to unfold with so many questions that I’d quite frankly like to have answered. 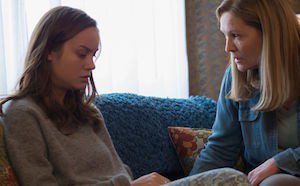 But the thing that has bothered me the most this week is why in the world did the father exclude the eldest son from party? Why did he start the celebration without going out the eldest in the fields as he had rushed out to the youngest on the road? Did he not realize that his eldest was as far away from him in the fields as his youngest was in a foreign country?

Even after they’ve been reunited, they are still nowhere near reconciliation as a family.

It’s kind of like Thanksgiving. It’s all fine and joyful until someone accidentally says something honest, until some long-held resentment or untended pain leaks out at the most inappropriate moment like gravy spilling onto the pecan pie.

It’s messy. And the conclusion is anything but conclusive. There is still so much left to be reconciled. I mean, what would reconciliation actually look like in the Parable of the Estranged Family? Given our Epistle reading today, this is a critically important question for us as Christians. After all, St. Paul tells the Christians in Corinth that we have been entrusted with God’s own ministry of reconciliation as Christ’s ambassadors in the world.

So what would you do if you were the therapist for this family in Luke’s story today to bring about reconciliation?

My guess is your advice wouldn’t be to throw a party.

Reconciliation isn’t easy. It’s often not fun. Or celebratory. It looks less like the party the father threw and more like the Truth and Reconciliation Committee in post-apartheid South Africa. Reconciliation asks us to face our pain and woundedness, to touch the shattered fragments of our souls that we have nurtured and sharpened into resentful blades. Reconciliation only works when we are honest; it fails if we attempt to paper over our pain and hurts with easy, momentary feel-good forgiveness. 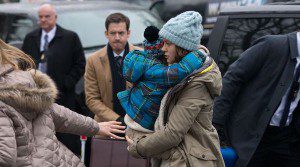 As hospitable and generous as the father is by running to meet the youngest son and throwing an effusive celebration and slaughtering the fatted calf, at some point, the celebration of being reunited will end and the process of being reconciled will need to begin.

In the movie Room, true reconciliation and healing doesn’t begin to happen until the ugly truths and the ugly pain of estrangement bursts through the veneer of celebration that came from being reuniting with those we thought we’d lost.

With that in mind, I want to suggest that the reticence and painful honesty of the eldest brother might make him the best hope this wounded and hurting family has for reconciliation. We often think of the oldest brother as petty, judgmental, or selfish. And he might be those things.

But he’s also honest. He has the courage to face his pain, his feelings of abandonment, and his resentment head-on. And that’s hard to do.

His is the path that might just lead to reconciliation.

That’s because reconciliation isn’t a moment. It’s a lifelong work, a lifelong mission we are called to as Christians. It is hard, painful work. It calls on us to be in touch not only with our pain and the world’s pain, but also with the ways in which we ourselves have caused pain. But it is something our world desperately needs right now.

We need ambassadors for reconciliation. We need people who are so in touch with their wounds that they no longer drain us of life with their pain, but like Christ, become sources of strength for healing others and the world.

March 1, 2016
Fear Will Be the Big Winner on Super Tuesday
Next Post