In Conversation: Jesus, Racism and the Syrophoenician Woman

Last week, I published a lectionary essay exploring the exchange between Jesus and the unnamed Syrophoenician woman. Compared to many of my other posts, it generated a good bit of interest and and even larger bit of interesting conversation. Both on the blog (some 70 comments) and on Facebook, the post got people talking, thinking, conversing, disagreeing. I am really thankful that so many people took the time to engage, and while I cannot feature every single comment and conversation, I did want to highlight a few, especially those who took the time to engage with full-length blog posts, especially those who disagreed with me. (Unless of course it was in one word comments, like, say “Barf!” or “Blasphemy!”)

Now, as a word of preface, I still find the interpretation offered here last week to be the most faithful to the text and most compelling. It’s also not unique to me, I’d like to add. But whenever such vastly different interpretations of a single text arises, it does make one wonder why we interpret so differently. Drawing on philosophers who think of God as a human projection like Marx or Feurebach, it makes me wonder if we use Jesus as a way to shadowbox with our own humanity and whether what we value in Jesus is more or less what we consider idealized humanity. After all, Jesus is the Human One, so it would make sense that we often use him as a symbol for what we understand ideal humanity to be. For some, that has been the ability to grow and change creatively in community. For others, it has been the ability to be all-knowing, wise and the perfect teacher or guide.

If my hunch is true, I do wonder how, in the many ways Christianity has excused Jesus for his comment, do we also excuse ourselves and those we love and hold in esteem of their racism. How is our inability to see Jesus’ racism* reflective of our inability to see our own?

Celia A.H. Kozlowski-Mayor, a former journalist from the U.K., wrote an in-depth piece at her blog Equipoise reflecting on how Jesus teaches us in this exchange that most important of human lessons: how to be wrong and be wrong gracefully, by changing:

“Jesus fell into one of the types of trap that the rest of us stumble into every day. This time it was dismissal, ignoring, or disrespecting people from another tribe. He had already lost a bit of face just by being approached by the non-Jewish woman. Jesus could have “saved face” by not doing the about-face. He could have ignored her. But instead he hears her, tacitly admits his mistake, and changes course. That’s when the love and grace begin. The woman’s daughter is healed; Jesus is redeemed in my estimation; he’s made a mistake, taken it on board, then corrected course. He’s shown us how to handle being wrong.”

Shiao Chong, who writes 3-D Christianity from the perspective of a Reformed Christian, however, thinks I’ve missed the boat a bit. While he agrees with my intention (confronting systemic racism) he disagrees with my methodology. His essay is well-crafted and nuanced, though I will note that he chose to focus not on the lectionary text in Mark but on the parallel story in Matthew. I note this because the Jesus in the Markan text is more confrontational, more curt and more stinging than in Matthew:

Henson’s main point is to recognize the systemic nature of racism in our culture, and not get bogged down with the “blame game” of labeling racists but to focus on how ALL of us need to be willing to change and respond positively … In this, I agree with Henson. What I disagree is having to drag Jesus into the mud of racism, so to speak, in order to get that point across. Basically I disagree with Henson’s interpretation of the biblical passage, even though I agree with his hopes and intentions. …

“And this is why I believe that Jesus was not colorblind because Jesus did not ignore or minimize people’s pain. Neither did he ignore the structural and systemic aspects of injustice and oppression. He may not have dealt with those systemic problems with public policy – was he ever in any social position to do so? – but he is keenly aware of them.”

Fellow Episcopalian The Rev. Drew Downs, however, sees a kind of racism in the text and offers a passionate and engaging video reflection that’s well-worth four minutes of your time to watch. He asks the one question that I think a lot of ministers were asking themselves when they saw this kind of derogatory comment coming from Jesus:

This week, we dive into the text (Mark 7:24-37) which contains a deeply challenging concept for the modernist evangelical Christian, and for many of us that were taught that Jesus is right and always good, and without sin. And yet, it appears that Jesus is not only judgey, but racist! So what do we do with that? What we do is figure out what we’re going to preach. And I don’t only mean the people who are invited into pulpits this Sunday, but in their homes and their personal lives. What are we all going to preach about this text?

The always-excellent minister and author Bob Cornwall, in his weekly Lectionary reflection, does a bang-up job of viewing this text (and others in the week’s lectionary) against liberation theology and social justice. He ties both New Testament texts James and Mark together brilliantly:

What’s interesting is that this woman seems to school Jesus as to what it means to truly welcome the other.   Jesus responds to her request with words that are both harsh and alarming:  “The children have to be fed first.  It isn’t right to take the children’s bread and toss it to dogs.”  Is this the Jesus we have come to love?  Is this the way we should respond to the other?  Do these words represent to us the love of God?  We need to face the reality that this isn’t the way we envision Jesus – and yet, it’s often the way we treat the other. … We need to ask the question – how do we hear this exchange in light of James 2?  Did Jesus have a conversion experience at that moment?  That’s not a very orthodox question, but it’s one we must face.

Sally from Eternal Echoes penned a beautiful, poignant poem that I won’t spoil by posting here. It’s worth a visit to her site.

And, of course, no round-up would be complete without an Internet forum, this one from Beliefnet.

Thanks all for the conversation around this subject. If I have missed your blog post or forgotten to put it in, please post it in the comments so I can update it.

*Note: (For those who quibble with my use of racism, I’ll refer you to something my friend Matthew Worsfold wrote: “David is seeking to read the text and the particular slur as it would have been understood in a 1st century context. He is then doing the work of theology, that is of translating 1st century symbols into 21st century contexts, so that we may understand what God is like.” Matthew can always explain what I mean in much more lucid fashion than I can explain myself. 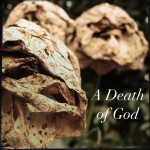 Things Christians Think and Do Not...
Honest to God
Related posts from Edges of Faith